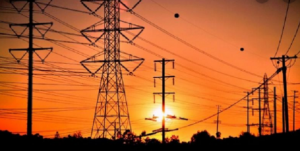 The costly deal reached between the Ceylon Electricity Board (CEB) and ACE Power Embilipitiya, a private power plant, has once again entered the limelight, as electricity experts claim that the country will have to depend on private diesel power plants for at least another four years.

The prediction is made considering the ongoing delays in implementing several already approved Liquefied Natural Gas (LNG) power plants including the 300 MW Kerawalapitiya LNG power plant which is to be built by Lakdhanavi Ltd.

As learnt by The Sunday Morning, the power purchase agreement between Lakdhahanvi Ltd. and the CEB is yet to be signed, despite it being nearly a year since Cabinet gave the green light to the project.

As was reported in the newspaper in February this year, the Government awarded the contract to construct the second phase of the 300 MW LNG power plant in Kerawalapitiya to Lakdhanavi Ltd., overturning a Cabinet decision made by the previous Government.

The reason consistently given by the state-owned CEB for going ahead with costly diesel power is the gap between electricity supply and demand, mainly as a result of the lack of state-owned power plants.

The CEB has been singing the same tune over the past eight years, which is ironic considering the CEB itself should be taking the sole responsibility to construct power plants in the country if they themselves predict that there will be a severe power crisis unless the required power plants are built.

The Sunday Morning’s attempts to get to the bottom of the continuous delays in constructing power plants revealed the following: The delays were due to the requirement of following due processes, delays by the relevant authorities in approving the documents, and most importantly, the inability of the responsible authorities to take stern decisions. 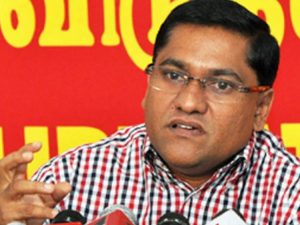 “To build a new power plant, it will take another three years minimum and during that period, the CEB will have to purchase power to meet the demand or else it will have to impose power cuts which is not the solution” CEB Chairman Eng. Vijitha Herath

“We thought that an administration under the guidance of President Gotabaya Rajapaksa will be able to take tough decisions and speed up the delayed processes, but it’s been a year since he was appointed and a new administration took over the management, and a new power plant is yet to see the light of day,” Janatha Vimukthi Peramuna (JVP)-affiliated Lanka Viduli Sevaka Sangamaya (LVSS) President Ranjan Jayalal stressed.

He told The Sunday Morning that the rulers would always go with the flow, as there was no change to any of the corrupt practices under the new Government.

According to Jayalal, while the concerns voiced against these corrupt deals were acknowledged, none of the deals were reviewed or questioned by the authorities at the time.

“Still, we are waiting till these corrupt deals are exposed to the public,” Jayalal noted.

As explained by the LVSS President, the deal reached between the CEB and ACE Power Embilipitiya was one such corrupt deal due to which the CEB incurs millions of rupees in losses per year.

The CEB reached a deal to purchase power from ACE Power Embilipitiya for three years, starting from April 2018.

According to a Committee on Public Enterprises (COPE) report tabled in Parliament last year by the then COPE Chairman MP Sunil Handunnetti, Rs. 76 million is paid monthly by the CEB to ACE Power at the rate of Rs. 1.29 per unit as a capacity charge.

As a result, the CEB would pay Rs. 2,736 million to ACE Power over three years – the duration of the agreement.

The COPE report revealed that ACE Power had offered to sell the power plant to the CEB for Rs. 2,635 million, but the offer was shot down.

The report noted that Ministry of Power and Renewable Energy Secretary Dr. Suren Batagoda had told the Committee that initially, an agreement had been signed for the purchase of electricity from the Embilipitiya power plant for a period of 10 years, which expired in 2015, and as the plant could be used for a further period of time, government approval was sought for further purchases.

It was also noted that, though negotiations were held, the owner did not agree to transfer the plant at the valuation made by the Government Valuer.

As a result, temporary approval was granted by the Cabinet for the purchase of electricity for a period of six months until action was taken to acquire the said plant; this was done taking into account the electricity requirement at the time.

Following discussions with the owner, the agreement was renewed on two occasions, initially for one year up to 2016 and subsequently, up to 2017.

During this period, the Government’s policy was to halt any move to purchase power plants and instead purchase only electricity from private suppliers.

As a result, the agreement between the CEB and ACE Power was extended by another three years with effect from April 2018.

According to the Sri Lanka Electricity Act, the CEB could purchase power from the private sector only in an emergency situation, Jayalal said, adding that the CEB’s top management had extended the agreement with ACE Power, which had been blacklisted by the Public Utilities Commission of Sri Lanka (PUCSL) for violating the Electricity Act too.

Commenting further on the controversial power purchase agreement with ACE Power Embilipitiya, he stressed that the top management who earned commissions from the said power plant had somehow convinced the Government that the country would not receive rain for another three years and therefore, purchasing power from the private sector would be the best solution.

However, the three-year extended agreement is to expire next year.

When contacted by The Sunday Morning, CEB Chairman Eng. Vijitha Herath said the CEB had no option but to further extend the agreement next year after a thorough evaluation and with a cabinet decision, as the CEB would definitely have to purchase electricity from private companies until a new power plant is built.

“To build a new power plant, it will take another three years minimum and during that period, the CEB will have to purchase power to meet the demand or else it will have to impose power cuts which is not the solution,” he said, adding that the only solution to the existing crisis was to shift to LNG power.

“We are in the process of finalising the documentation work needed for the construction and tendering of power plants, and once the LNG plant is in place, costly diesel power will not be required,” he added.

May 14, 2020 byTSM Web Desk No Comments
The Supreme Court(SC) has appointed a five Judge bench to hear the Fundamental Rights (FR) petitions filed against the election date.

Epidemiology Unit Disease Surveillance reports reflect a total of 19,474 cases of dengue reported from 1 January to 21 May.