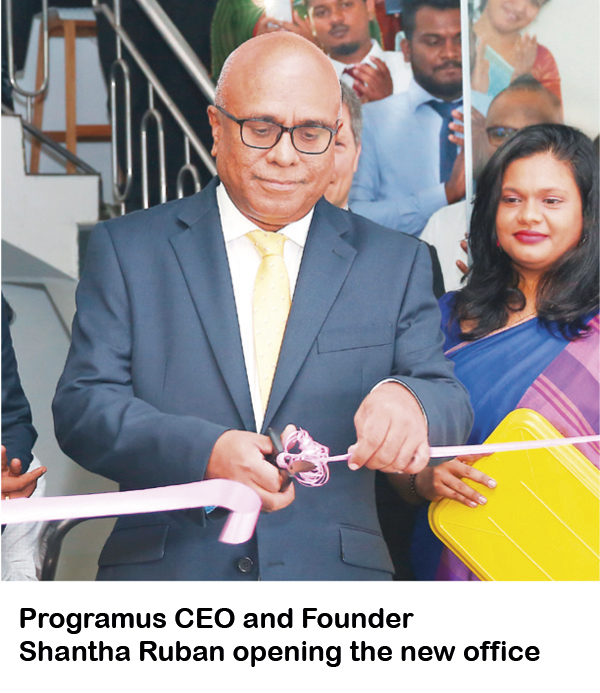 Large-scale events with tens of thousands of attendees can be logistical nightmares for the organisers and could potentially cause massive inconveniences for attendees if not managed well. As every invention is presented as a solution to a problem, it is not surprising that these issues have spawned an industry valued at around $ 900 billion – the event management software solutions industry.

Over the years, the industry has become increasingly competitive with several companies trying to come up with software that could streamline the process of event management. A leading contender in this event management rat race is UK-based Programus, which plans to become the world’s number one event management software company in the near future.

Programus has created some of the world’s leading software to handle telecommunications and event and venue management – Salestar Connect and Optimo, respectively.

You may ask why we are talking about a UK-based company in a Sri Lankan newspaper. Well, interestingly, Sri Lanka happens to be one of their premier international centres. The company first moved their operations to the island around 20 years ago, when it consisted of just three developers and one office manager. Since then, the company has grown steadily, amassing staff amounting to over 100, and opening the doors of a new office in Colombo on 4 September. 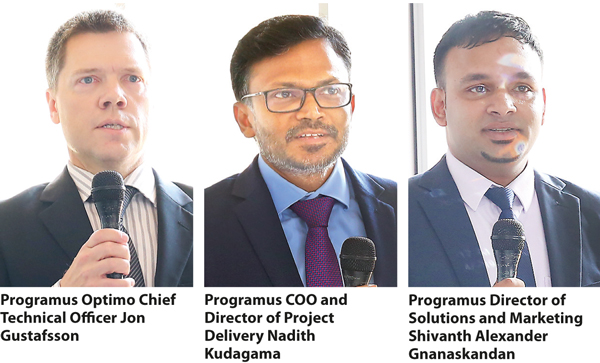 The company has clients from all over the world, and has handled some of the biggest events in the world, including the London Olympics, FIFA World cup, and Formula One races from around the world.

In conversation with The Sunday Morning Business, Programus CEO and Founder Shantha Ruban spoke about their expansion plans in Sri Lanka and stated that the group is looking to invest in other tech companies in Sri Lanka as well.

The latter venture would not have anything to do with venues and the event marketplace; instead, the company is looking at diversifying and investing in different technologies.

Programus has already invested over Rs. 1 billion in Sri Lanka, and plans on giving something more back to the country. Ruban pointed out that this is due to the fact that four out of the 10 directors of the company are Sri Lankan, and also because of the potential Sri Lanka has in the software industry.

Ruban stated that Programus plans to cover at least 50-plus countries in the near future, allowing them to hire more employees and increase investment in Sri Lanka too.

Ruban added that Programus will be opening a second office in Colombo either by the end of this year or by February 2020. He hopes to expand the company’s staff in Sri Lanka to around 500 in the next five to seven years.

Programus COO and Director of Project Delivery Nadith Kudagama stated that the company communicates directly their clients, with no middleman, thereby allowing their staff – from the senior developers to the most junior developers – to interact with the clients and gain the advantage of that exposure.

The company looks to make Sri Lanka a hub for the global event management space by using the country’s currently available talent in the IT industry and grooming them to grow into employees that will make that possible. He explained: “We are not just a back office software development entity here; our staff deals directly with the client, and they get that exposure and the opportunity to work with clients like Formula One, so they become complete professionals by working with us.”

Ruban stated that Programus is a product-based company that does not have the need for thousands of software engineers; instead, it focuses on the niche markets through the provision of innovative and cutting-edge technology, which are the company’s core values, together with industry expertise.

Programus extended their reach to Australia around seven years ago, and started their venture there by capturing the local governments that managed all the government-owned venues in each respective state.

Programus Director of Solutions and Marketing Shivanth Alexander Gnanaskandan stated that the company started with the the city of Stonnington, after which they started expanding to other parts of Australia like Victoria and New South Wales.

“We have established ourselves in terms of market-leading technologies for the types of solutions we offer, where we are currently number one or number two in the industry there. This is because there are no solutions similar to the ones we provide.”

Gnanaskandan went on to explain that the industry needs four main solutions: event and venue management, ticketing, hospitality, and activities and leisure management. He stated that out of these four, the Australian market uses both the ticketing and venue solutions as one integrated solution. In the current stage of the industry, this means that the client would have to go to two separate solution providers in order to satisfy both requirements.

Ruban explained that usually, a client has to go to four different solutions providers for the four solutions, which can be time consuming, expensive, and inefficient.

Therefore, in order to cater to this need and provide a one-stop solution, Programus has come up with software that not only integrates two of these solutions, but all four, in the form of Optimo v4.

Ruban went on to explain that Optimo v4 would be a first-of-its-kind solution, not only in the regional stage, but also in the world stage.

At the moment, their competition would consist of companies that provide standalone solutions. He said: “If you take event and venue management alone and look at the private events, there are several market leaders – like Cvent, which is valued at around $ 1.2-1.6 billion – that we compete with. And even in the ticketing market, we have competitors like Ticket Master, which is valued at about $ 5 billion.”

He explained that the company invested £ 4 million in this new software, and implementing it took four years as the integration of the four solutions happened by design.

“When we looked at the marketplace, we identified six different strategies, one of which was to provide a fully integrated system by design.”

Ruban is confident that this integration would lead Programus to become number one in the world of event management software solutions within the next five to seven years. He stated that his aspiration was further backed by initial modules that were released, which were received positively. “We are confident we will be able to capture this marketplace; it is a huge marketplace and we will become number one when we capture them. Invariably, we will be a multibillion-dollar company rather than a multimillion-dollar one.”

Ruban explained that the entry barrier is very high when it comes to this type of technology. Programus reached that barrier due to its 20 years of learning about the industry and technology, as well as having big brands under their umbrella.

Kudagama added to what Ruban said, stating that the implementation cycle usually takes years because of how complex the problems are, as well as due to the effort of streamlining and finding innovative ways of getting solutions across to customers. This was to reduce the time and risks associated with new system implementations.

“With our experience in the marketplace and industry, we know what the best practices are, and how businesses work. So we want to streamline the process – it’s like a plug and play system that we can still deliver to the enterprise. That way, they’ll reduce the time, cost, and effort, and it will have a big impact on the business.”

Kudagama stated that in order to achieve that, in any context, the technology has to be creative, innovative, and user-friendly in terms of both the system and delivery platform; as their technology is these three things, he stated that he knows they are on the right track.

He said that due to the its design, after having only seen the results for a period of two months in parts of Australia, they decided the system is ready to go live – a time period highly unlikely with any other system.

“When we build these implementations, our customers are not just buying software, they are also buying the solution, and the solution is based on best practices.

“We have specific sectors that we target, and we’ve done this so many times and gone through all these business processes and come up with the best practices on how this should be implemented and how their business rules should work. So in addition to getting the solution, half of our clients’ BA (business analytics) work is also done,” said Gnanaskandan.

Agrahara for all retired state workers with Rs. 650 m from Budget today

March 5, 2019 byCharindra No Comments
National Insurance Trust Fund (NITF) expects an allocation of Rs. 650 million for its ‘Agrahara’ insurance from the Budget to make the scheme available to all retired state sector employees.

May 16, 2022 byNews Admin No Comments
Elon Musk has said his $ 44 billion (£ 35 billion) deal to buy Twitter is on hold after he queried the number of fake or spam accounts on the social media platform.