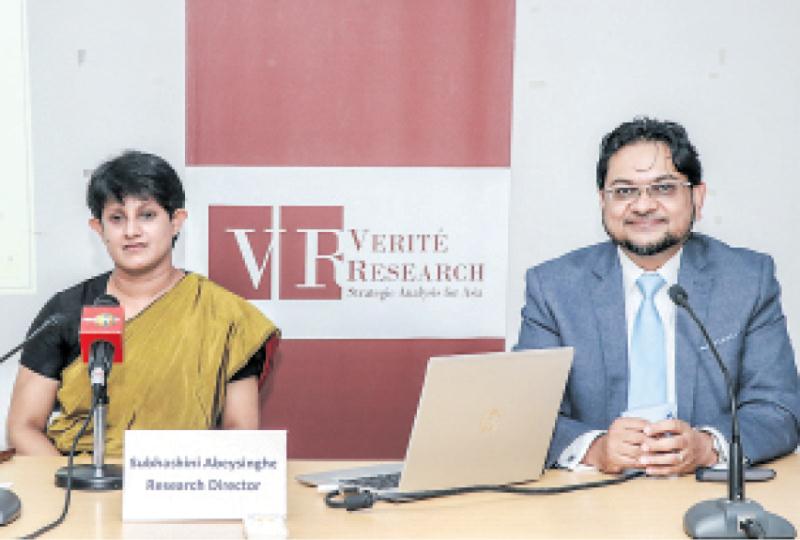 Career or family? It’s an unfortunate dilemma faced by most women as a result of unspoken discrimination against female job applicants.

This discrimination mainly stems from the corporate stigma surrounding maternity leave, the cost and burden of which must currently be borne exclusively by the company. This has traditionally deterred companies from hiring women employees at the interview stage itself, and has long been considered one of the biggest roadblocks women face when starting their professional lives.

In order to curb this bias, 129 countries from around the world have already adopted policies to aid corporations by helping them fund maternity leave benefits (MLBs). Out of these 129, 96 states fully support MLBs while the remaining 33 partially support MLBs.

However in Sri Lanka, private employers still bear the entire cost of MLBs for a period of at least 12 weeks, making it more expensive to hire women than men, thereby leading to discrimination against female job applicants. This issue adds to Sri Lanka’s female unemployment rate which has persistently been two times that of the male unemployment rate.

An analysis done on the extent of disadvantages women face due to not having state-supported MLBs, showcased that this gap in unemployment rates is worse for women of child-bearing age – they are 3.8 times more likely to be unemployed than men of the same age. The analysis done by Verité Research, a private think tank that provides strategic analyses for Asia, and YouLead, United States Agency for International Development (USAID)’s Youth Employment and Business Start-up Programme, was presented to the media on 30 September.

During the media event, Verité Executive Director and Head of Research Dr. Nishan De Mel listed out these disadvantages faced by women in that particular age group. He explained that women in the 20-40 age group secure only 30% of jobs in the private sector, compared to 45% in the public sector.

The analysis also showcased that women in this age group are 6.6 times more likely to be unemployed that women outside the age group.

“Requiring these private companies to shoulder the entire cost of MBLs makes hiring women in the 20-40 age group more expensive. Therefore, women in this age group who are seeking employment outside the public sector are at a disadvantage,” said Dr. De Mel.

He stated the Sri Lankan Government can reduce this discrimination against women and boost female economic participation by shifting the cost of MLBs from the employer to the state. He explained that the state can reduce these disadvantages by allowing entities to set off the cost of MLBs against their taxes.

In fact, MLBs were accounted for in the 2019 Budget, which included a proposal for the state to partially support MLBs through tax deductibility, but the proposal was not implemented. Subsequently, the tax cuts implemented at the beginning of 2020 were worth Rs. 52 billion – 10 times the value of tax concessions necessary to support MLBs. Yet the opportunity to structure these tax concessions in a manner that would fund MLBs was lost.

According to Dr. De Mel, this move would have many positive outcomes for both society and the economy. The analysis predicted that increased female participation in the labour force will increase income flow into households and cushion post-Covid-19 job losses.

“Tax relief for MLBs cost less than other welfare initiatives. Based on 2018 data, we estimated the annual cost of MLBs to be Rs. 4.2 billion. This amounts to approximately 0.25% of tax revenue. In contrast, Samurdhi subsidies amounted to 2.3%, Rs. 39.2 billion of tax revenue.”

The analysis showcased that tax relief for MLBs is more cost effective than the Government’s recent initiative to boost employment. Verité estimated that the Government’s plan to recruit 160,000 workers will cost approximately Rs. 58.67 billion annually, while state-supported MLBs will boost the employment of women for less than one-tenth of this cost.

Society and the state have an obligation to ensure that women have equal opportunities in the labour market. While employers are made to bear the cost of MLBs solely, women will continue to be disadvantaged. Dr. De Mel stated that the state can boost female economic participation and combat this unfair disadvantage against women in the 20-40 age group by including MLBs in the forthcoming 2020/2021 Budget.

When contacted for the Government’s stance on this issue, State Minister for Women and Child Development Piyal Nishantha de Silva refused to comment due to having insufficient information on the subject. De Silva directed us to the Ministry Secretary, who was unavailable for comment at the time of printing. When we contacted the Commissioner General of Labour for the Department of Labour, R.P.A. Wimalaweera, he said he was on leave and requested us to call him tomorrow (12) for comment.

May 2, 2021 byNews Admin No Comments
Private sector players have been openly critical of the proposed new Tourism Act, taking umbrage at the narrowing down of private sector participation in industry governing bodies. The overall thrust