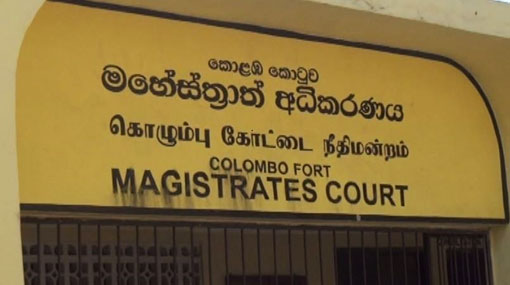 Court issues arrest warrants on Ravi and others

The Magistrate, earlier in the day, had posed a questionnaire to the Attorney General (AG) in order to clarify information regarding certain suspects in the case.

The AG was given until 2.30 p.m. today to submit the relevant information requested by the magistrate.

The order was issued charging the suspects of conspiracy, criminal misappropriation, cheating and market manipulation in regard to the bond auctions of March 2016.

On Wednesday (5), the Colombo Fort Magistrate imposed a travel ban on all the suspects in the case.

October 15, 2020 bythemorningeditor1 liberty No Comments
MT New Diamond Captain Sterio Ilias has pleaded guilty for the charges filed against him before the Colombo High Court.

Isolation order lifted in several areas in Batticaloa and Matale

February 9, 2021 byMihi Perera No Comments
The Department of Government Information has stated that the isolation order has been lifted in several more areas in Batticaloa and Matale at 9 am today.