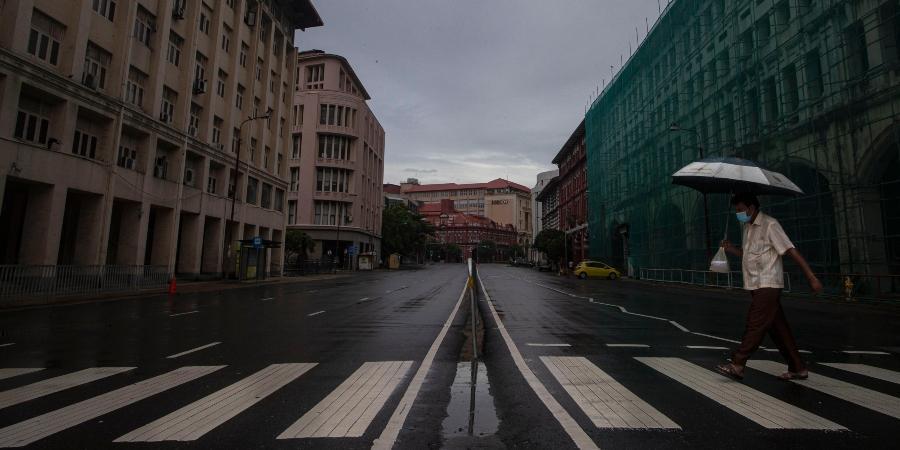 In the grip of the third wave of the pandemic, Sri Lanka is witnessing an average of nearly 2,500 cases a day, attributed to new variants of the novel coronavirus that has proven to be more transmissible than what the country had initially seen.

Earlier this week, the country reported the highest number of Covid-19-related deaths in a day. In this light, travel restrictions had been put in place over the past few weeks to contain further spread of the virus amongst people. However, the effectiveness of the islandwide travel restrictions that had been imposed in late May would only be evident in due time.

The Sunday Morning reached out to several individuals to understand their perspective on the effectiveness of the islandwide travel restrictions.

I believe that the lockdown was implemented for a reason but it seems there are still some individuals finding it difficult to pertain to these restrictions. If not there wouldn’t be cases still coming in.

Maybe it is so due to the possibility to travel for certain services and those being taken advantage of. Therefore in order to control the spread maybe there should be implementations of very strict lockdowns instead of extending these current restrictions as there seems to be no massive improvement.

Although it does seem as if the country cannot handle such measures, ultimately it is up to the authorities to do what needs to be prioritised.

The Government cannot go into a complete lockdown because there is a lack of proper mechanisms in place and execution to serve the vulnerable population. Whatever is in place is corrupt and inefficient.

Unfortunately, there is no immediate solution. However, I would suggest an acceleration of mass vaccinations countrywide, immediate implementation of the second dose of the AstraZeneca vaccine to senior citizens, prioritise the pandemic and stop all unnecessary Government expenditure on MPs, and allocate those funds to provide relief to the vulnerable population and go for a full lockdown rather than half measures like the current travel restriction.

Many were even arrested for violating the regulations that had been put in place. If the people are not going to take the situation seriously, then I don’t think the travel restrictions have served their purpose.

I don’t think the lockdown has been effective in controlling the spread of the virus. People have been going out regardless because it has been difficult for them to provide for themselves and their families, but it has allowed the virus to spread faster.

I just think the authorities need to go for another lockdown in order to get better results, just like the country did in March 2020.

Many public figures had also shamelessly organised various parties and gatherings amongst the restrictions, and that alone says a lot about how effective the restrictions have been.

In theory, an islandwide lockdown should have cut down numbers, but in the past few weeks numbers have remained the same or increased (even with restricted testing in private hospitals) and the number of deaths is also increasing every day.

This lockdown has been largely ineffective due to continued movement and a large number of people breaking curfew for completely unessential and selfish reasons. It’s on us to do our best, but looking at Colombo traffic it would seem like there is no curfew active at the moment.

Many cities and regions are operating with complete disregard, i.e., hotels, tourists, locals and businesses. How could such behaviour end up reducing case numbers? The PHIs themselves have stated the ineffectiveness of the spread control due to individuals and companies indulging in movement/interaction.

The double standard of allowing some to breach curfew without any issue while punishing those who desperately head out in need of essentials such as the brutal killing of a man in Weligama for the apparent crime of searching for food – shows that no lockdown will work while these hypocritical actions take place.

The Government needs to ensure that all the same rules apply to any sector of society and all people should adhere as much as possible to it. Other than that, the best way forward would be to speed up the vaccination process and set up legal camps for it as soon as possible, especially for those awaiting second doses.

In my opinion, the authorities should have taken more stringent measures against those who violated the travel restrictions, but I am aware that many have already been arrested.

The lack of cooperation the general public has shown is also quite unfortunate, and things only seem to be going from bad to worse. Only time can tell if the travel restrictions that had been imposed have been successful or otherwise.

Many people travelled for work and back with permits. I don’t think even many organisations functioned with skeletal staff. Taking all of these into account, I think it’s safe to say that the travel restrictions may not have been as effective as the authorities had hoped for it to be.

Ideally, the best thing to do is to go for another lockdown, however, it would not be without consequences, but if the authorities expedited the vaccination process and made sure the entire population is immunised, then I would say we have a good chance of overcoming this.

I don’t think the travel restrictions have been very effective because the number of positive cases being reported has only been rising at a steady pace. The point was to limit movement so people don’t intermingle with each other as much, however, there hadn’t been a decrease in the number of people going in and out of the capital, as well as in other areas.

If we are to stop further spread, then immunisation is the key. Start rolling out as many vaccinations as possible and get people immunised.

January 23, 2019 bythemorninglk No Comments
The process to draft a new constitution is facing great hurdles, but the Government says it is determined to move ahead and ensure the opportunity at hand is not lost.