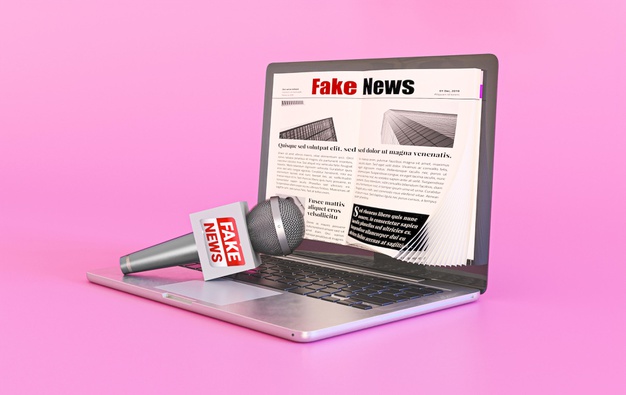 Though the initial draft of the “Fake News” Bill has been completed, many concerns have been raised regarding the recent arrests and possible issues pertaining to the implementation mechanism of the new law while safeguarding the freedom of expression.

Fake news and misinformation are not new. The dawn of the internet and the development of social media networks have made it easier to spread misinformation.

Within this framework, the people have to be informed on how to use the social media platforms in a responsible manner.

In this context, The Sunday Morning spoke to Justice Minister Ali Sabry PC to get knowledge on how the Government is implementing the new law while safeguarding freedom of expression.

Commenting on the current progress of the Bill, Sabry said that the Cabinet has approved the proposed “Fake News” Bill and the initial draft has been completed.

“Currently, the authorities are discussing the draft.”

While adding that the Government has considered the need for freedom of expression and the right to dissent as an integral part of a functional democracy, Sabry noted that once the new legislation is passed, hopefully, most of the issues would be sorted. Currently, the initial draft of the Bill is being debated within expert groups to get a balanced piece of legislation.

While explaining the Government’s move to restrict the fake posts shared on social media platforms, Sabry said that the relevant state authorities specifically mentioned that criticism, satire, or sarcasm is not subject to being categorised as fake news.

He said: “Anybody can criticise; what we are trying to bring is some sort of responsibility in terms of the content that someone is publishing on social media networks. A person must take ownership and as long as that person has confidence in what is shared on social media platforms, there’s nothing to worry about.”

Furthermore, he stated that if a person is trying to incite communal tension, there has to be a legal penalty to prevent such action.

Stating that dissemination of misinformation or disinformation causes damage to the country’s national security, Sabry noted that Sri Lanka is not the only country that would be implementing such a law.

He pointed out that countries all over the world – including Germany, France, Singapore, Malaysia, India, and Pakistan – have introduced similar laws.

“This is because it (fake news) has become a menace. If a person is not using these platforms with responsibility and shares things that would be a threat to the country’s security, that would be a problem.”

Overbroad interpretations of the law

According to the views shared by Attorney-at-Law Suren Fernando on the Government’s move to criminalise fake news, if any authority or official is trying to provide overbroad interpretations of the existing laws which were intended to stop other acts and trying to make very broad interpretations in terms of the legitimate exercise of freedom of speech, which includes the ability to criticise the Government or any other person or to defend themselves, then that could be an abuse of power and the violation of fundamental rights.

Referring to this Section as an example, Fernando said that some people had highlighted that Section 120 of the Penal Code states that a citizen can’t excite feelings of disaffection against the Sri Lankan state.

“This is a misinterpretation. If we look at the explanatory note for that Section, it is mentioned that ‘it is not an offence under this Section by intending to show that the State has been misled or mistaken in measures, or to point out errors or defects in the Government or any part of it, or in the administration of justice…”

While stating that the International Covenant on Civil and Political Rights (ICCPR) Act criminalises hate speech, Fernando said that if the information/speech is not used to incite violence or to commit an offence, then it should not be criminalised.

He said: “At the same time, if we are talking about stopping forms of speech on the notion that they might create panic, then you have to question the reported incidents such as certain individuals saying that if schoolchildren are given tabs, they will become sterile, and if you eat kottu roti from a particular place, you’ll become sterile. What action can be taken on those posts which were shared earlier? So, it is a question. If the law is interpreted in a particular way, it has to be applied uniformly.”

Referring to the Supreme Court (SC) case named “Jana Gosha”, Fernando said that at that time, the Court cautioned that if any person tries to restrict the peaceful exercise of the right to dissent, the person is indirectly encouraging that dissent to be exercised in a violent way.

He said: “If people are not able to exercise their rights peacefully, then they will be forced to find other ways to express their displeasure.”

The Sunday Morning also spoke to various media organisations to get their views on how to safeguard freedom of expression while combating fake news.

Sharing his views, veteran journalist and Professional Web Journalists Association Chairman Freddy Gamage said: “The Government is trying to prevent the massive criticism against certain failures in the Government by suppressing social media which has become a social platform for these criticisms.”

He claimed that the Government is preparing to bring the law to the forefront to intimidate individuals and to suppress the social opinion that is being formed against the wrong actions of the Government.

Responding to The Sunday Morning’s query on protecting freedom of expression, Gamage said that as web journalists, they recognise professional journalism has to be practised even within the social media networks and the association had a code of ethics covering that.

Referring to an example, Gamage said: “According to our media practice, we cannot reveal a source, but the Government is trying to detect the particular source without having criteria.

“We have to intervene beyond issuing press releases. We also tell users not to get caught up in this government mess. Post the facts on social media and there is no need to reveal the sources. Keep them secret and work. Through the new law, the Government has a big chance to attack everyone because of a few irresponsible people.”

Social activist and Free Media Movement Convener Seetha Ranjani, sharing her views with The Sunday Morning, said that fake news can be interpreted in multiple ways and the Government has to explain the specific definition as to what is considered fake news.

She said: “The Government’s move to criminalise fake news impacts freedom of expression, since there is an absence of the actual definition of what can be considered as fake news.”

Responding to The Sunday Morning’s query on protecting freedom of expression while combating fake news, she said that, as the first step, media organisations have to educate social media users on suitable practices against the backdrop of criminalisation of fake news under the Penal Code.

Tourism preparations: One step at a time

December 20, 2020 byNethmi Liyanapathirana No Comments
The Sri Lankan tourism industry has made a significant contribution towards the upliftment of economic revival and development in the country. However, compared to the annual record numbers..

Sunny Side Up: Youths to stand against monks?