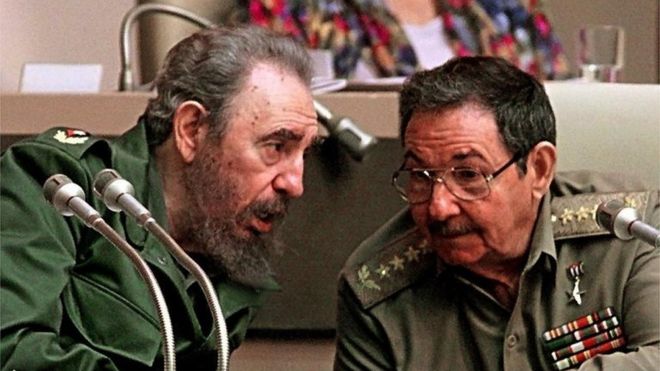 Cuba without Castros: The road ahead

Cuba and Fidel Castro have long been almost synonymous with the Communist Party ruling the country unchallenged since 1959. Since the Cuban revolution that toppled the ruling government of Fulgencio Batista, politics in the island nation has always centred around the Castros.

However, 2021 seems to be the year of change with Raul Castro, the younger brother of Fidel, set to leave the political stage at the upcoming Communist Party Congress, which has been convened to tackle the dire economic crisis caused by the pandemic.

Raul wasn’t really the Castro that the world always referred to but when Fidel came to power in 1959, he, while referring to his brother, had said: “Behind me come others more radical than me”.

As a new era beckons for Cuba, one without a Castro in power, we take a look at the history of the nation, the changes that have happened over time and what the island nation is heading towards with a new set of leaders set to take charge.

Cuba and the Castros

Fidel Castro, who had died at the age of 90 in 2016, was one of the most extraordinary political figures of the 20th Century. After leading a successful revolution on a Caribbean island in 1959, he became a player on the global stage, dealing on equal terms with successive leaders of the two nuclear superpowers during the cold war.

The Russians were mesmerised by him, Nikita Khrushchev and Anastas Mikoyan in particular, European intellectuals took him to their hearts, African revolutionaries welcomed his assistance and advice, and the leaders of Latin American peasant movements were inspired by his Cuban revolution.

Castro’s rule spanned nearly five decades, including during the cold war, when hardly a year went by when the world would hold its breath as events in and around Cuba threatened to spill beyond the Caribbean. In 1961, the invasion at the Bay of Pigs by Cuban exiles, encouraged and financed by the US Government, sought to bring down Castro’s revolution. It was swiftly defeated. In 1962, Khrushchev’s Government installed nuclear missiles in Cuba in an attempt to provide the infant revolution with “protection” of the only kind the US seemed prepared to respect. And in November 1975 a massive and wholly unexpected airlift of Cuban troops to Africa turned the tide of a South African invasion of newly independent Angola, inevitably heating up cold war quarrels.

Modern historians often refer to Fidel Castro as the man who gave the Cuban people back their history, the name of their island stamped firmly on the story of the 20th Century.

In 2006, Castro formally handed over power on a temporary basis to his brother Raul and in February 2008, he announced his resignation as president of the Council of State. It was then that Raul Castro, who was 47 years in charge of the military, finally took control of the island nation. However, it was only in 2016 that Raul officially took over after Fidel’s death.

Eighty-nine years old now, Raul Castro will now be standing down as the party’s first secretary, the true source of power on the island, and armed forces commander after serving two five-year terms. He will be handing over power to protege Miguel Diaz-Canel, 60, who in 2018 already inherited the presidency.

What caused the change?

Raul Castro had said at the 2016 Congress that it would be the last one led by the so-called “historic generation” of revolutionary veterans.

The new generation of younger leaders are not expected to make sweeping changes to Cuba’s one-party socialist model, but it will be under pressure to pursue market-style reforms to resurrect the long-ailing and centrally planned economy, Cuban analysts said.

The April 16-19 Congress comes as the Cubans battle worsening widespread shortages of basic goods, including food and medicine, after a liquidity crisis was exacerbated by a tightening of decades-old US sanctions and the coronavirus pandemic.

Diaz-Canel is also under pressure to deliver results to retain support because he does not have the moral legitimacy of the historic generation. Social reforms over the past decade, in particular after the expansion of Internet access, have strengthened Cuban civil society and small protests have cropped up across the nation.

In recent months a group of activists and independent artistes known as the San Isidro movement have challenged the government over freedom of expression, staging an unprecedented demonstration in front of the culture ministry and a small rally in one of the capital’s poorest quarters, where a group of residents stopped police from arresting a dissident rap artist.

Another group of protesters say they are staging a hunger strike in eastern Cuba, apparently timed to coincide with the party congress.

The road ahead for Cuba

Experts believe the pace of economic reform is expected to pick up after the change in power and the upcoming Congress. The new executive will also have to introduce further cautious political reform to effectively manage the tensions in society between the old guard and a new generation.

Things have become even more complex with the arrival of the internet at the end of 2018 which brought about a paradigm shift with never-before-seen access to information that was previously controlled by the state media.

The Communist Party had said that the upcoming Congress would have to reflect on how to better deal with political-ideological subversion on social media.

The country’s direction will also largely be shaped by Cuba’s relationship with the US. President Joe Biden had promised during his election campaign to reverse certain sanctions toughened under his predecessor Donald Trump.

However, experts believe that Cuba would have to give something back in the form of human rights reforms.

Moreover, the new government will also have to give a new direction to the Army as bulk of the 280 sanctions Washington has in place against Havana targets enterprises managed by Cuba’s powerful and omnipresent military.

March 19, 2020 byTSM Web Desk No Comments
South Korea, China and Singapore are among the Asian countries facing a second coronavirus wave, spurred by people importing it from outside.