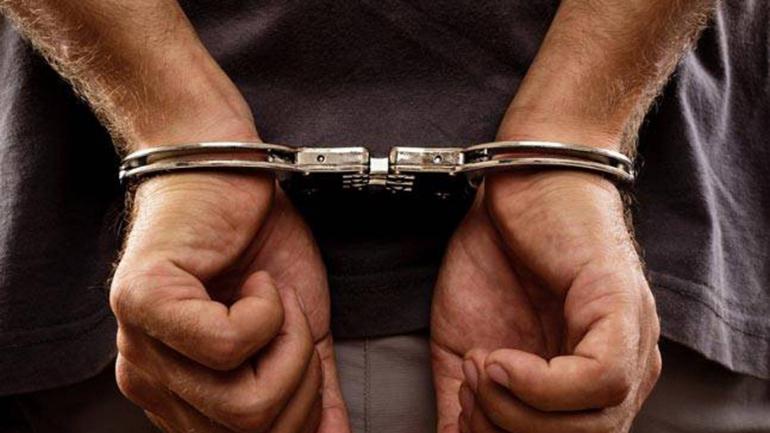 The relationship between the Police and the public has been questioned, sometimes in very unfortunate contexts, in the recent past, and many parties have expressed strong concerns over the Police’s use of excessive power against the public.

What is worrying about this situation is that even though custodial deaths may occur as a result of unavoidable and unforeseen circumstances such as clashes and accidents, when it comes to Sri Lanka, they appear to be becoming more common than before. In the past decade or so, many suspects died after allegedly trying to attack the Police when the Police had taken the suspect to find hidden firearms and explosives as part of investigations. 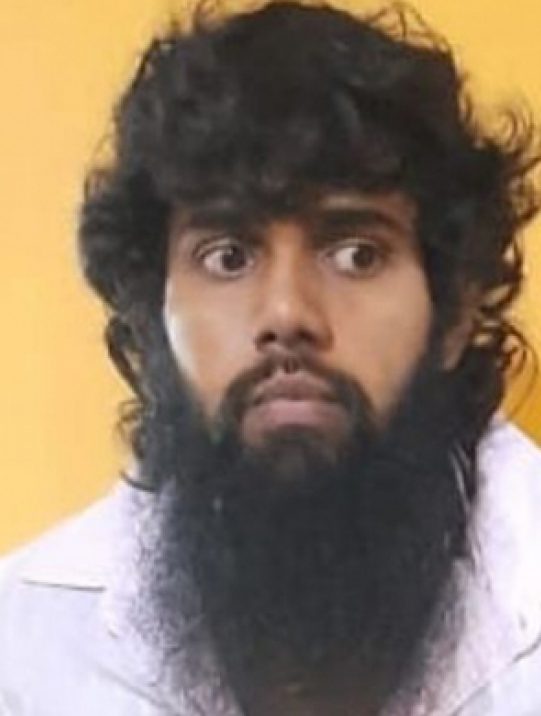 Following these incidents, several organisations, including the Bar Association of Sri Lanka (BASL), the Human Rights Commission of Sri Lanka (HRCSL), and the Committee for Protecting the Rights of Prisoners (CPRP), raised concerns over the two deaths and called for in-depth investigations.

On 17 May, the HRCSL wrote to Inspector General of Police (IGP) C.D. Wickramaratne, requiring that information pertaining to the investigations into the two deaths be forwarded to the HRCSL by 30 May.

The HRCSL said the above-mentioned information is being required as part of the probes carried out into two complaints (complaint numbers HRC/1216/21 and HRC/1176/21) received by the HRCSL regarding the two deaths.

In the letter, signed by HRCSL Chairman Dr. Jagath Balasuriya, it was noted that ensuring the safety of the suspects who are in police custody is a responsibility of the Police Department, and that directives of the Department and verdicts of the Supreme Court (SC) have asserted it. Also, the letter mentioned that similar incidents being reported within a very short period of time is likely to create a serious problematic situation as far as the rule of law in the country is concerned.

Even though The Morning attempted to contact HRCSL officials to inquire about the probes into the two complaints it had received, they were not reachable. 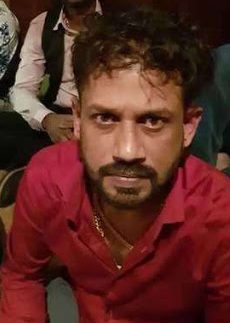 In the letter dated 21 October 2020, HRCSL Commissioner Ramani Muttettuwegama said that between June and October 2020 alone, eight custodial deaths, including that of underworld figure Samarasinghe Arachchige Madush Lakshitha, alias “Makandure Madush”, had been reported. Madush’s death, as the letter read, had occurred in a context where the HRCSL had informed law enforcement authorities including the Colombo Crimes Division (CCD), the IGP, and the National Police Commission (NPC) that steps should be taken to ensure the safety based on a complaint received on 18 October 2020.

“Custodial deaths continuously happening could create a serious, problematic situation with regard to the law enforcement in the country, and therefore, actions need to be taken in that connection,” the HRCSL further said in the letter.

The incident highlighted by the HRCSL – i.e. the custodial death of Madush who was arrested in Dubai, UAE in early 2019 – took place in October last year. His death, which the Police said was a result of crossfire between the Police and unidentified gang members, also attracted the attention of human rights groups.

When contacted by The Morning, CPRP General Secretary Sudesh Nandimal Silva said that the deaths of the aforementioned suspects raise concerns as to the safety of the individuals who are in police custody, and that these incidents are suspicious due to several reasons including how he was released from the prison (before his arrest on the same day). 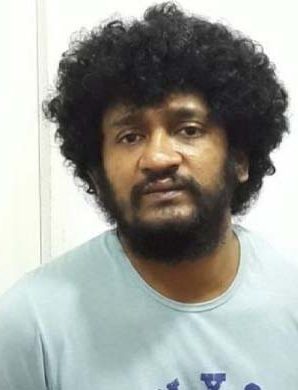 “When Mabula was granted bail, he had informed his family that he was to be released from the prison after 12 noon. According to the traditions of the prison, inmates are usually given their lunch before releasing them from the prison premises, unless they explicitly express that they want to leave early. However, when it came to Mabula, he was released at 9.30 a.m., and according to the information the CPRP has received, he had been asked to leave the area surrounding the prison. This is when he was abducted. His family tried to find out his whereabouts but to no avail,” he explained.

“In the evening of 12 May, he contacted his family and informed them that he was detained at the Nawagamuwa Police Station. When his family members got in touch with the CPRP, taking into consideration the nature of his arrest and the likeliness of his life being in danger, we sent a lawyer to the Nawagamuwa Police Station after consulting his family. The same evening, Mabula had again contacted his family and said that he would be taken out of the police station. However, by the time the lawyer reached the police station, it was too late, as Mabula was being taken out of the police station,” Silva said.

However, when Silva contacted the Officer-in-Charge of the police station, he had not received a proper response concerning the death of Mabula.

He added that following the two incidents, the CPRP had filed complaints with the IGP, the NPC, the HRCSL as well as the Criminal Investigation Department (CID).

Speaking about Tharaka’s death which occurred on 13 May, Silva added: “Later, we received information that Tharaka was in the custody of the Peliyagoda Special Crimes Division, and a lawyer representing the CPRP requested his safety in writing on 12 May.”

The letters, as seen by The Morning, noted that in a context where Tharaka has received many threats, the division should pay attention to ensuring the safety of the suspect.

Silva also expressed grave concerns about the two deaths, stressing that the law enforcement authorities could have prevented the deaths had necessary steps been taken on time.

“People may become offenders, but they are not born offenders. It is the social inequalities that make them offenders. It is very important that we understand that only a court has the power to penalise them and that apart from a court, no other party can punish them. No one can kill them. This is state terrorism in action. These are not just deaths – these are murders. Therefore, we need to take action to prosecute the murderers. The information we have received suggests that the Nawagamuwa incident could be a result of interventions from high places. Also, we feel that these killings are part of an attempt to create an environment to change the direction of Sri Lanka’s drug trade for the benefit of certain people. These forms of incidents should not take place under any circumstances,” he noted.

Meanwhile, CPRP Chairman and Attorney-at-Law Senaka Perera told The Morning that the CPRP is planning to write to President Gotabaya Rajapaksa in this connection, in addition to the complaints already filed.

Even though The Morning attempted to contact Police Media Spokesperson DIG Ajith Rohana and the NPC, they were not reachable.

The BASL is another organisation that expressed disapproval of the two deaths. Issuing a press release on 13 May, the BASL said it condemns the two killings of the suspects who were in police custody, and that the two deaths have “all the hallmarks of extrajudicial killings”.

The BASL called on the State to ensure the safety of all persons in the custody of the Police.

Adding that the fact that one killing took place at a time when the relevant law enforcement authorities had been informed that there is a potential danger to the life of Tharaka is unacceptable, the BASL further said: “On 12 May, an attorney representing Tharaka informed the BASL by electronic mail that his client had been suddenly transferred from the custody of the CID to a Special Police Unit in Peliyagoda and that he fears that his client will be killed in custody. Acting upon the complaint of the said attorney, between 8 p.m. and 9 p.m., the President of BASL, President’s Counsel (PC) Saliya Pieris informed IGP Wickramaratne via email to igp@police.lk and also by text message and WhatsApp message regarding the apprehensions of the said attorney and reminded the IGP that the Police and the State have a duty to protect persons in their custody. The IGP was reminded that the SC in many decisions has reiterated the duty and responsibility cast on the State to ensure the safety and security of persons in its custody. Despite the said notifications by the BASL on behalf of an attorney representing his client, the news media has now reported that Tharaka has been killed while being detained by the Peliyagoda Special Crimes Division, allegedly ‘when he tried to attack the Police while recovering some weapons’.”

The statement further read that the State and the Police have a duty to ensure the safety and security of persons in their custody, irrespective of the character of such persons and the seriousness of the nature of the allegations against such persons, and that such deaths are an affront to the rule of law and will tarnish the image of Sri Lanka.

“It is an imperative requirement of criminal justice that persons accused of serious crimes including murder are tried by a court of law and punished for their crimes and that the networks that aided and abetted such activities are prosecuted and dismantled. This requirement is defeated by the failure of police officers to control the unarmed suspect purportedly accompanied by them without the use of lethal force. It is incomprehensible as to how on several occasions the Police have been unable to protect unarmed suspects in their custody,” the BASL noted.

Pieris earlier told The Sunday Morning that such deaths occurring due to alleged extrajudicial killings would tarnish the image of both Sri Lanka and its judicial system, and that the BASL would therefore file lawsuits against these suspected extrajudicial killings. He had further said the BASL had not finalised a decision in this regard, but has urged an investigation into the matter and will be taking certain steps and will probably be going to court.

A considerable number of people have expressed approval of the deaths of the two persons, mainly due to the fact that they were convicted offenders. Certain social media posts about these incidents also implied that such killings were a way to cleanse the society of underworld activities.

However, that is not the lesson Sri Lanka should learn from these incidents and from similar incidents that took place in the past. The fact of the matter is that if one or several parties have the authority and discretion to take an offender’s life with no legal procedure involved, it can happen to absolutely anyone. Approving of such acts against wrongdoers is tantamount to approving of the same against any citizen.

November 8, 2020 byCharindra No Comments
The newly established Parliamentary Council (PC) is to deliberate the proposed new appointees to the Supreme Court (SC) when it meets next.

March 1, 2020 bySarah Hannan No Comments
The construction work of the Bingiriya Export Processing Zone (EPZ), which commenced on 4 March 2019 after a 15-year lapse is at a standstill following the Presidential Election in November 2019.