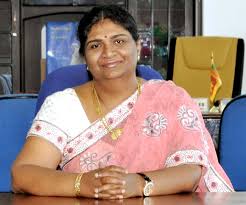 Director General of Sri Lanka Customs P.S.M. Charles has been appointed as Secretary to Ministry of Health and Indigenous medicine.

According to earlier reports, the Government Medical Officers Association (GMOA)President Anuruddha Padeniya was tipped to be appointed Secretary to the Health Ministry.

COVID cases in Kandy hike up to 99 yesterday

December 17, 2020 byMihi Perera No Comments
An increase in the COVID cases in Kandy district were reported yesterday as 99 of the total 688 cases were reported.

Shortage of tocilizumab: Government steps up efforts to secure stocks

September 4, 2021 byNews Admin No Comments
Despite it being two months since the World Health Organisation (WHO) recommended tocilizumab, a drug used to treat arthritis, as a treatment for patients severely ill with Covid-19, Sri Lanka is stil