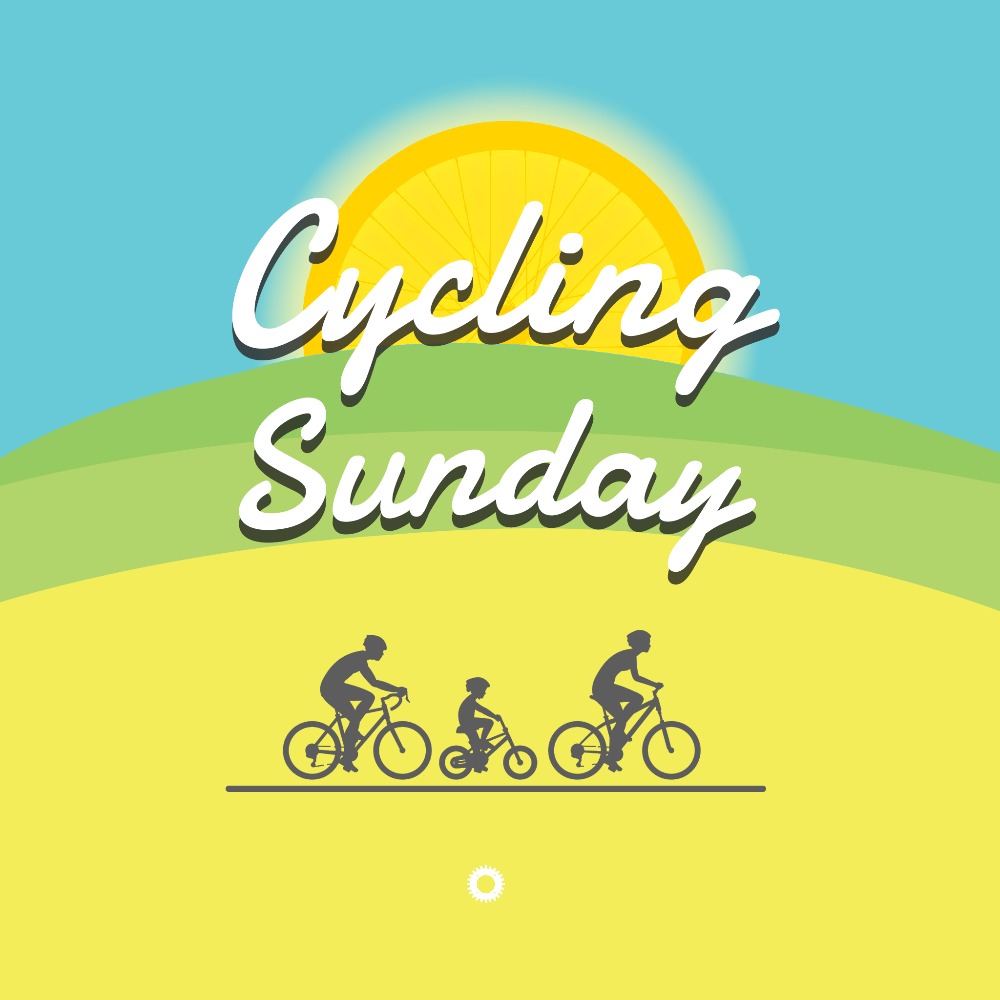 February 1, 2021 by Venessa Anthony No Comments

The Ministry of Youth and Sports Affairs and the Sri Lanka Police, together with Spinner Cycling Centre have embarked on a project to make a cycling lane available every Sunday from 4 p.m. to 7 p.m. The pilot project kicked off yesterday (31 January), where a dedicated lane starting from Kimbulawala, to Japan Friendship Road, to Rajagiriya, all the way to Borella Junction, coming back towards Sinhalese Sports Club (SSC), Maitland Crescent, pausing at Racecourse – where cyclists can engage in activities organised by Good Market – and finishing right back at the start location. There will also be an air pump station made available by Spinner at Kimbulawala and Racecourse. One can also opt to join from anywhere they wish along this route, as there is no rule saying one must start at Kimbulawala.

The popularisation of cycling as a recreational sport goes a long way. Speaking to Cycling Sundays Co-ordinator Yasas Hewage from Spinner, he explained that they started off 10 years ago, with a small cycling community called “Wroom”, solely out of their passion for riding.

“We did the first bike-to-work day in 2012. We’ve done quite a few events in and out of Colombo in terms of cycling in order to encourage bicycles as a mode of transport.”

Hewage stated that he had been in conversation with the Ministry for Youth for a very long time: “Initially, this project was just about providing the pavement for kids and families to cycle, but now we’re striving to provide a demarcation of one-and-a-half metres for anyone to cycle, which is how ‘Cycling Sundays’ came to life.” 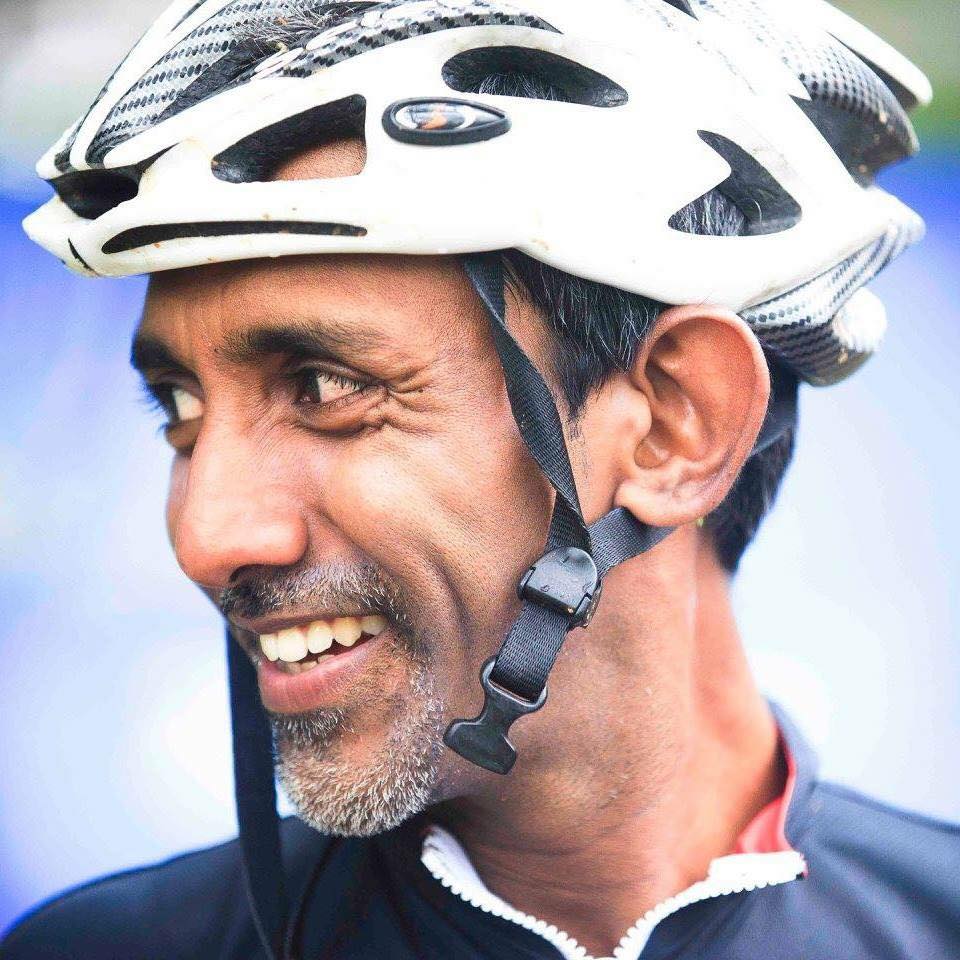 Hewage explained that the main objective behind Cycling Sundays is to get Sri Lankans to come outdoors and engage in an activity that will contribute to a healthier and active lifestyle. “There has been a significant spike in diabetes cases in the country, so we want to get people off their couch and mobile phones and engaged in outdoor activities.” After the pilot project, they will go through the practical aspects and fine tune the kinks in order to provide a smoother experience next week.

They also have the vision to encourage people to commute to work on a bicycle, observing that most people’s main concern with cycling is safety. He noted that a lot of countries have taken initiatives to set up bike paths and certain policies and tax benefits for people who are buying bicycles, and even offices promote cycling to work.

Talking about how they managed to put together this event, he said: “We’ve never been able to get all of that together until this break we got with the Covid situation. Everybody started thinking about health, and with social distancing, bicycles suddenly became the most relevant form of transport if you want to travel a short distance. Around the world, we saw a massive surge in cycling.” He added that the bottom line of the project is to get parents outdoors and onto this cycling path with their kids, who will gain the mindset and in the long run, persuade their parents to cycle short distances like to the grocery store.

To be fit and healthy you need to be physically active. Regular physical activity can help protect you from serious diseases such as obesity, heart disease, cancer, mental illness, diabetes, and arthritis. Hewage noted that riding your bicycle regularly is one of the best ways to reduce your risk of health problems associated with a sedentary lifestyle as cycling is a healthy, low-impact exercise that can be enjoyed by people of all ages, from young children to older adults. It is also fun, cheap, and good for the environment. Hewage noted that almost every household has a bicycle that is not in use, so with this project, he hopes that people will have a reason to go outdoors and stay healthy in a safe environment.

He added: “Riding to work, or the shops, is one of the most time-efficient ways to combine regular exercise with your everyday routine.”

Hewage observed that our roads are not the widest in the world: “To demarcate a permanent lane is a big ask, as the road will have to be shared by motorists. Generally, on a weekday, we do this not-so-intelligent thing where everyone would hit the same road at the same time. Schools and offices all cause traffic.” He added that he was under the impression that Covid would help us extend schools by one hour, so the working class won’t be on the road at the same time, but we seem to have missed that window.

“Once the route is clogged, it is difficult for alternate transport. So, after a chat with the Police, while they liked the idea, only they knew how difficult it is to clear up routes in that two-hour period.”

He also noted that the general perception of people is that roads are dangerous for cycling. He added: “We’ve ridden around the entire country for the last 10 years. There are people dying by just crossing the road, or bystanding, which is sad, but if you maintain road rules and wear your safety gear, add lights, and use hand signals, the road isn’t that dangerous.”

Furthermore, he stated that if offices support and encourage riding bicycles to work by simply converting one bathroom cubicle into a shower, then more people are likely to engage in biking or even walking to work. “They could even build a couple of lockers so young staff or someone who doesn’t have morning obligations could easily ride to work. Making offices cycle-friendly is something we want to promote as we go,” Hewage said.

They plan on starting small with this pilot project, and Hewage hopes that in the future, they can permanently set up a road solely for bicycles around the country. 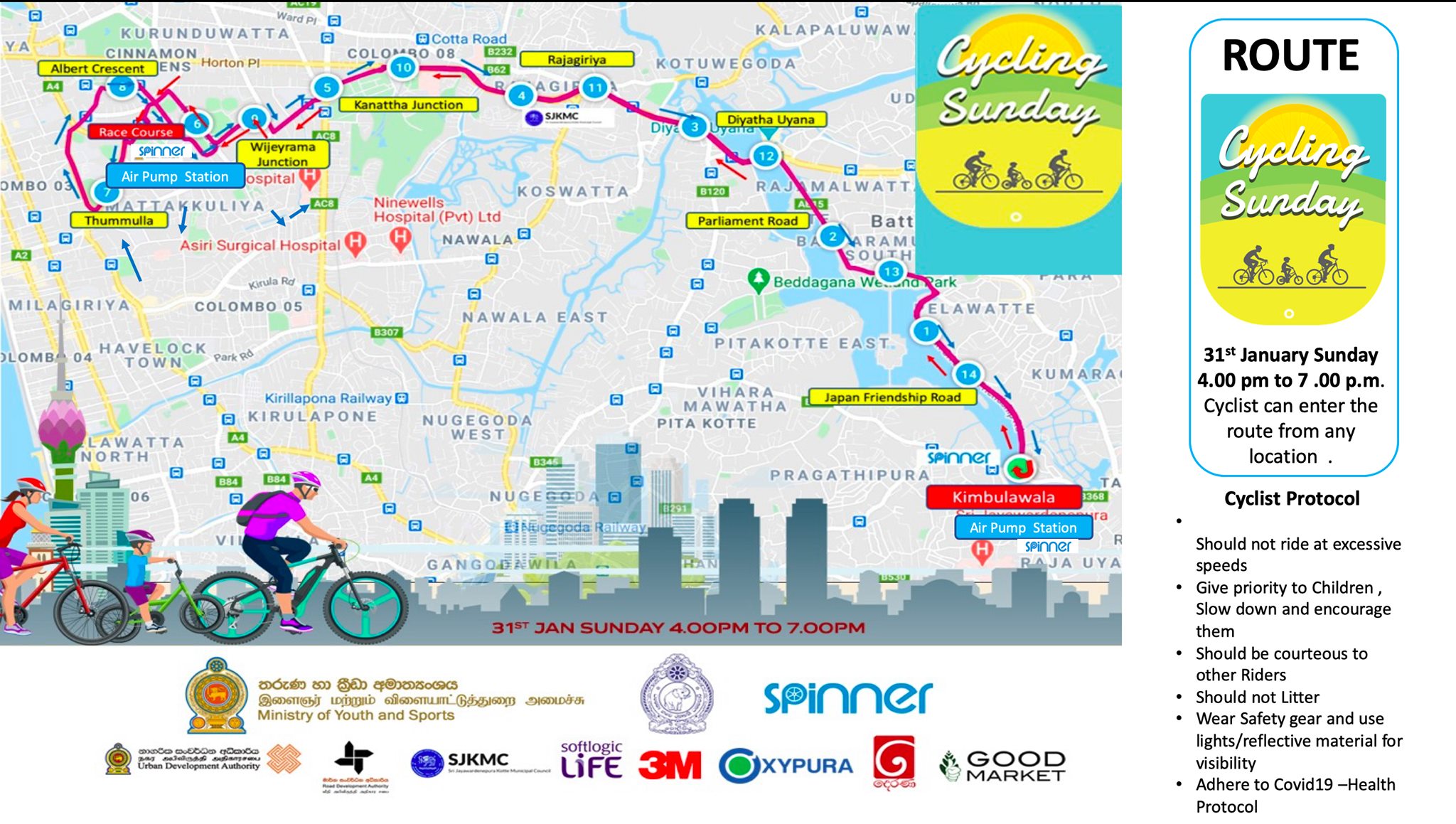 March 2, 2021 byNews Admin No Comments
Sri Lanka is a centre for cultural diversion and a hub for intercultural discourses with a long-running history. Prof. Saumya Liyanage, together with the University of the Visual and Performing Arts..

This was a pleasant surprise: Asha de Vos, Sea Hero of 2020

December 3, 2020 byNethmi Liyanapathirana No Comments
Asha de Vos has brought pride to her country and to her calling as a marine biologist.