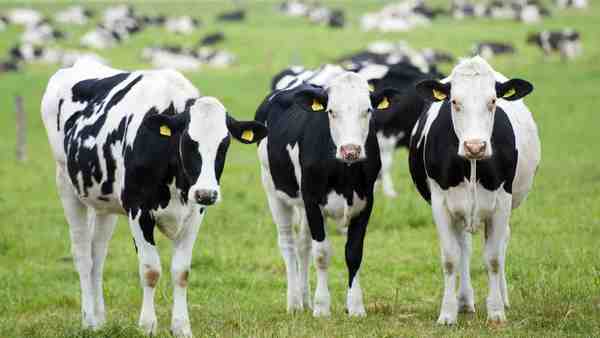 April 23, 2021 by Karen Hapuarachchi No Comments

State Minister of Livestock, Farm Promotion, and Dairy and Egg-related Industries D.B Herath summed up the challenges that weigh down the production of milk in the local dairy industry parallel to the solutions that the Dairy Entrepreneurs’ Society can provide to overcome these obstacles.

Speaking to The Morning Business, Herath highlighted the importance of bringing all dairy entrepreneur societies together to register as a common society operating under one legal framework at the regional, district, provincial, and national levels.

“Gaining the financial aid these societies need to improve the dairy industry becomes difficult, as there is no general system which makes things less organised and less confusing due to the lack of a common structure,” Herath commented.

He further stated that approval from the Cabinet has been received and that the Legal Draftsman is in the process of drafting the Bill, adding that the legal process of implementing the Bill as an Act and establishing a common structure is estimated to take about three to six months.

According to the State Minister, the initiative to increase the number of farms and to strengthen cattle in order to increase milk production requires investments for essential resources such as food, water, equipment, and technology.

“We brought forward a loan scheme of Rs.100,000 for farmers with a 7% interest rate. One priority we came up with at the time was to register the societies in order to give farmers guarantors from the committee itself, or else farmers will have to give up their lands or other valuables,” he stated.

Herath further stated that once established, the Dairy Entrepreneurs’ Society will provide for the accurate collection of data on farmers, retailers, and other players in the industry.

“We can also analyse farmers and producers on how much they work, their routines, and what challenges they face and provide them with the relevant equipment, technology, and solutions to accelerate local production,” he added.

Also, measures such as influencing farmers to feed cows as well as to hydrate them at the right time to reach the highest production efficiency and double the production backed by scientific data are considered.

Another challenge involved farmers lacking time to cater to cattle efficiently as other activities such as tending to crops and growing grass to feed the cattle fill the farmers’ routine.

Thus, a solution was presented to this which encouraged the production of grass where Rs. 5 is charged per kilogramme. Accordingly, the grass purchased by the State Ministry would be mixed with nutrients and vitamins which would be priced at Rs. 7 per kilogramme, which is given to farmers who have insufficient grass or time.

“Another benefit from the committee is that if there is a farmer in the committee with cattle and not enough grass, another member who might have land and grass can provide the farmers a solution,” Herath stated.

He also stated that the transparency influenced by the data collection on production, farmers, and efficiency would prevent illicit activities. “Thus, to carry out this system, we have to wait for the Act. We cannot do this overnight, but in about three to six months’ time, we aim to fully establish this.”

In the meantime, it was also highlighted that Milco turned its losses of Rs. 600 million to a profit of Rs. 400 million last year, while the National Livestock Development Board (NLDB) also converted its losses to a profit of Rs. 5.2 million recently. Herath stated that the results of the efforts of President Gotabaya Rajapaksa and the Government to increase local production can now be seen.

He went on to state that supporting milk farmers to become milk entrepreneurs, which will allow the farmer to gain a higher income, is also a priority. He said that discussions are underway to formulate a fair price for milk production.

October 14, 2020 bythemorningeditor1 liberty No Comments
Sri Lanka’s merchandise exports have surpassed the $ 1 billion mark in September after July during this year.

December 22, 2019 bythemorninglk No Comments
Any positive proposals in the restructuring plan which was compiled by the previous Government to rescue SriLankan Airlines will be carried forward by its new Chairman.