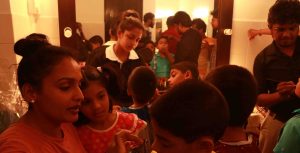 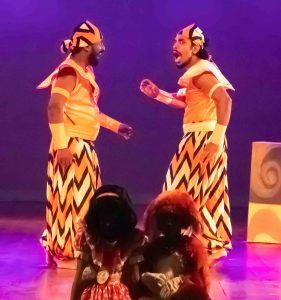 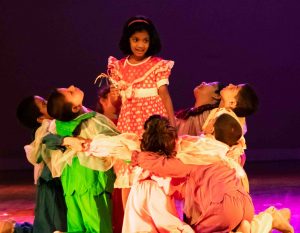 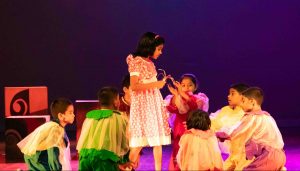 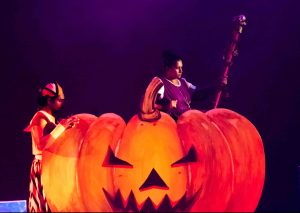 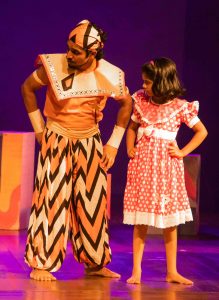 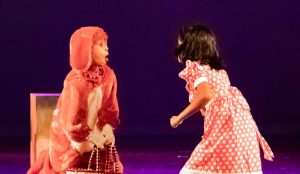 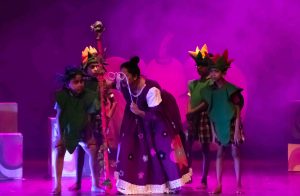 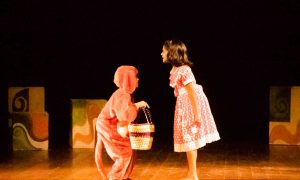 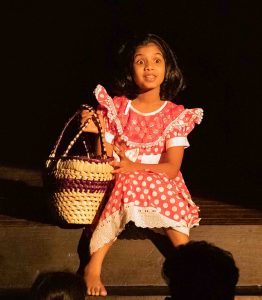 A concept by veteran dramatist Chamika Hathlahawaththa, the ‘Hath Pethi Mala’ children’s theatre festival, organised by the Colombo University Faculty of Education was held on 28 October 2022, at the Lionel Wendt theatre. Today, featured on The Sunday Morning Little Stars cover is one of the children’s dramas staged during the theatre festival titled, ‘Danga Pethi Mala’ directed by R. M. Harshani Rathnayaka, T.S.J.K. Jagoda, and H.P. Dasun Chanaka with the students of Maliyadeva Vidyalaya, Kurunegala in the age category 2-7 years.

“It was a challenge to work with such a young age group. But it was a very enjoyable experience. There were days when we had to practise only a few steps a day with the little ones, just to make sure they mastered it. It wasn’t a good idea to be strict with them, so everything had to be handled with love and patience. In the end, all that hard work was a huge success,” said Rathnayaka addressing the gathering at the theatre festival.

‘Hath Pethi Mala’ theatre festival is a concept by Chamika Hathlahawaththa. “It was an admirable concept that helped to bring out the best in our children on stage. I am grateful to him for choosing me as a co-researcher and director. Children’s theatre in Sri Lanka will be indebted to him,” she further said.

Comments from the team behind ‘Danga Pethi Mala’

“This is a great opportunity our school received, all thanks to our teacher Harshani” – Gagana Ranasinghe (played a puppy), eight years

“I was inspired to try out more stage performances” – D.R. Thinev Dematampitiya (played a boy), grade 3

“It was full of memories to cherish” – Bihan Jayaweera (played a purple flower petal), grade 3

“I felt very happy and proud when I saw a lot of people watching me perform” – Ometh Disanayaka (played a child and flower), eight years

“Although I did not get to act in the play, I was very happy to be involved in a successful and beautiful production” – H. P. Dasun Chanaka (director/screenwriter), 12 years

“Since I had the opportunity to act as a child, I was able to act the role very easily and happily. We were able to work together with everyone and stage a very beautiful stage play” – Poojana Tinuga Herath (played a child), eight years

“When I imagined that the hall was empty, I was able to act freely with no stage fright” – Sadew Karunaratne, grade 3

“I was very happy to be a part of this drama. I love our drama teacher Harshani” – Lusanda Herath, grade 3

“I had fun being a part of ‘Hath Pethi Mala’. It was a great opportunity to make use of my talents” – Sathira Wickramasinghe, grade 3

August 2, 2020 byPavani Jayasinghe Munagamage No Comments
Back at it again with some fantastic sunny day fashion tips. I know that in the past week, it has been raining on and off and has been a little gloomy, but do not fret – there is a fashion statement f

July 29, 2019 byKusumanjalee Thilakarathna No Comments
Imashi and Pahandi from Royal Institute International School, Gampaha, interviewed Dr. Chandima Fernando, an ecologist who has done so much to save endangered species in Sri Lanka.