The proposed 20th Amendment to the Constitution seems to have received much opposition given that the incumbent Government has made changes in a way that fortified the powers vested in the Executive President.

Not about people, but brought for personal gain – Tissa Attanayake 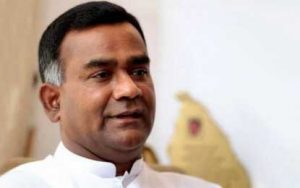 Why does the Samagi Jana Balawegaya (SJB) oppose the 20th Amendment?

If we want to strengthen the referendum against the Government now, our main intention should be to unite all the anti-government political forces. Opposition Leader Sajith Premadasa is not only leading the Samagi Jana Balawega. He is ready to lead all anti-government forces. At present, the Government is using its two-thirds majority to bring in the 20th Amendment which makes it quite clear that the amendment is not about the aspirations of the people, but was brought in for personal gain.

What are your thoughts on a person with dual citizenship running for office and being able to enter Parliament?

The 19th Amendment had abolished access to Parliament and the presidency, especially for persons with dual citizenship. The real owners of the country should be appointed to those posts. If so, the 19th Amendment should have been further expanded and reduced to the same level as the provincial council and the pradeshiya sabha.

Also, the law could have been applied to those holding the highest positions in Government. That is true nationality. But instead of bringing in dual citizenship, any person is allowed to run for any position, up to presidency. Does that mean protecting the Sri Lankan identity? We never thought we would get into a process like this with patriotic outfits. Why can’t these people get rid of their dual citizenship and come to these positions?

What are the shortcomings that you see of the new Amendment?

The other dangerous aspect of the 20th Amendment is the right of the President to make arbitrary appointments. People have been saying for a long time that ministers are a burden to the country. That is why restrictions were imposed on the appointment of 19 ministers. But today, those restrictions have been removed. The role of the Legislative Council has been undermined. The functioning of the commissions has been weakened.

Legislation in a country should be for the benefit of its citizens. But through the 20th Amendment, laws have been made for rulers instead of citizens. It is a violation of civil rights. Therefore, we hope to take legal action against this. Secondly, we strongly oppose our protest in Parliament. Thirdly, we hope to unite the citizens’ organisations, civil society organisations, and moderate sections of this country and build a mass protest.

Govt. should open it for a referendum – Anura Kumara Dissanayake 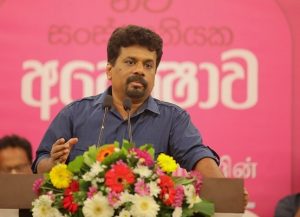 Why does the Janatha Vimukthi Peramuna (JVP) oppose the 20th Amendment?

We oppose the 20th Amendment as a whole. With the amendment to the Constitution, what the Sri Lanka Podujana Peramuna (SLPP)-led Government is trying to do is give total authority to the Executive President, which can be seen as a dangerous trait. That can give rise to constitutional autocracy, which we strongly oppose.

Moreover, the President will have the authority to bring in emergency acts, remove the limitation to the Cabinet of Ministers, and suspend the Auditor Commission. Once the amendment is enforced, Sri Lanka will not have a democratic governing system and this will threaten the financial stability of the country as well.

What are your thoughts on a person with dual citizenship running for office and being able to enter Parliament?

On allowing persons with dual citizenship to enter Parliament, we believe that this article needs to be further debated as the oath we take as Members of Parliament and the oath that is taken when a person becomes a citizen of another country will have disparity, which also raises the question of a public representative’s loyalty to the country and its governing system.

Would you be considering legal action over the draft Amendment?

We do not see a necessity to go to courts over the proposed Amendment yet. The way the Amendment is now drafted cannot be contested in court, as the judiciary will not challenge the loss of democracy or how the Amendment will launch a political disaster.

Our stance on this is that the Executive Presidency should be abolished and the governance should become a Parliament-centric one, which decentralises the power structure. The 19th Amendment brought us to a middle ground.

What is the most suited governing system for the country?

As a solution for the ethnic disputes, the country should move towards a federal system as proposed by the Tamil national parties. Moreover, Sri Lanka’s political culture is forged in such a way that the necessity to establish coalition governments will never become a reality and was demonstrated clearly by the failures displayed by the Yahapalana Government.

What are your thoughts on the Indian Government influencing changes to our Constitution?

The Indian Government’s attempt to weigh in over the 13th Amendment has placed Sri Lanka’s sovereignty in great peril. We should not allow foreign forces to influence change of the governing system or the political structure of our country. We, as parliamentary representatives, should not give in to their requests or be influenced by them. Sri Lanka is a free country and the citizens and their representatives should take it upon themselves on how the country’s laws should be amended and how the Constitution should be reformed. 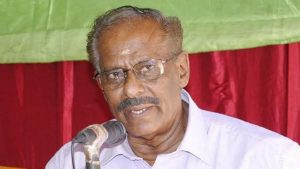 Why does the Illankai Tamil Arasu Kachchi (ITAK) oppose the 20th Amendment?

We do not accept the articles that have been proposed for amendment through the 20th Amendment nor do we support the abolishment of the 19th Amendment (19A). The 19A can be viewed largely as a democratic constitution and we believe that certain clauses of the 19A should be strengthened.

The power shift to the President cannot be welcomed, as the 19A was enacted so that the executive presidency would be abolished. 19A was the only amendment that paved the way for a truly democratic governing system.

Our view is that the Parliament Act, parliament resolution, and the upholding of democracy in the country that were spelt out through the 19A should be further strengthened.

Should Sri Lanka allow India to influence in amending the 13th Amendment?

If we are to look at the 13th Amendment (13A) which came into effect after the agreement that was signed between Sri Lanka and India in 1987, as this is an amendment which was brought in after a series of discussions which took place between the two countries with the wellbeing of the Tamil people in mind, India should have a say in changing it.

“Build up on the 13th Amendment and go beyond in finding a meaningful political solution” were the exact words used by the Indian Government at the time. If a new constitution is to be drafted and the 13A is to be abolished, we will have to take the matter up with the Indian Government as well as the Sri Lankan Government. However, we do not see that it would be a solution to the issues that Sri Lanka is currently facing. As mentioned and agreed by both countries, we need to go beyond the Amendment and find a political solution.

What are your thoughts on introducing a federal system to Sri Lanka?

The necessity to introduce a federal governing system was under discussion during (former Prime Minister) S.W.R.D. (Bandaranaike)’s time; even the Kandyan leaders went before the Donoughmore Commission and the Soulbury Commission seeking such a system.

As proposed by the Tamil parties for decades, we still stand with that proposal of changing the governing system to a federal system.

Such a system will allow the country to reconcile as a united country and would be a more suitable solution for the country’s political divide that is currently at play.

Do you propose an alternative to the Amendment in that case?

After the dissolution of Parliament, the Tamil National Alliance (TNA) proposed to have a convention, where we will discuss all the aspects on how the political decisions are going to affect the future of the Tamil people.

We need to also study the contents of the draft constitution that is being prepared at present and have a broad discussion with the Sri Lankan Government and the Indian Government to tally whether the new constitution would have any adverse impacts on the Tamil people and whether it will bring in a positive change to the political issue the country is currently undergoing.

Any change that will have an impact, be it positive or negative, needs to be considered before we agree to the new constitution being proposed. We will discuss these matters at length at our upcoming convention, and then have discussions with other stakeholders that are concerned, such as representatives from the Tamil-speaking Muslims, Hill Country Tamils, and other minority community groups that converse in Tamil and are scattered across the island.

Following this, we will present a democratic proposal to suggest the constitutional amendments and to continue to support the establishment of a federal governing system in the country in the future.

February 17, 2021 byNews Admin No Comments
Deputy Inspector General of Police (DIG) Bimshani Jasin Arachchi was appointed as the first ever female DIG in Sri Lanka in October 2020. She graduated from the University of Ruhuna with a Bachelor...

March 28, 2021 byNews Admin No Comments
The Ministry of Mass Media has taken measures to make several amendments to the existing Press Council Act to include regulations on electronic and new media content as well.