The President’s recent meeting with Central Bank of Sri Lanka (CBSL) officials and the Secretary to the Treasury has taken centre stage, in print, electronic, and social media, with bouquets as well as brickbats being hurled at the President.

This needs to be viewed from multiple perspectives. The multi-sectoral SMEs (small and medium enterprises), their individual and institutional expectations of a recently elected Executive President, the role and responsibility of the Minister of Finance and the Treasury, the CBSL and its licensed commercial banks (LCBs), all have a responsibility. We cannot take positions in isolation of any one of these stakeholders.

The intense criticism of the delays in the “machinery” responsible for rolling out relief, and given that those in dire straits expecting the relief in this country look up to a head of state for anything, are perhaps why the President went to the frontlines to battle the bottleneck. Now, he earns flack for the reprimand of those responsible for the delays!

Nevertheless, let me say that I find the larger majority of those who comment or write, have diametrically opposing viewpoints, either in support of the President or in defence of the CBSL; without pausing to inquire about the why and wherefore, some readily identify with either camp.

Regardless of the above, the CBSL, the apex regulatory institution of the banking and financial sector, a key component of the economy, an institution we professionals treat with reverence, and which has a special place of respect, in any country, has been indelibly scarred. It is the Office of the Governor, rather than the individual, that I speak of.

It is the CBSL that is required to design and roll out a scheme of refinance through the commercial banks it licenses – all within its statutory jurisdiction. CBSL refinancing is not without precedent. There was a time when the CBSL had a World Bank IDA (International Development Assistance)-assisted refinancing scheme. Decades ago, I was able to renegotiate a previously rejected, significant refinance facility, via the National Development Bank (NDB), for a major hotel group at 12% when the interest rates were 19%. At the time, NDB’s General Manager (GM)/Chief Executive Officer (CEO) Ranjith Fernando and Project Officer Nalin Bogoda, and CBSL’s Director – Development Y.A. Piyatissa extended their fullest co-operation to me. We worked on a war footing, thus averting foreclosure of the group’s properties by a foreign bank. 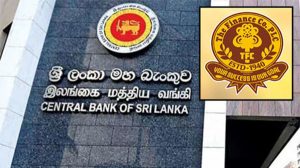 Looking back, regardless of various regimes, many finance companies collapsed due to delays and inadequacies on the CBSL’s part in oversight and monitoring of non-bank financial institutions. I have observed this for decades, can cite dates and names, and say this with responsibility. Months after I took office as Chairman of the Securities and Exchange Commission (SEC), I studied it further and wrote to the CBSL in the last quarter of last year in connection with several finance companies that were listed, or were forced to list by a pre-January 2015 regime, and thus pushed into our regulatory jurisdiction. I made several recommendations, which I hope the CBSL will address in earnest, now that the President of the country expressed his deep disappointment about it.

The ‘Office of President’

However, the advisors to the President, those in his public administration team in particular, should have advised him against televising any dialogue with any regulator, let alone the CBSL. I am hopeful that his media divisions and public relations teams understand this at least now. This bruising will take long to heal, and the scar will remain for long. I am sure the President regrets it. But I fault all those around him – those in the “Office of President” – more than the single individual in office at this time.

Identifying cause and those responsible

Few take time to identify and empathise with what caused this. Whether it was by design or by default, including whether what provoked the reprimand, could have been prevented or pre-empted; and if so, who would have been responsible, for such prevention or pre-emption; whether at the time of the meeting, it was the Governor of the CBSL and his incomplete Monetary Board – the part-dismantling of which he presided over – or the Secretary to the Treasury; or the Minister of Finance, or the commercial banks; the PFIs (participating financial institutions) – the state-owned or private yet public-listed commercial banks.

The US, UK, Australia, and others designed and rolled out relief within weeks. I was personally in touch with bankers and friends in the US, UK, and Australia and many others, and was encouraged by the design and execution of the Payroll Protection Plan (PPP) in the US; bankers who I knew personally were working almost 18 hours from home, co-ordinating with their customers, the Small Business Administration, and other authorities, working within windows of eligibility and within timelines.

The International Monetary Fund (IMF) designed and rolled out rapid financing and debt relief, a rapid credit facility, rapid financing instrument, etc.; the World Bank activated the Pandemic Emergency Financing Facility and a number of other measures, and so did the ADB (Asian Development Bank).

The CBSL devised what I believe was an inadequate scheme of assistance in early April, which was to provide working capital finance for SMEs and a debt moratorium, recognising that the events were outside the control of enterprises that otherwise contributed to economic growth, tax revenue, sustained employment, sales revenues, and cash inflows which financed expenditure and cash outflows. 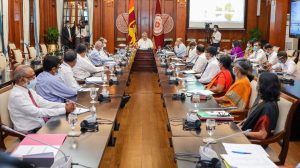 Just before the New Year, to make best use of the curfew, I began responding to requests for my advice from SMEs, on a pro bono basis. Despite calls to the Deputy Governor of the CBSL for clarifications on a circular that lacked clarity, calls to a DGM (deputy general manager) of a commercial bank, and even the chairman of that bank, I was taken aback when I learned that after 35 days of the Covid-19 application by this SME – a 30-year-old corporate customer of a bank – the application was “pending Central Bank approval”! Given my prior experience with many an application of bankable proposals, probing further, I discovered that it had yet not left the desks of the commercial bank!

The system needed a shake-up!

My interest was to determine how the “population” of SMEs can benefit from what I discovered and conveyed. After days and weeks of discussions, calls, and reminders, I waited. I heard many similar stories, from different SME chairpersons – men and women – and having guided, counselled, and intervened, I was convinced the system needed a shake-up! The following is an extract of what I released to the media on 11 May 2020.

“A large number of small and medium enterprises that provide products or services to a wide cross-section of the people of our country, generate business for a wide variety of suppliers, and employ a very large number of less-than-privileged people. Inadequacies and delays in addressing this matter can lead to serious socioeconomic and social political issues. The Central Bank and commercial banks may like to study this matter to determine whether there might be a large number of neglected, badly handled, worthy, and eligible SME customers in order to improve the banks’ responsiveness to a vital segment of the economy and a key component of society.” 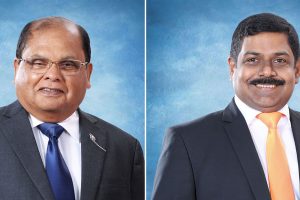 I was encouraged when Commercial Bank of Ceylon (ComBank) announced on 31 May that it had negotiated with the International Finance Corporation (IFC) to tie up $ 50 million credit which the bank will use for Covid-19-hit businesses. The credit was from IFC’s Covid-19 Emergency Response (WCS) Envelope and ComBank was to provide a total of Rs. 10 billion to coronavirus-hit SMEs at 8%. I said: “This was an example to licensed commercial banks, whether they are state-owned or private and public-listed, and our “development partners”, whether they are multilateral or bilateral, to respond to the needs of our nation in a productive and timely manner, rather than indulge in a luxury of time that does not exist.”

On 20 June 2020, HNB announced the launch of a Rs. 5 billion relief fund to provide working capital support to its SME portfolio. I posted the following on the LinkedIn professional network: “Just as I publicly congratulated Commercial Bank of Ceylon, for (proactively) negotiating IFC funds, to on-lend to SMEs rather than only be (a passive) conduit of (the) Central Bank, I must now congratulate HNB. While public officials battle Covid-19, initiatives to restore economic health are not an optional extra but a necessary response. This HNB fund also was to address those who were unable to get the CBSL refinance facility at 4%, but this facility was to be at 8% for a period of 24 months. Given that the scheme solely utilises internally generated HNB funds, I wish the Central Bank and commercial banks evolved a scheme with greater coverage much earlier.”

The above examples indicate that we could have done much more, far earlier. We had two months on the drawing board! That is a lot of time. The Finance Ministry, CBSL, and the commercial banks; multilateral development partners and even bilateral development partners, could well have rolled up their sleeves and worked “online” to design, deliver, roll out, and monitor multiple schemes of assistance on an urgent basis. Had this begun in early April, and concluded by end-May, the ignominious conclusion to the meeting between the President and the CBSL could have been avoided. All could have saved face.

Across the Years, Beyond the Oceans is a column being launched today by Chartered Accountant Ranel Wijesinha, to share thoughts generated by his years of experience in Sri Lanka and beyond the oceans, in many parts of the world he has lived and worked in. Wijesinha was Chairman of the Securities and Exchange Commission (SEC) between June 2018 and November 2019, Commissioner of the SEC from March 2015 to January 2018, and President of the Institute of Chartered Accountants Sri Lanka between 2000 and 2001.

December 6, 2020 byNethmi Liyanapathirana No Comments
Safety has always been the most important factor in the construction sector. Looking out for the safety and security of labourers is therefore essential for any company.

September 25, 2019 byCharindra No Comments
The IMF has commended the efforts of the Government to normalize the security situation after the Easter attacks and mitigate the impact of the shock on the economy.