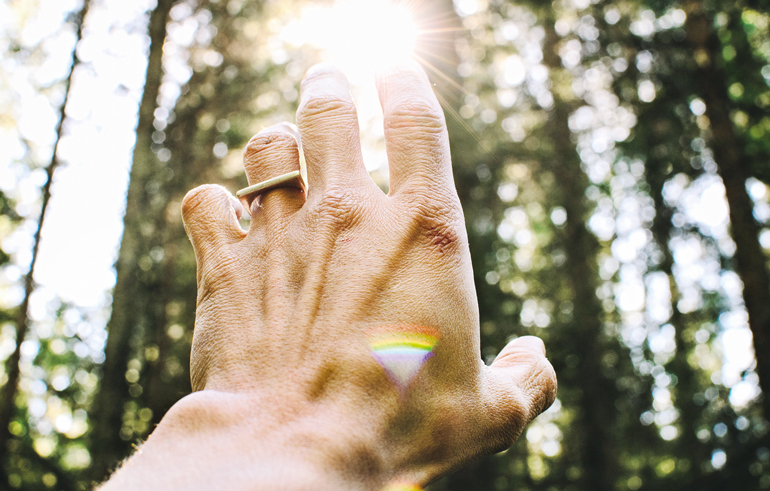 A religious “spiritual healing” camp named “Dew Suwa Sewa” was cut short on Sunday, 8 September at around noon when the media reported two deaths that occurred at the camp. The healing camp took place at Horowpothana, near Anuradhapura in the Ruwanveli Madya Maha Vidyalaya grounds. According to sources, despite what the media had reported recently, the casualties had not actually occurred during the healing service but outside the premises. Shedding more light unto this was a civilian named Nimal Rajakaruna, who attended the Dew Suwa Sewa spiritual healing camp himself.

A civilian’s point of view 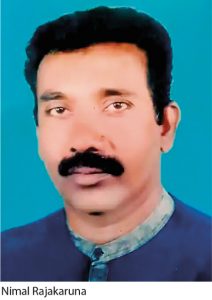 According to Rajakaruna, people came to Horowpothana on Saturday (7) from morning itself, crowding into the grounds in hopes of curing all their ailments and sicknesses. Deegoda Kumara, who conducted the healing camp, is reported to have given a sermon and thereafter, between 4 p.m. and 5 p.m., a bodhi pooja was conducted by Buddhist monks. Kumara began his healing at approximately 6.30 p.m. Rajakaruna further elaborated that during the healing process, Kumara would merely come up to persons and touch them and perhaps stretch out their limbs, and the people who were presumably unable to walk were able to after the healing. “He does not give anyone anything to ingest,” Rajakaruna stated affirmatively. Kumara might just ask whether the individual has leg pain or a headache, but urges the person not to divulge anymore information regarding their ailments. Kumara’s fame is not only confined to the tiny island of Sri Lanka. As Rajakaruna claimed, there were around 50 foreigners who had attended the spiritual healing camp that day. With regards to the unfortunate tragedies that had occurred, Rajakaruna had this to say to us: “We only got to know about the deaths after the news had spread throughout the media. At the time of the spiritual healing, no one knew anything had happened.” Rajakaruna believes that the two deceased individuals did not even get the chance to meet Kumara as he only appeared at around 2 p.m. that Saturday, and as mentioned earlier, performed the healings at 6.30 p.m. This same notion was also seen in the Dew Suwa Sewa YouTube channel where they had released a video attempting to clear up the whole misunderstanding, as they too claimed that no one died at the premises while the spiritual healing was going on. Despite the hubbub, Rajakaruna believes that Kumara will be continuing his sessions as per usual.

The truth behind the deaths

Furthermore, the reasons for the deaths of the two individuals were revealed when we interviewed Anuradhapura Teaching Hospital Director Dr. Palitha Bandara.

Dr. Bandara explained to us that most of the individuals who arrived at the Dew Suwa Sewa camp were people suffering from chronic illnesses such as kidney disease, cancer, hypertension, and some were even stroke patients. While they could not really explore the causes of death yet, Dr. Bandara hinted towards it being the extreme weather conditions. Even Rajakaruna commented on the insufferable heat that day and Dr. Bandara believes that this could have aggravated the already terrible conditions of the people attending the spiritual healing. According to Dr. Bandara, the two deceased individuals had passed away before even entering the Horowpothana OPD. In the meantime, of the 18 casualties admitted to the Horowpothana hospital, nine were transferred to the Teaching Hospital in Anuradhapura. Commenting on the calamity, Dr. Bandara stated: “Civilians need to be vigilant and not believe all the information disseminated from these spiritual healers. We as medical practitioners cannot believe these, as we practise evidence-based medication. Unfortunately, people do not seek proper medical treatment.” He concluded by urging people to be a bit more cautious.

Details pertaining to the two individuals who had passed away were revealed to us by a police spokesperson from the Media Unit. He claimed that one was a 39-year-old woman who suffered from paralysis while the other was a 78-year-old man who suffered from a heart attack. The woman had seemed to have difficulty breathing during the spiritual camp and was rushed to the hospital by her husband where she had, unfortunately, passed away. The same had happened to the elderly man as he too had been rushed to the hospital. 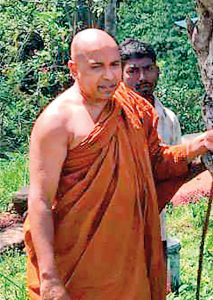 To understand further the true nature of spiritual healing, we contacted another spiritual healer named Wellawatte Seelagawesi Thera. Speaking regarding the matter at hand, he believes that the main reason the deceased individuals died was due to the extreme heat that day which worsened their condition, and nothing else.

The thera believes that spiritual healing is, simply, whenever you practise kindness, your ability to radiate that energy to those in need. “When you make a wish for unhealthy people, that energy reaches their mind and body and they heal,” he concluded. He stated that everyone’s method of healing varies; he personally heals through chanting, healing energy, hypnotherapy, and sensitive discussions. The thera first discovered his gift back when he was ordained in 1990, when he was invited to a chanting with some other monks for a woman who had cancer. He ultimately succeeded in healing the woman after a few months. Despite these miraculous works, there will always be nonbelievers; Seelagawesi Thera had this to say about that: “There are certain individuals who are nonbelievers and are against the religion…but they are friends with me.” Spoken like a true healer, his message rings loud and clear.

The truth behind Deegoda Kumara 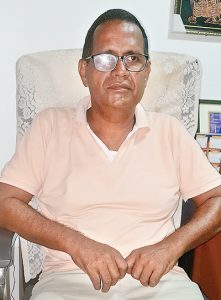 With regards to Deegoda Kumara himself, a co-ordinator of the Dew Suwa Sewa organisation, Derrick Samarasekara was able to give us a better understanding regarding the workings of this enigmatic man. Samarasekara explained: “The first time I saw him treating people, I was astonished. If someone had told me such a thing was happening in Sri Lanka, I wouldn’t have believed it had I not seen it myself.” These healing camps are conducted on the first Saturday of every month, in various locations. The general requirement of space is 5-10 acres as many people attend these healing camps. Elaborating further, Samarasekara said: “When we went to Horowpothana, I had to stay in a house as all the hotels were fully booked. It happens to us wherever we go.”

Samarasekara explained that these healing sessions have been around for seven years, and until now, no issues like this had happened. In preparation for these healings, Kumara is said to fast for approximately four days. He also emphasised the fact that Kumara never gave the general public anything to ingest, he merely healed them.

In relation to Kumara’s healing process, Samarasekara narrated a little tale. Sometime back, he was to attend a wedding with his family in Kandalama. Unfortunately, his youngest son had fallen ill with high fever and was unable to attend. Suddenly though, Kumara himself appeared at Samarasekara’s place and asked where his son was.

Samarasekara did not question as to why he was there and brought his son to him. The son was asked to sit in front of Kumara, and in no less than two minutes, he (the son) was healed. He had just outstretched his arms and the fever was gone in a matter of seconds. Samarasekara claimed that it was truly a miracle.

Kumara had apparently studied under a teacher and even received training from two Gods who till this day guide him and give him special powers. In the end, Samarasekara stated: “There are people who do not believe in these miracles, but the fact is that this healing is free of charge and people have the right to choose whatever method of healing they want. The people who come here are mainly those cast away from hospitals with no hope of a cure.” Samarasekara also added that the deaths did not occur on the ground but on the way.

It is indeed true that people have the freedom to do whatever they desire, but they must be careful and take care of themselves without risking worsening their conditions. It does not matter what you believe in as long as you take care of yourself and give the necessary attention to what your body requires. Stay safe, stay vigilant.

February 1, 2021 byJennifer Anandanayagam No Comments
Renowned Chef and Restaurateur Dharshan Munidasa, who for the past 25 years has been dedicated to promoting Japanese cuisine and cooking philosophies in Sri Lanka, received the honorary title of “Japa

October 7, 2020 bythemorningeditor1 liberty No Comments
With the most recent incident in Minuwangoda where a Covid-19 cluster was detected, and with the numbers rising each day, Sri Lankans who have taken things quite lightly since the curfew was lifted ar