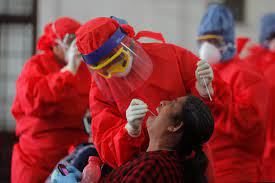 Sri Lanka is grappling with the third wave of the pandemic at present, and the growing unrest among healthcare workers demanding financial benefits only seems to be adding more pressure to the already stretched healthcare sector.

Members of the non-medical health trade unions conducted a token strike in hospitals across the island on 11 June, following the failure of talks held with the Minister of Health regarding an increase in the allowance of non-medical health staff.

Another islandwide token strike took place on 17 June in protest of the Health Ministry’s alleged partiality towards the medical health staff, specifically doctors.

Stating that all employees in the health sector are at equal risk and there seems to be blatant discrimination against them, in favour of doctors, the unions waged protest in objection.

Meanwhile, while the primary demand of both medical and non-medical healthcare and health sector workers remains to be financial compensation, the Ministry of Health, after a cabinet meeting held recently, had agreed upon providing a special allowance of Rs. 7,500 to the healthcare sector, barring the medical staff.

The special allowance would be given out from June to August, for a period of three months, The Sunday Morning learnt.

Speaking with The Sunday Morning, College of Medical Laboratory Science (CMLS) President and member of Health Trade Union Confederation Ravi Kumudesh stated: “Non-medical health staff do not have the same type of benefits as the medical staff. Even if there is a lockdown or travel restrictions, non-medical staff are expected to report to duty regardless – but they aren’t given transport. The doctors get all the perks, when non-medical staffers put in an equal effort, if not more, when it comes to battling the virus.” 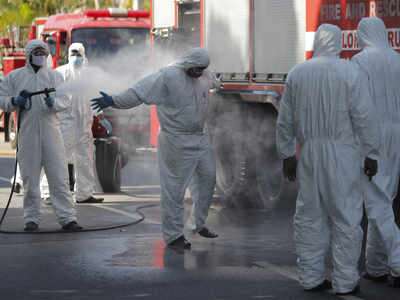 Reiterating that healthcare workers of the middle and lower tiers are yet to be provided with any sort of relief for their services and that the benefits medical staff receive have been increased, Kumudesh went on to say that the Ministry of Health has always had a stepmotherly attitude towards the non-medical staffers.

Furthermore, Kumudesh went on to note that the trade union action had been taken after making sure the Covid-19 programme, cancer, maternity, and paediatric hospitals, and their functionality would not be hindered.

Concurring with Kumudesh’s views, All-Ceylon Nurses’ Trade Union General Secretary H.M.S.B. Mediwatta, speaking with The Sunday Morning, stated: “There are certain problems related to common facilities of the nurses who are on duty, especially given the present circumstances in the country.

“Moreover, we did not necessarily make any requests just because the Government Medical Officers’ Association (GMOA) too had made demands for financial benefits; we have requested certain benefits that the nurses require at present to fulfil their service as non-medical staff.”

Interim allowances that had previously been promised to the nursing services back in 2015 is their main demand, Mediwatta reiterated.

“Apart from that, all health services have requested an allowance for Covid-19, and we have requested the authorities to make nurses eligible for that special allowance as well,” Mediwatta noted.

Reiterating that they have requested a fair and justifiable sum, just as the medical staff had, Mediwatta went on to say that the nursing service is facing certain issues such as transportation and vaccination of the next of kin, which must be resolved promptly.

According to GMOA Assistant Secretary Dr. Samantha Ananda, the trade unions have given an inaccurate picture to the masses in this regard, which has led to several misunderstandings.

Speaking with The Sunday Morning, Dr. Ananda stated: “The people who are speaking up against the financial benefits the medical healthcare workers were given, have given a completely different picture to the public. There is a misunderstanding that the doctors were given a salary hike when in reality, it is an allowance for their services.

“The frontliners who are battling the disease first-hand, the doctors who are in the areas where there are a large number of Covid-19 cases being reported, and likewise, the medical officers of health (MoHs) are the ones who are to be given this allowance, and there seems to be a misconception that this allowance is to be given out to all doctors.”

According to Dr. Ananda, regional MoHs and doctors at Covid-19 treatment centres across the island are provided with an allowance for their overtime services, and these benefits would be provided to the frontline healthcare workers battling the coronavirus, and not all health sector workers.

“Any doctor is eligible for 120 hours of extra duty per month, and 120 hours is the maximum. Even if doctors work more than those given number of hours, they would only be able to claim overtime for those 120 hours only. However, there is also a limitation for the work hours, which is at four hours a day, that had been increased to six hours a day recently.

“Doctors who take care of Covid-19 patients, work nearly 8-10 hours a day, and the requested benefits are not something new, this had been granted to doctors temporarily, throughout the first and the second waves of the pandemic for no longer than a period of three months as well,” Dr. Ananda elaborated.

Similar allowances had been granted to public health inspectors (PHIs) and other health sector categories as well, he said.

In reply to The Sunday Morning‘s query with regard to the GMOA elections, and if the demands for allowance had been made targeting the elections, he reiterated that the move was not politically motivated by any means.

“Elections are conducted annually and the GMOA executive and the general committees are elected, but there hadn’t been an election over the past four years until now.

“The President, two Vice Presidents, and the Treasurer were elected uncontested this time, and everybody was elected unanimously. Nominations for a contestant who ran for the president’s post had also been rejected by the Elections Commission,” he concluded.

Several attempts made by The Sunday Morning to get in touch with Minister of Health Pavithra Wanniarachchi and Health Ministry Secretary Dr. S.H. Munasinghe for more insight on the matter proved futile.

October 19, 2021 byNews Admin No Comments
Ever since the Covid-19 pandemic outbreak took place, daily life across the globe has transformed with unprecedented shocks on the global economy, trade, and mobility. All facets of our socio-economic