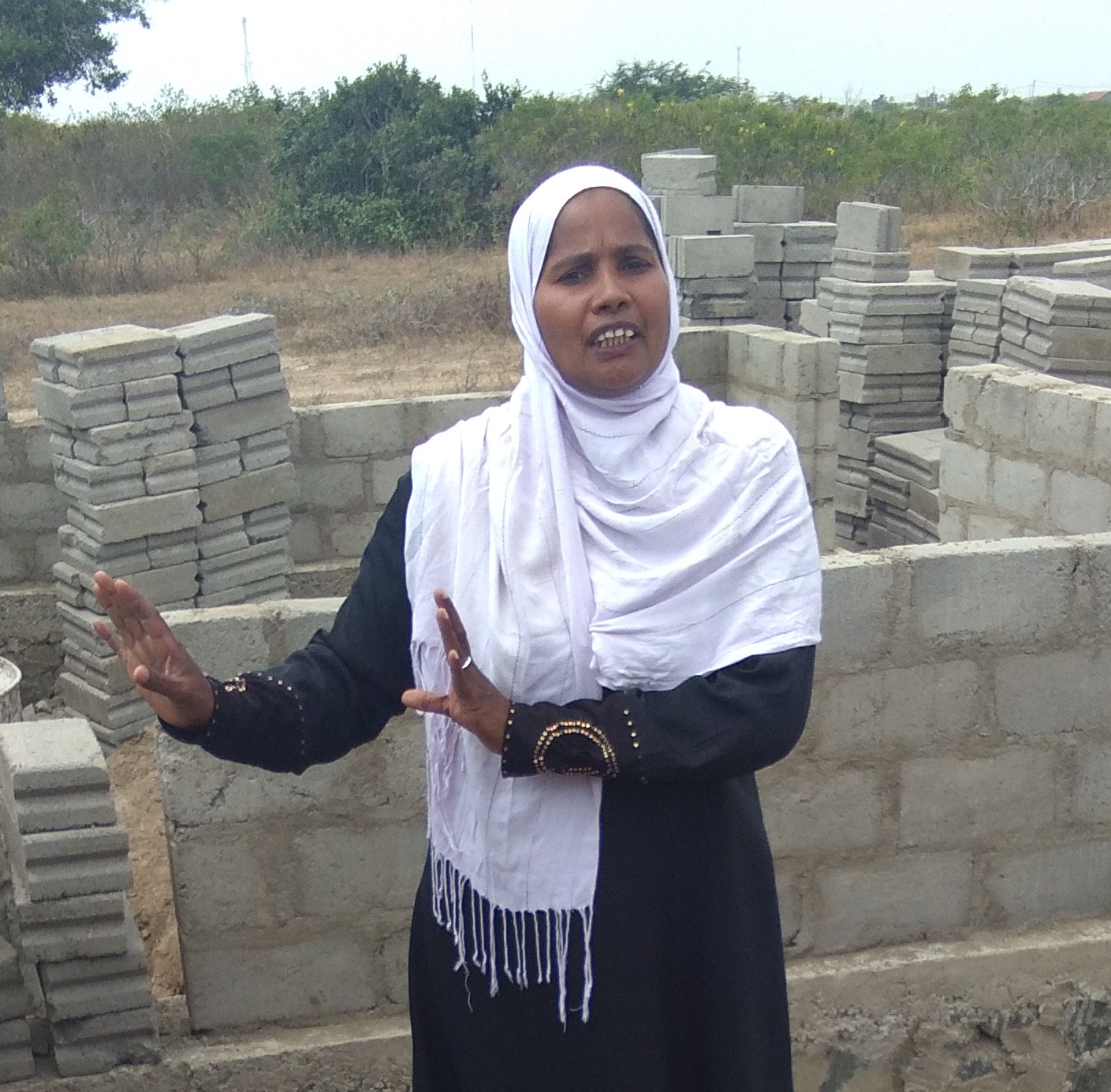 By Sarah Hannan in Silavathurai

Sri Lanka for centuries has become the homeland of choice for many communities; the country’s Muslim population seemed to have arrived for trade by ship from the Arab world. These traders had later settled in various parts of the island’s coastal belt, owing to their occupation of trade. Silavathurai – formerly known as Muttu Chilavathurai – has been home for them for over 2,000 years, according to the present descendants. The residents claim that their ancestors were pearl fishers and had even supplied pearls to Queen Cleopatra of Egypt and Queen Elizabeth.

Their sovereignty to Silavathurai, however, was snatched away in 1990, with the LTTE forcefully evicting them from their land due to the civil war. While the land was uninhabited from then on, in 2007, the Sri Lanka Navy had occupied the 36-acre residential land plot and later set up camp for SLNS

herapuththa. With the war ending in 2009 and the Government promising to demilitarise war affected areas, only six acres of land was released for the returning families to resettle in Silavathurai.

In hopes of getting more insight into the situation, The Sunday Morning travelled to Silavathurai on 15 March. It also happened to be the 24th day that the Silavaturai community continued with their peaceful protest which commenced on 20 February to persuade the Navy to move out from their once-residential area.

We spoke to the Land Rescue Front of Chilavathurai Chairman M.S. Taj Mohomed to understand how military occupation had affected their lives during the last 10 years. “There were about 220 families living in this area and in 1990, with the overnight evacuations, we were internally displaced with some of the families seeking refuge with their families in other parts of Sri Lanka, such as Puttalam, Anuradhapura, and Colombo. Some of us decided to stay at government refugee camps that operated at the time.”

Upon their return in 2009, they were rendered homeless by the government military forces. Mohomed recalled that there were 180 permanent residential families which lived in the area, with Silavathurai having its own school, hospital, petrol shed, two mosques, ice factory, and a fishing community which owned 13 drift gillnets prior to their eviction in 1990. Since their return in 2009, they felt restricted.
Pointing towards the Chilavathurai G.M.M. School, Mohomed said that only a six-acre land area is now allocated for them to live.

“We are not asking much from the Government – we don’t even want their money to start our lives. All we want is our land to be returned. The area that is sectioned off and where you may see a housing scheme under construction is actually sitting amidst the Navy camp on the left, an Army camp at the back, and a police station at the front. How are we to live under such conditions? The war ended, why can they not demilitarise our land already?” 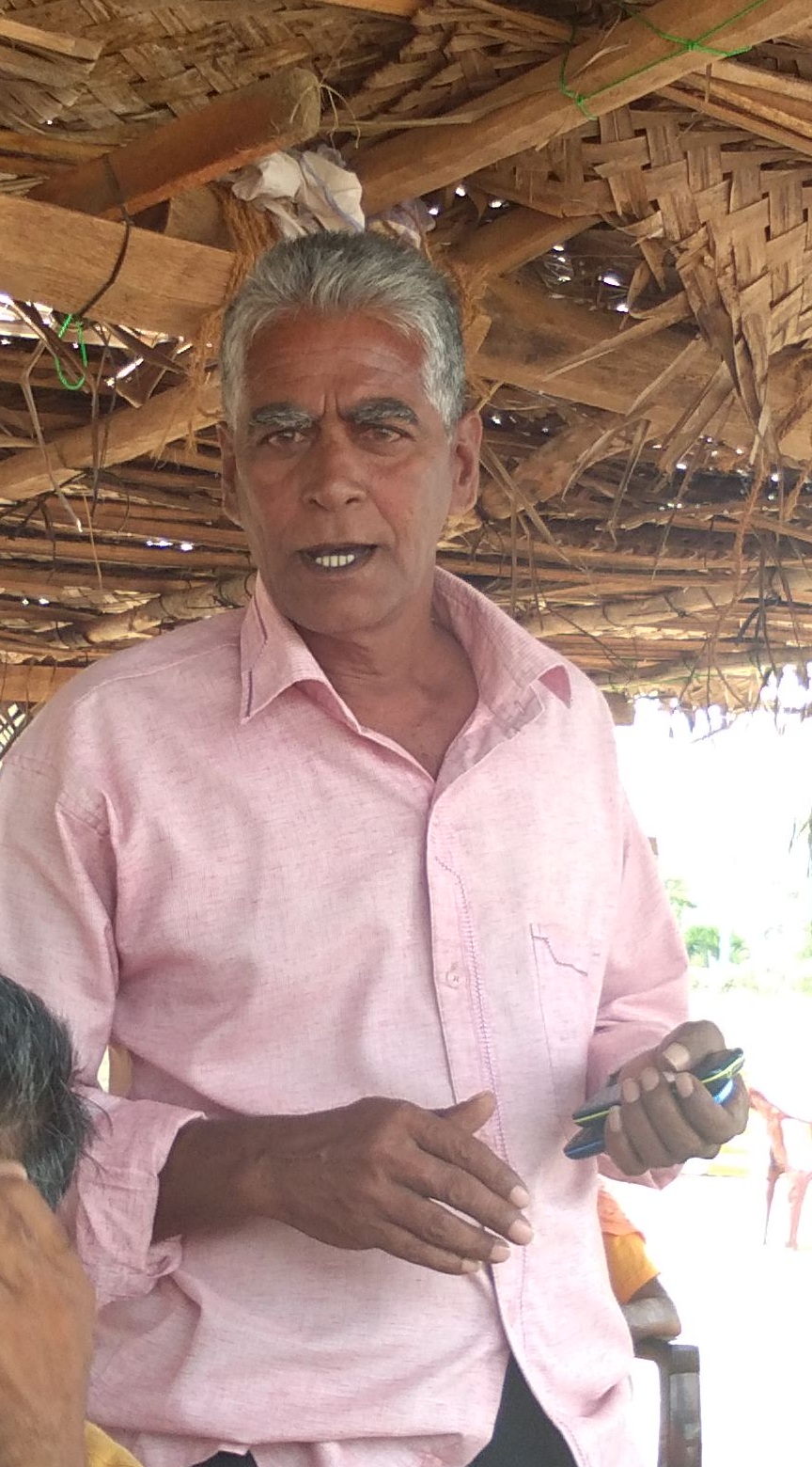 Azzez Rahim, a resident of Silavathurai, weighed in, stating: “Though it was about 180 families that were permanent residents in the area and we only have the title deeds for the said 180 lots, when we returned in 2009, our numbers increased to almost 750 people with at least two generations having to share a small land area allocated to each family.”

Rahim added that the housing schemes that are constructed with the aid of Qatar, which is popularly known as JASSIM housing, had allowed land allocation of only up to 20 perches per family. 300 housing plots have been allocated, yet they say they would rather have their own land back which the Sri Lanka Navy is occupying.

“We have heard and seen for ourselves that many returning families in the Northern Province have land allocations of about one to one-and-a-half acres of land, so they could grow vegetables or engage in rare livestock management. What are we to do with 20 perches? We cannot continue with our fishing activities, because the Navy is occupying the areas that we used to lay our drift gillnets,” Rahim retorted.
Within the 10 years, Rahim informed that the Divisional Development Council of Silavathurai had constant discussions with the relevant authorities to allocate a land area for the Navy camp to be shifted to. “The President made several promises with the last promise made in 31 December 2018, stating that the camp for SLNS Therapuththa be relocated to the said area, but it is 15 March and there is no sign of them moving. How many more years are they going to take to demilitarise our homeland?”

We then asked about the new constructions that are underway in the six-acre land and inquired whether anyone would be willing to take us to the area where the school is. Fathima Rizvana volunteered to take me towards the new settlement.

Entering the residential area, I observed that the mosque was preparing for the Friday noon Jumma prayers. We drove past the mosque and stopped near the school to gauge the situation. True to Mohomed’s words, there was a path that led to the Navy camp in front of the school. Rizvana then pointed at another barrier and said that it was an Army camp.

“We feel that we are constantly watched by them, not that they harass us or anything, but it puts a lot of pressure on the kids who attend school. The approach road to the burial site of Silavathurai actually falls through the Army camp. With the Army having barricaded the road, we have to take a long treacherous route to get to the burial site.”

We proceeded further on foot with Rizvana, so she may show us her house, which was under construction. I asked her the process that she had to go through to obtain a plot of land and qualify for funding, to which she replied: “To tell you the truth, I actually came to Silavathurai after my marriage, which was 17 years ago. I have two children who are 16 and 10. With the house still under construction, they now live with a relative in Puttalam where they also attend school. It was no easy task to obtain this plot of land. I know it is not much, but at least my children and I will have a house of our own to live in hopefully by the end of this year.”

I later learnt that Rizvana had embraced Islam to marry the person whom she was in love at the time. But today, as a divorced mother of two, she has to constantly face authorities and a certain level of intimidation from the community. She also said that she had run for the local government elections during the previous Government and at present works as a human rights leader for the area.
“After settling in Silavathurai after marriage, I was determined to serve the community in any way I could. My main motivation comes from me being a single mother and wanting a better future for my children. I cannot bear to see them suffer the same way I do at the moment. People question my intentions sometimes; they scoff at me saying that my origins are not from here and that I don’t even actually live here. I am in fact fighting for my children’s birth right, so they could continue to live in their birth place.”

According to Rizvana, the residential area is now broken into two “colonies” as they are called, comprising 56 and 96 houses in the two colonies in which 300 families live. Each of these plots were issued with a building permit and people were scrutinised before land was allotted to them. Each house that is constructed or which is under construction receives a sum of Rs. 700,000 to purchase construction material.

“The funding is disbursed from the Qatar Government; we receive the funding in instalments of Rs. 100,000 each. While this is some relief, we still have to put our own money to pay the labour cost,” Rizvana stated.

She then took me on a tour of the house which stands on the 20-perch plot that was given to her. The house comprises two bedrooms, a living room, a kitchen, and a bathroom. But at the moment, only the half-built walls of the layout of the house stood on its foundation.

“The construction happens in parts as I mentioned earlier. The first phase is now complete and I have to raise Rs. 100,000 by Monday (18) to pay off the labour cost. It is also very challenging when building material prices increase frequently, so we might estimate to complete a section by a certain time, but everything gets delayed when we cannot purchase material as required at the time.”

Regional correspondents were present and even the young residents with smartphones in hand were very enthusiastically documenting the protest. The protest went on for close to half-an-hour with a person reading out slogans over a megaphone, urging the Navy to give back their land.
“We will continue our peaceful protest until the President of Sri Lanka takes actions as promised to move this Navy camp and return our land,” Mohomed added.

Meanwhile, the Navy officers from their security barracks were seen documenting the protest with a DSLR camera. 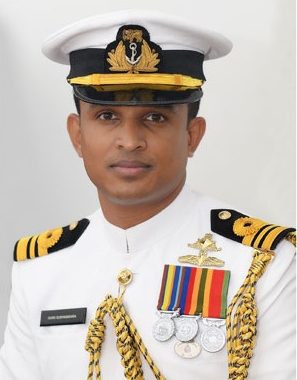 The Sunday Morning contacted Sri Lanka Navy Media Spokesperson Lieutenant Commander Isuru Suriyabandara for comment over the land dispute. He stated that the Navy is aware of the ongoing protest and the Government had released a plot of six acres to resettle returning families in their home town.

“The returnees are requesting for our base to be moved from its location. SLNS Therapuththa camp was established in Silavathurai to safeguard national security. With the end of the war, the Government – with the assistance of the Sri Lanka Navy, Army, and the Police – has been tirelessly working to put an end to the illegal fishing activities that are taking place in the northern coast. Moreover, the area is now turning into a narcotic smugglers’ hotspot with Kerala ganja consignments being peddled using fishing boats from time to time,” LCdr. Suriyabandara confirmed.

He further noted that the Navy even aided in constructing houses for three families since January 2019, and are looking at building 12 more houses for the resettling families in the area.

“It is our duty to prioritise the safety of the people and the country. If the base is moved from the current location, people of Silavathurai will have to deal with illegal fishermen, drug peddlers, etc., who at the moment are confronted and arrested from time to time by us, the Army, and the Police,” LCdr. Suriyabandara reiterated.

Sunny Side Up: Another jogging track suspended

September 12, 2021 byNews Admin No Comments
The construction of jogging tracks has come under severe scrutiny by the public on various social media platforms.

May 2, 2021 byNews Admin No Comments
Keeping with its development plans, the Government recently commenced the construction of free housing for the estate community. The Ministry of Urban Development and Housing ended the month of April