Democracy: Rhetoric or a practice? 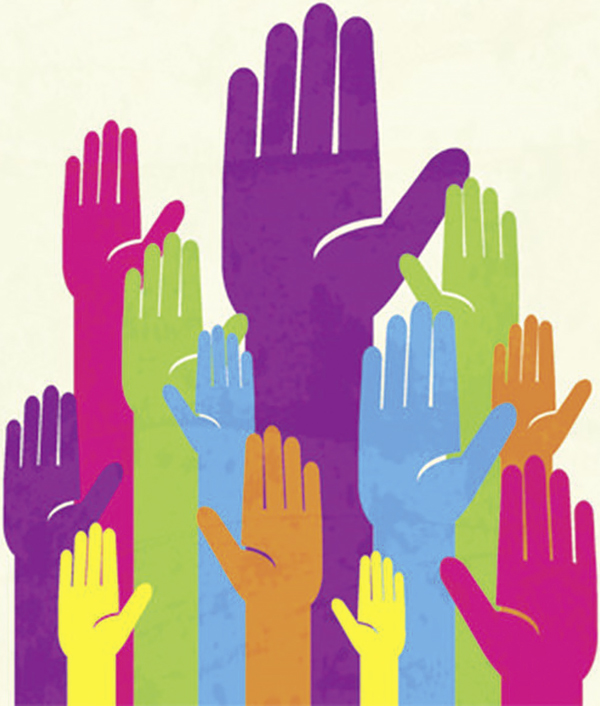 Although exact dates for the presidential election have not been declared yet, it is clear that the enthusiasm and interest over the upcoming presidential run in the country is significantly increasing. The candidates of two major political camps have already been announced – the candidate of the Sri Lanka Podujana Peramuna (SLPP)-led alliance and the candidate of the Janatha Vimukthi Peramuna (JVP)-led alliance. Another interesting development is that discussions on the United National Party (UNP) candidate seem to be resulting in an internal crisis of the party.

Gotabaya Rajapaksa has already commenced his campaign as the candidate nominated by the SLPP and Sajith Premadasa has stated that he will contest the election even though he has not been offered the official candidature from the UNP yet.

Leaders of the UNP say the UNP candidate will be announced only after the presidential election is declared and some say that Ranil Wickremesinghe will contest. According to some, Speaker Karu Jayasuriya’s name has also been proposed. Irrespective of the people who become the final candidates for the upcoming presidential election, this presidential election will have certain unique aspects when compared to past elections. This can be explained in relation to many aspects.

Differences in this election

Some argue that after the 19th Amendment, the President cannot even hold the portfolio of Law and Order. Some legal experts responding to this argument say that the current executive powers will still be vested with the president in terms of what’s granted by the Constitution – for instance, to appoint the permanent secretaries to the ministries and many other high-profile positions.

Others feel that the 19th Amendment will not have a serious impact if the Prime Minister and President are appointed from the same camp. However, it is correct to acknowledge that a change in the portfolio held by the executive president could be expected after the presidential election.

Secondly, this presidential election is significant because it allows us to reconsider some of the political issues that have emerged in the country since 2015. The current President won the 2015 Presidential Election by promising to create a new form of governance under the model of good governance. 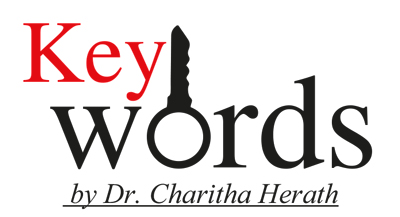 Both the President and Prime Minister formed a government in collaboration with the UNP and SLFP, naming it a “coalition government”, claiming it as the means by which they would deliver good governance in this country.

One of the benefits to the voters in the upcoming presidential election is that they can follow up and review whether the President and Prime Minister have in fact fulfilled their promises of good governance.

In addition, this year’s presidential election would clarify whether the people of Sri Lanka evaluate political reforms based on tangible and measurable social and economic development which takes place on the ground or merely political rhetoric centred on intangible concepts like good governance.

In my opinion, this presidential election will grant all of us the opportunity to realise whether the voters of this country still believe fabulously created political myths as opposed to tangible outcomes, in terms of physical development, for instance.

Main topics at the election

Thirdly, it is my observation that two main topics in this country’s political agenda will be subjected to discussion during this presidential election. One of these topics is how to build the economy of this country or what reforms can be introduced in the economic sphere. The other topic to be discussed at this presidential election is the political reforms that need to be addressed and how they are to be carried out.

There is no need of expert knowledge to understand that the country is in serious trouble in the economic sphere, as all aspects of the country’s economy have met recessions. The argument against the previous Government regarding their economic development agenda is that the benefits were not equally distributed.

The newspaper advertisements in the daily papers itself are the best example of the fact that the development projects introduced by this Government were merely limited to exaggerated campaigns. It is worthwhile to investigate how many housing projects could have been completed through the expenses which were incurred on paper advertisements published by the Ministry of Housing Development.

It is clear that many topics in the field of political reform are already under discussion.

Who has the worst history?

Although it is a clear fact that any government’s behaviour in terms of respecting democracy needs to be questioned, some representatives from the UNP speak as if UNP is the sole saviour of democracy. While it is true that some of the country’s major political parties have damaged democracy, it is a fact that the UNP has the worst history.

Their history goes back to the period commencing from 1977, when the July 1980 labour strikes were suppressed. Thugs who were taken from Colombo to poll in Jaffna during the 1981 District Development Council (DDc) elections filled ballot boxes forcefully.

Some of the TNA members now seem to have forgotten the fact that those underworld envoys returned to Colombo after setting fire to the Jaffna Library. Not only was the presidential election held completely disregarding then Opposition Leader’s civic rights, but those politically against them were jailed under Naxalite charges.

It was the then Commissioner of Elections who called the 1982 Referendum the most corrupt election in history.

Hector Kobbekaduwa, who went to vote for the referendum, had to come back because his vote was already cast by a thug.

The 1989 presidential election was held under the patronage of underworld figures like “Sotti Upali”. Sixty thousand young people were burned on the roads during the 1989 JVP insurgency under their so-called democracy. The SLFP-led alliances, which have been in power since 1994, have allegations levelled against them with regard to violating democracy, but the level of their corruption is far behind that of the UNP.

The 1996 North Western Provincial Council election itself was full of corruption and violations of democratic norms. Certain areas where the struggle against terrorism in the North since 2005 took place have been identified by different parties as lacking democracy. Terrorism itself is the enemy of democracy and certain activities carried out with the attempt of defeating terrorism have been interpreted as political mistakes.

However, in my understanding, the UNP is the political movement that has violated democratic norms in broad daylight.

In that sense, from the standpoint of history, I believe that there is not a single possibility of identifying any of the main political camps in this country as purely aligned with democratic values.

It is my understanding that this presidential election battle is based on who the strongest reformer is and not on who the best “talker” is.

(The writer is senior lecturer at the Peradeniya University. He can be reached via Twitter on @charith9)

Presidential campaigns reach a fork in the road

October 6, 2019 byThe Sunday Morning No Comments
Nominations for the 2019 presidential election are due tomorrow (7), and the public’s attention is firmly on the presidential hopefuls and the issues that they will be discussing during the next

December 5, 2018 bythemorninglk No Comments
In an article titled “Sacking RW, appointing MR & Dissolution of Parliament are unconstitutional”, published in the Colombo Telegraph, Prof. Suri Ratnapala articulated the reasoning for his...