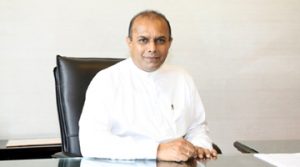 The Deputy Speaker Ananda Kumarasiri announced in Parliament that MP Ranjan Ramanayake has not yet submitted the audio recordings to be tabled in Parliament.

On the 21 of January Ramanayake said he will table in Parliament all call recording and videos that have not been leaked by third parties.

However, yesterday(22) he said he was unable to access his storage of call recordings as he was in remand custody.

He also requested that he be granted at least two days bail to have access to his bank storage and be able to table his collection of audios in Parliament.

March 16, 2021 byNews Admin No Comments
Pakistan’s High Commissioner to Sri Lanka, (Retd.) Maj. Gen. Muhammad Saad Khattak yesterday (15) said that the proposed move by the Government of Sri Lanka to ban the niqab will serve as an injury to