Renowned Chef and Restaurateur Dharshan Munidasa, who for the past 25 years has been dedicated to promoting Japanese cuisine and cooking philosophies in Sri Lanka, received the honorary title of “Japanese Cuisine Goodwill Ambassador” by the Japanese government in January 2021.

The country’s Ministry of Agriculture, Forestry, and Fisheries bestows this title on professionals engaged in Japanese cuisine capable of providing appropriate consultation on the dissemination of Japanese food and dietary culture. Both foreign nationals and Japanese nationals residing overseas are eligible, and well-known past recipients of this title include award winning chefs Nobu Matsuhisa, 2016 (Nobu Restaurants and Hotels) and Tetsuya Wakuda, 2019 (Tetsuya’s in Australia and Waku Ghin Singapore). 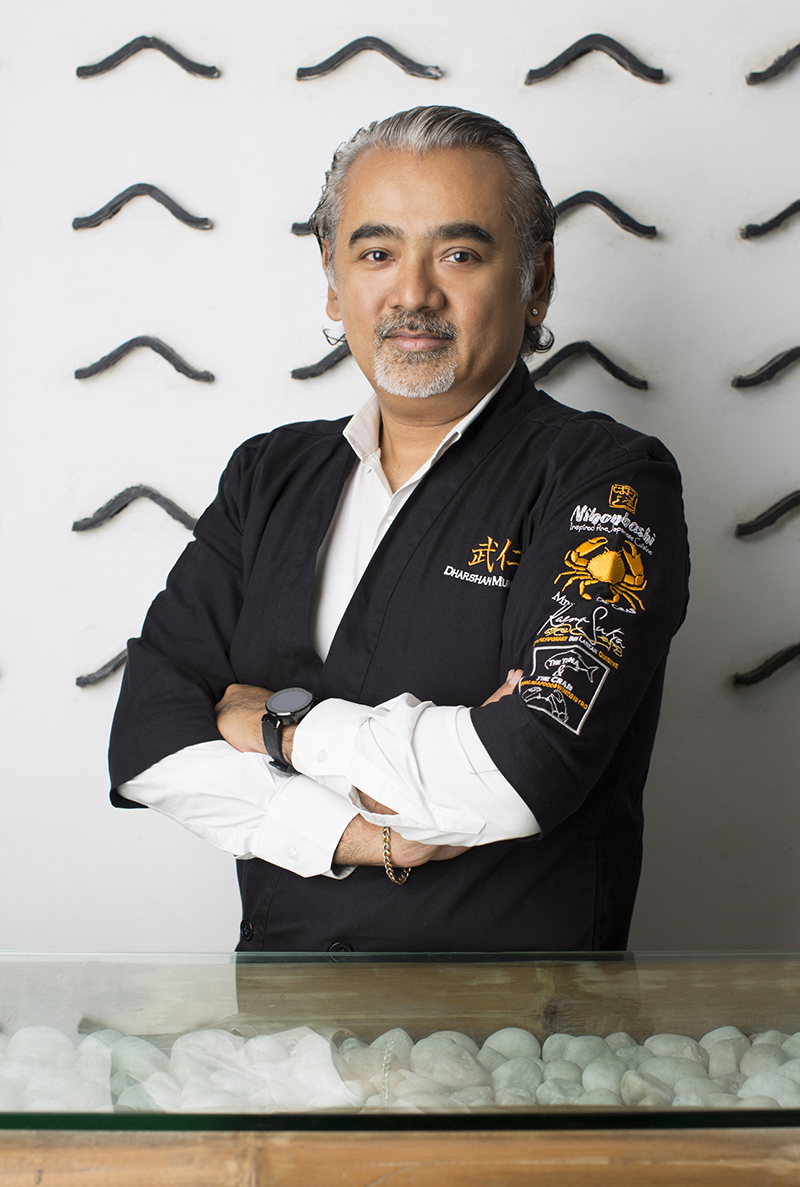 Dharshan has contributed towards the introduction and dissemination of Japanese cuisine in Sri Lanka over the past two decades through Nihonbashi, his participation at Japanese Festivals held in Sri Lanka and via his TV show: Culinary Journeys with Dharshan, where half the episodes were filmed in Japan.

Dharshan ensures that the philosophies of Japanese cuisine are preserved at the Ministry of Crab Colombo, by employing Japanese knife skills, the use of soy sauce and dashi when creating his signature Mud Crab and Freshwater Prawn dishes. These philosophies are also stringently practised at the Ministry of Crab outposts situated in Shanghai, Manila, Mumbai, Maldives and Bangkok.

On receiving this recognition, Dharshan stated: “I am honoured to be recognised by the Government of Japan and am humbled to receive this title not only for myself but also on behalf of my teams at Nihonbashi and Ministry of Crab who understand the philosophies of Japanese cuisine and continue to create high quality, authentic dishes by employing these philosophies daily.”

Dharshan is the first Japanese Cuisine Goodwill Ambassador to be appointed from South Asia. He previously received The Minister’s Award for Overseas Promotion of Japanese Food from the Japanese government in 2014, becoming one of five people in the world to receive the award that year.

July 5, 2021 byNews Admin No Comments
Dilan Joseph, the Immediate Past President of Amana Bank Toastmasters Club, has been a Toastmaster since 2015. He recently triumphed at the Region 13 Toastmasters Quarterfinals and will now advance to