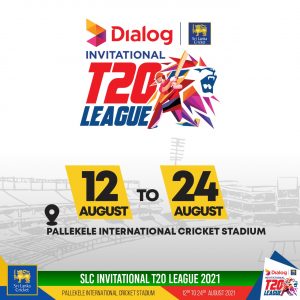 SLC Blues, in their reply, scored only 151 for the loss of seven wickets in the 20 overs. Sadeera Samarawickrama made 58 off 42 balls, inclusive of four fours and three sixes. Ashen Bandara (29), De Silva (16), Angelo Perera (13), and Dhananjaya Lakshan (12) all chipped in. Nuwan Pradeep and Shanaka shared two wickets apiece.

Lahiru Madusanka of Greys was adjudged the Man of the Match. 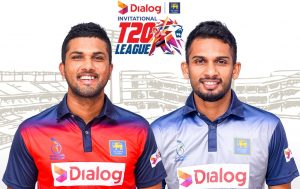 SLC Reds recorded their first win in the series of the Dialog – SLC Invitational T20 League on day three on Monday. Reds beat SLC Greens by 10 wickets in the fifth match of tournament.

Greens batting first scored 143 runs for seven in their 20 overs. Left-handed Kamindu Mendis struck 66 in 43 balls with four fours and two sixes. He has now made three half-centuries in the tournament in three matches. Mendis and Sammu Ashan (29) shared valuable 75 for the fifth wicket. Chamika Karunaratne claimed three wickets for 26 runs as Seekkuge Prasanna claimed two for 20.

Openers Avishka Fernando and Dinesh Chandimal, the Skipper of Reds, made 133 runs for the first wicket in an unfinished and match-winning stand. Fernando scored 82 not out off 53 balls with four fours and six sixes. He became the Man of the Match. Chandimal struck 51 in 48 not out, with four fours and a six.

* Kamindu Mendis of SLC Greens is the highest run-scorer at present in the series. He has scored 193 in three matches, inclusive of three half-centuries. He has maintained an average of 96.50.

* Seekkuge Prasanna of SLC Reds is currently the highest wicket-taker. He has claimed six wickets for 63 runs in three games.

* Unbeaten SLC Greys lead the points table with three wins out of three and SLC Blues are in the second place, with two wins in three matches.

* Two games will be held on Wednesday (18), the day four of the tournament. SLC Reds will meet SLC Blues before SLC Greys take on SLC Greens.

What was Dravid’s ‘secret’ to Dasun Shanaka?

February 2, 2021 byRevatha No Comments
Next Head of the National Cricket Selection Committee