The world of the internet, computers, and data can often seem baffling to most people, but for those passionate people who work in ICT it’s an ever-evolving space with limitless potential for the right person. Today, Brunch speaks to one of these limitlessly passionate ICT professionals, Dilan Jayasekara. 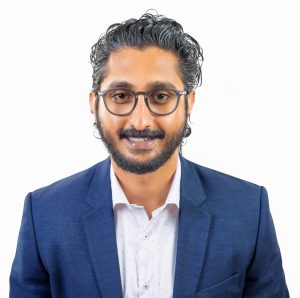 Dilan recently made Sri Lanka proud with his recent nomination as a finalist in the “Emerging ICT Professional of the Year” category of the Australian Computer Society’s (ACS) Digital Disruptor Awards. As an ICT professional, Dilan is a data engineer, and again, for many of us, what a data engineer does is just a bit beyond our level of imagination, but that’s part of what we spoke with Dilan about – what he does, why he does it, and what it is about his work that excites him.

The ‘Emerging ICT Professional of the Year’ award

Dilan’s recent international accolade is groundbreaking because this is the first time a person who migrated to Australia as an international student has been nominated as a finalist for any of the awards (within all seven categories), and the first time a Sri Lankan has been nominated as a finalist in the “Emerging ICT Professional of the Year” award.

ACS celebrates the outstanding tech talent in the Australian industry and recognises the innovators, disruptors, leaders, emerging professionals, and tech superstars who are making a difference – underscoring that Dilan is the next generation of data evangelist professionals in Australia. Dilan was nominated for the award in mid-October 2021 and selected as one of the four finalists in late December.

Expanding a bit on the struggle of international students, Dilan explained that many international students who migrate for study then build safe careers for themselves, often getting stuck in their comfort zones and disregarding important tools like networking and innovating that can help them build much more successful careers. “One message I want to give to international students, and especially students for whom English is their second language, is to grow your network, Everywhere around the world, get to know people and their culture.”

It’s all in the data

Dilan is a data engineer, and it is in the field of data engineering and data science that he has built a name for himself in Australia. By his own admission, Dilan has always been something of a techie, and he studied computer science in Sri Lanka (at NSMB) before migrating to Australia to do his master’s in IT (at Charles Sturt University). At this point, his interests mainly lay in software engineering and web development.

It was while doing his master’s that he first researched data science, and thought to himself, “this is not a bad thing and I should try it out”. This led him to make a strategic leap securing an internship at Family Life, which led to a full-time job opportunity at Pitcher Partners Australia, where Dilan currently works as a data engineer. 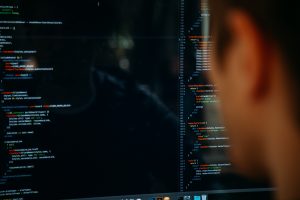 But what is data science and data engineering? It all has to do with the research, analysis, and compilation of data. “Having lived in internet culture for years and years, all of us generate data all the time. From when you pick up your phone early in the morning till you go to bed at night, you’re generating data. Every company in the world generates data in all their operations. Data science is about using this data to do two things: descriptive analysis, which is looking at past data and seeing what happened in that time and extracting stories, relationships, and connections from that data you wouldn’t see in a normal sense to analyse and see correlations between different axes of our lives; and predictive analysis which is using this data and algorithms called machine learning algorithms to train our data to predict the future.”

Now, this may sound straight out of a dystopian science fiction novel, but simple uses for data science include seeing connections between a company’s revenue and quantity over time (descriptive analysis) or using data to estimate a company’s future sales, revenue, or expenses (predictive analysis).

Data engineering, which is what Dilan does now, is slightly different from data science, which is collecting and analysing data, but data engineering, put quite simply, is being able to collect and present data in a way that allows data scientists to make clear and accurate conclusions and predictions. Data engineers provide clean data (removing superfluous and confusing data) so data scientists can better understand the relationships between data, and data engineers are also able to guide data analysis in a way that makes it presentable and understandable to clients. 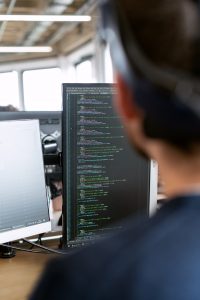 Like many jobs in the ICT field, with data engineering, visions of number-crunching and endless figures come to mind, but for Dilan, this is not the case, because of how he approaches his work, and this outlook comes from a speech one of his professors gave at NSBM when he was a young student just embarking on his career; a speech, Dilan emphasised, that has shaped his career immensely. Regarding this pivotal advice he received, Dilan recounted what his professor told him, noting: “Computer networking is not about connecting computers, it’s about connecting people. Technology builds better tools to make life easy. The work we do is about people,” Dilan said, adding that he builds this advice into his work as a data engineer.

“The work we do is about people,” Dilan said, speaking of data engineering at Pitcher Partners, an accountancy firm. “We build tools to connect clients with their data and showcase it in a way that they’ve never experienced before and part of what is so exciting about it is working with cutting-edge technology that reminds me to keep growing.”

As Dilan has built himself up to become one of the youngest and most sought-after data science professionals in the Asia Pacific, we concluded our chat by asking him what he would say to other young people looking to enter his field. His response was simple: be an all-rounder. “Working with data is not just a techy thing,” Dilan said, noting that most people focus heavily on technical skills but not soft skills. “Knowing how budgeting works, how resource allocation works, managing client expectations when a project is delayed, as well as skills like networking and building on the other aspects of your life is important and will open many doors you never imagined. Working in tech is about connecting people, bridging solutions, and solving human problems, not just the technical stuff.”