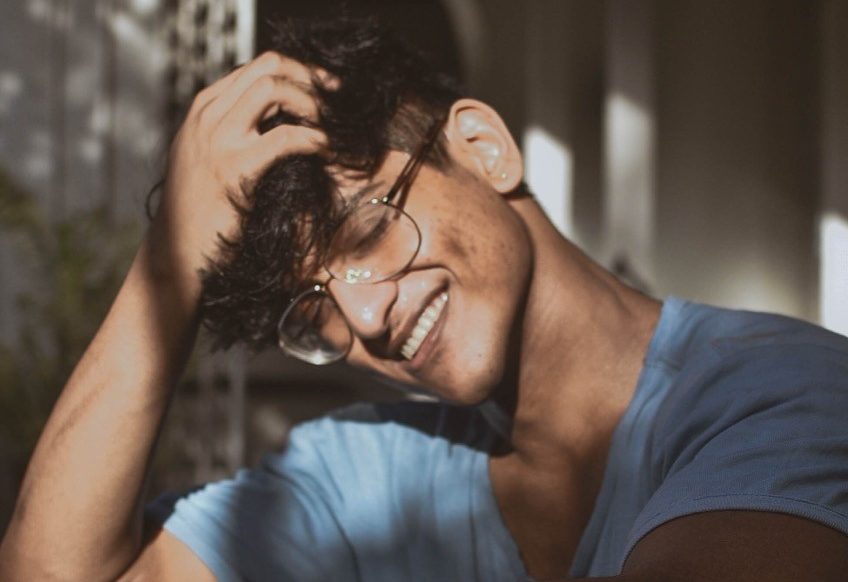 Are any of you looking for some new music? Dinil Gonawela (@justdinil) is one of our very own young, new artists on the rise. He has released a few songs on Apple Music and Spotify, with his newest song being Better Half. Dinil is currently taking a gap year and simultaneously focusing on his music and songs. He is passionate about his music (obviously) as well as health, fitness, and cooking. He hopes to have his music heard all over the world and we are all here for it!

Be sure to go check out his music and keep an eye out for his new songs that will be released soon. Before we get into it, Dinil’s guilty pleasure is eating way too much cheesecake (low-key same). He has also watched Friends four times and is watching it for the fifth time right now. This week, The Sunday Morning Happinez spoke to Dinil and here is what he had to say.

First off, tell us how you got into music.

I used to love listening to music as a kid and I used to love singing too, but I was terrible at it back then. I had a cousin who used to visit my family all the time when I was around 13, and he used to bring his guitar and sing. I was always fascinated by how good he was, so I asked him to teach me the basics, and so he did. Back then, I was someone who’d try out everything when it comes to sports and hobbies, so I didn’t really want to ask my parents for a guitar because I feel they would’ve thought I’d  just waste time with the whole thing.

I remember one of my best friends at the time having a guitar at his place, so I asked him if I could borrow it. Afterwards, I got on YouTube and started self-training with whatever videos I could find; I just fell in love with the whole process, I guess, because I would play the guitar for hours and practise singing for hours as well. As clichéd as it sounds, it was an escape from reality. Then I tried writing songs and immediately fell in love with that because I could put everything I felt into a song and just express myself in a way I couldn’t when talking about stuff.

What is your earliest memory with music?

Singing to my parents when I was small, strumming the wrong chords on the guitar, pretending that I was performing at a show.

You have a new song out – Better Half. What’s the story behind that?

Recently, I started writing songs not only about what I experience, but also about what the people closest to me experience; this is the first song I wrote about what someone close to me was experiencing. So this song means a lot to me.

You write your own music. What’s that process like?

It’s therapeutic, I think, because as fun as songwriting is, it helps me put out my thoughts in the form of lyrics. Also, when I write, I’m inspired by things I’ve been through as well as what people close to me go through; I just think the whole process of putting out a story in the form of a song is just really beautiful!

As an artist, what is one of the biggest hurdles you have had to overcome and what lesson(s) did you learn from it?

Lack of self-confidence at times; when I started writing, I would hear other artists and their songs and I would think I’m nowhere near good enough, and I’d think I shouldn’t be doing this whole music thing, but what I did learn was that I was gradually improving and if I put in more effort, I could be better. Basically, I learnt to be patient and just try to get better day by day.

What is one of your favourite memories so far?

Recording Hooked, because Hooked is the first original song I’ve put out and it’s also the first song I wrote. To hear the final product after finishing the recording just felt surreal.

Any new music coming out soon?

Yes, definitely! I’ve been writing a bunch of songs and I’m already in the process of making the next few releases with my amazing producer, Eve Elai. Hopefully, you guys will love them.

Who are your favourite artists and what is your dream collaboration?

My favourite artists are Ed Sheeran, Bazzi, and Shawn Mendez. I have more but these are the top three for me. And my dream collaboration would be with Bazzi – I just really love his vibe.

Any advice for aspiring musicians and artistes?

Do not be afraid to put out your work even if you think it’s bad, because you’re only going to get better than you currently are. Put your work out and listen to whatever people say, which is how you’d know where you need improve and what you have to do differently. Also, embrace your individuality – be true to you.

April 26, 2020 byPavani Jayasinghe Munagamage No Comments
Today, we are featuring one of my favorite and most popular content creators in the game – 22-year-old Zainab Faizal, who you may more commonly know as Queen Bae. Zainab is a blogger, writer, and a d

March 28, 2021 byPavani Jayasinghe Munagamage No Comments
Driving down Thimbirigasyaya Road, you would have most definitely seen the beautiful boutique Raaya Clothing & Accessories. Every time I pass this by, I always take a minute to see what is on display