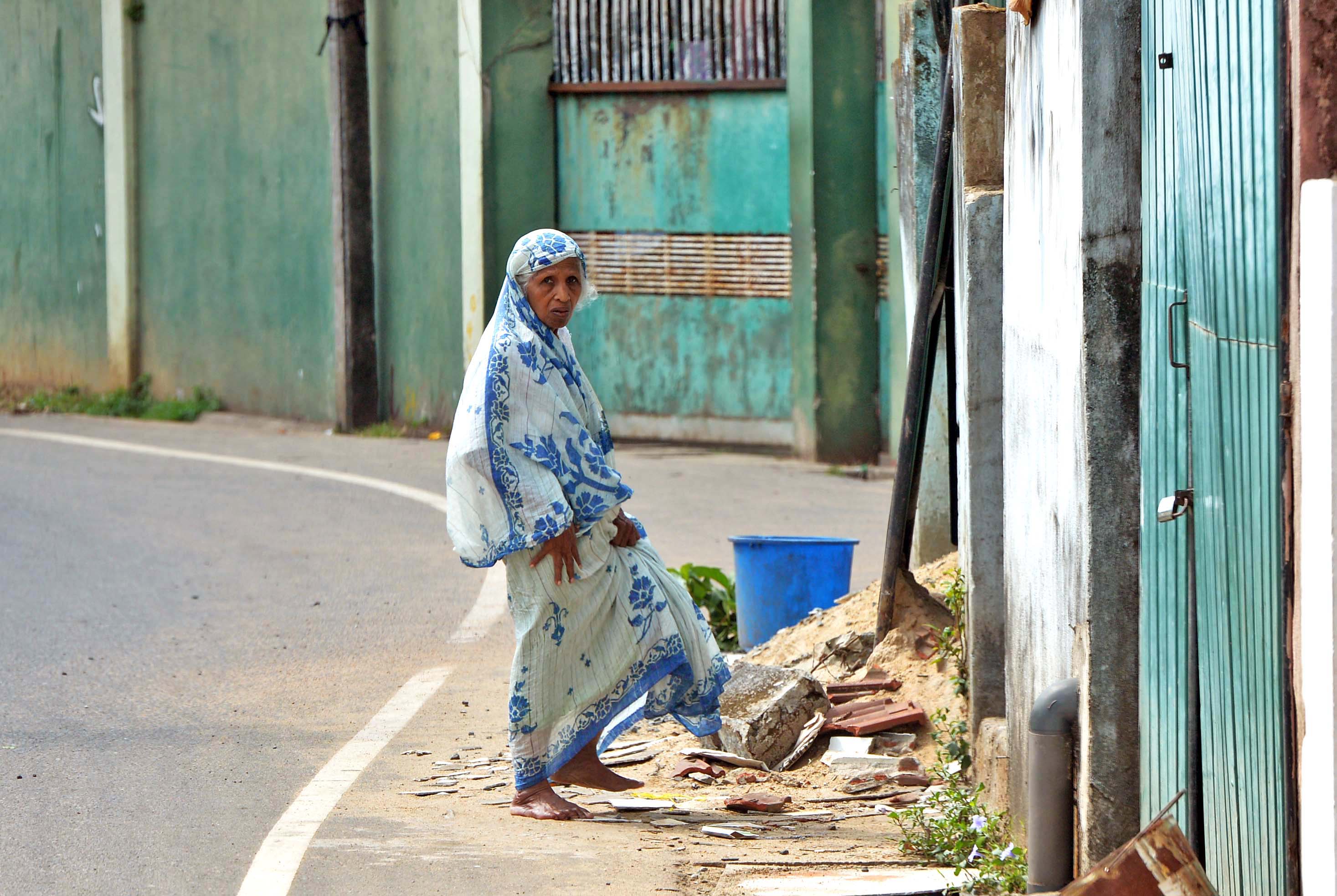 Disconnected and alone – The elderly living in isolation

April 5, 2020 by Dimithri Wijesinghe No Comments

As you browse through the internet aimlessly while maintaining social distancing during these times, we’ve got a story to share with you. A story of a dismissed group of society – the elderly.

We are all probably spending our time under curfew in similar ways, endlessly indulging in social media and gorging on whatever leftovers we have lying around until the next delivery of items. However, for the elderly – living in isolation by themselves with no access to social media, having not a whole lot of contact with the outside world, with maybe just a television and a mobile phone they’re not too sure of how to use, and perhaps living entirely by themselves with no money for food – the social distancing experience could be very different.

In heart of the city but still very much alone

Kanagaratnam lives with her brother and his wife in a three-bedroom house in the heart of Colombo down a lane that is just only a stone’s throw away from the area police station.

They all have adult children who have moved abroad, and they live off of their pensions and whatever the children send back to them, which is a considerable amount; to say the least, they are not short of cash. However, what they do lack is a connection to the world beyond their home.

Kanagaratnam shared how the only way they contact anyone is through the one mobile phone they share amongst themselves. All she can do is make phone calls to “essential numbers” she has written in her diary.

Until the curfew was imposed, she said the most trouble they had faced due to living in isolation was when her sister-in-law fell and hit her head; not knowing how to call an ambulance and having failed to reach the police station by phone, the best she could do was yell for the university student boarded next door.

However, living in the heart of the city during curfew is detrimental to them; all their neighbours are outsiders who have now travelled home. The trio is now completely isolated as city folk are not known for their sociable nature, and nobody truly knows anybody, she shared.

When Kanagaratnam’s roof caved in while the curfew was ongoing, all she could do was call the police station. They were kind enough to arrange for someone to come in and help patch it up, and when the trio ran out of groceries, once again the Police came to their rescue.

Luckily enough, some people living in the surrounding areas, who have learnt how Kanagaratnam and her family have come to struggle during these times, have taken them under their wing, bringing them food when the deliveries happen and bread when the bakery opens, and also checking up on them regularly via phone calls.

Kanagaratnam shared that while she is grateful for the few who took notice, she couldn’t help but regret the way she and her family have lived. “I never realised how alone we really were. I do not understand technology a lot and I never felt the need for television and the internet. But I have felt the need for such things these past few days as I have never before.” She said she worries for those less fortunate than them.

Neighbourly love makes a world of a difference

A couple currently living in Bandaragama face somewhat of an entirely different situation to Kanagaratnam and her family, but they too echo the same circumstances of helplessness.

The couple who used to live with their son until last month now rely on HelpAge Sri Lanka’s daily care programme where the elderly spend their day and have their meals for free before returning home.

HelpAge Communications Manager Ananda Kannangara shared that they provide the service free of charge and there are many elderly persons who rely on the service daily. However, since the curfew was imposed, they have had to close down for the time being.

The couple who had to move to Bandaragama following their son’s marriage just last month has since relied on their relatives living in the neighbourhood to survive. Gramaseva Nildhari Janaka Gunathilake of Bandaragama shared that even though the two were entirely helpless, having expressed their concerns in the days during curfew as they have no income and no one to take care of them, they are being looked after by their relatives in the surrounding houses.

While the couple said they are currently being looked after and are most grateful for it, they expressed that they fear not having anything to eat one day, and their inability to fend for themselves if their needs get ignored for whatever reason.

Gunathilake and Bandaragama Divisional Secretary Buddhika Ruwani shared that they made efforts to deliver Rs. 5,000 to Samurdhi beneficiaries’ homes so they need not line up in damning queues to receive their aid money.

Take care of the elderly

Feeling helpless and scared is something we are all experiencing, but for those who truly feel disconnected, it can be even more daunting. While the official guidelines for the elderly during this time, courtesy of Sri Lanka Association of Geriatric Medicine (SLAGM) President Dr. Padma Gunaratne, are not all that different to what we as citizens are told – i.e. social distancing, washing your hands, and resting – we need to be aware of the issues that come with being disconnected and unable to seek help during times when help is scarce.

University of Sri Jayewardenepura lecturer and psychologist Prof. Mayura Samarkoon shared that the elderly are an already vulnerable part of society; even without a global pandemic looming over us, they already feel as if they are lesser citizens.

During times such as these, when “able-bodied” persons too are at risk, the elderly may feel even more worthless and burdensome to society. So it is advisable to take good care when treating and dealing with the elderly.

It is our duty to treat them as a resource and an important part of our communities that will enrich our youth, and so we mustn’t look at them as a liability but instead as assets.

Indulgence at its finest at CÉ LA VI’s rooftop oasis

August 31, 2018 byJennifer Anandanayagam No Comments
Located in Colombo's metropolitan skyline, CÉ LA VI is the newest addition to the city's finest eateries and bars. Offering patrons views of the restless concrete jungle beneath,

Listen to your elders kids!: Being elderly during the pandemic

February 28, 2021 byNews Admin No Comments
The pandemic has been difficult for just about anyone; people from all walks of life have been affected in one way or the other. While some may argue that those of certain economic brackets may feel..