Do certain factors determine tolerance towards the LGBTQ+ community?

October 19, 2021 by Venessa Anthony No Comments

People of the LGBTQ+ community have faced discrimination and hardships since the beginning of time. Now, in a modern setting, society has seemingly become more accepting of what was, and still is, in some countries, considered to be a criminal act.

In a recent report done by the Social Scientists Association, an organisation working to investigate the way in which social change is contouring the multiple realities faced by communities in Sri Lanka and South Asia, it was shown that there are certain factors to people who do not approve of this community. The association undertook a survey of the knowledge, attitudes, and perceptions of Sri Lankans about Sri Lankan LGBT persons. A structured questionnaire, available in Sinhala, Tamil, and English, was administered in late 2020 among 2130 people in all of Sri Lanka’s 25 districts. The sample was composed of respondents from different gender, age, education, and religious groups. It showed that people over the age of 30, people who live in rural areas, those who have had only secondary education or less, and those who are of certain faith origins are less tolerable towards people of the queer community, and interact with them much less.

Brunch spoke to a few members of the community to understand their opinion of these factors and asked them to share their experiences. 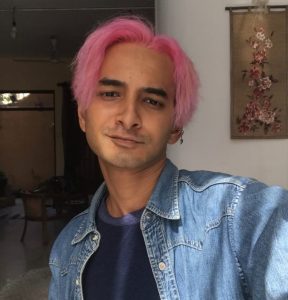 In conversation with content creator and writer Asif Faiz, he noted that it’s quite interesting to see these results and stats come out. He added: “Obviously, as with any study, these are the average results from a group rather than the whole,” while noting that from the outlook of it, it does feel very similar to what he’s experienced himself. But as always, he added that he has heard opposing stories as well, especially those of more silent acceptance in rural areas.

“What I can say however, is how amazing it is to have a study like this be done in the first place, and I really really hope we could have many more to come,” he stated. Faiz observed that these studies help us grasp an approach or strategy on how we can then begin education and awareness, further commenting that these are necessary steps in the right direction. 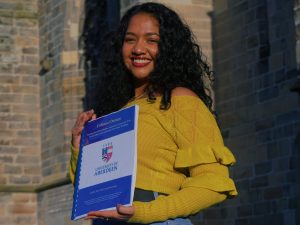 Speaking to Hashtag Generation social media analyst and freelance consultant (SGBV and queer rights) Saritha Irugalbandara, she commented that as far as statistics go, you can’t really deny it since it’s accurate. “That being said, I feel like certain things which are said in a survey that only take quantitative things into account may not give us a complete picture.”

She also added that saying that those that have higher levels of education are more accepting implies that these people are more empathetic because they are educated, which she doesn’t think is necessarily true: “To me, when they say ‘people who are educated higher than secondary’ means people who are more exposed to more liberal ways of thinking. In most universities, compared to how the local school system is set up, you are encouraged to do a little bit more critical thinking and you are exposed to more things.” She highlighted that it does not necessarily relate to their education level, rather the environment in which they are educated.

Is age a factor? 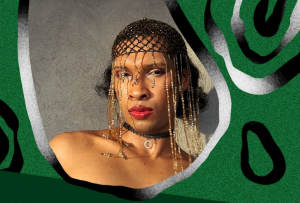 When speaking to freelance illustrator and artist Vasi Samudra Devi, however, she shared that in her opinion, she has found that people under 30 are the most homophobic, and tend to express their hateful opinions online. “I have experiences with young bigots of teenagers to the 20 year-age limit, since this kind of bullying starts in schools among peers, spreads to online platforms, and all these keyboard bullies think they know what’s ‘good’ for the culture,” she commented. Without proper education, there is a clear censor of queer people outside of privileged circles (to mean class, language, and fame). In her experience, she had to deal with boys from her school, who were younger than her, commenting atrocious things on her Facebook profile.

She told us that she has met people younger than her who don’t tolerate the community: “I’ve seen posts of Sri Lankans living abroad who have married someone of the same sex, and the comments under those posts are all young people who want to protect ‘culture’ by saying awful things.” She hypothesised that these children may have been brought up by biggoted parents and family, so they are not taught about the community as something that is normal, which again shows a lack of education.

She even added that someone who was her mother’s age was very open to the community and accepted her when she came out, so age has never been a factor when it came to acceptance for her.

She further expressed that with the government being a Sinhala Buddhist patriarchy means there have an anti-LGBT mindset by default, which contributes to the country’s collective mindset.

Irugalbandara added that she cannot dispute the age factor, as people under 30 are likely to have access to the internet from a younger age, which means they have access to a wide range of resources, whereas with older people, their knowledge comes from outdated beliefs and nothing factual.

Religion and background in relation to homophobia

In terms of whether religion has anything to do with how queer people are perceived, Irugalbandara stated that it is dangerous to make blanket statements like that. “I’m a Buddhist, and I can’t speak on whether followers of a certain religion are more accepting of queer and trans people than others. I will say that when it comes to Islam and Christianity, it is claimed that in the religious text itself that being queer is haram or a sin; if it’s viewed as a sin then obviously one will have certain attitudes. “When you say that Buddhists are more likely to be emphatic, there is a question of what kind of Buddhists, because in my experience ultra nationalistic Buddhists are horribly homophobic and perpetrate queer and trans violence online and offline,” she commented. 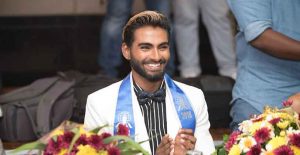 Model Tymeron Carvalho also stated that there are many things that he has to disagree with in regards to the report: “This (homophobia and transphobia) has nothing to do with age, education. I don’t want to sound racist but I must say the majority relies on religious beliefs!”

He added that he has seen well educated people being very homophobic and people from rural areas thinking of the community as being normal. Again, it’s to do with your humanity and the system you grow up with.

Having relatives from Jaffna and India, he informed us that there are still places where he has to behave “normally” on request of certain relatives. 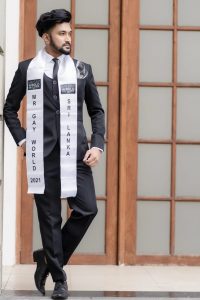 Speaking to Mr. Gay World Ram Dulip, he informed us that he came out as gay in early 2020 and he is personaly experiencing a progressive and positive attitiude towards the LGBTIQ community comparing to three four years back. From then, most of the people are in the young community between 20 to 30.

He added: Recently I was invited by a couple of Sri Lankan universities, government and private both, in order to spread awareness about the LGBTIQ community,” and he explained that all the individuals who had organised the webinars were young, so there seems to be progress taking place.

“Still, there is a slow acceptance from the elder community, likely beyond fifties. I believe that it is because of the lack of the awareness they had while they were growing up and the lack of the resources they had to learn about the diverse communities,” he added. So, he personally believes that we can’t blame our elder community. Instead, we can advocate for them to learn from the younger people of society.

February 2, 2021 byNews Admin No Comments
Model Sayuri Jayarathne, who was recently crowned Top Model Sri Lanka, will go on to represent her country in the 27th edition of the “Top Model of the World” pageant. Jayarathne is a past pupil.

July 16, 2021 byVenessa Anthony No Comments
The impact the pandemic has had on Sri Lanka’s tourism industry, which is the bread and butter of approximately three million Sri Lankans employed in the sector, both directly and indirectly has been