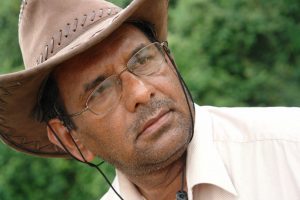 There was a time when Sri Lankan teledramas were something to be proud of, where families would get together to watch a weekly episode with much excitement, awaiting to see how the story unfolds. However, as of recent times, there has come a time where Lankans would rather watch foreign television serials as opposed to Lankan-made ones.

The Morning Brunch spoke to industry veteran Sunil Costa about these changes we are noticing and experiencing with regard to the quality of current Sri Lankan television and how the term “teledrama” has somewhat become synonymous with being bad. Partially agreeing to these sentiments, he stated that there’s a reason why we are seeing these foreign shows gaining prominence here, the reason being lacking nature of our own productions.

On 17 August, Costa announced his new teledrama titled Can You Hear Me. He said he believes it could be something that could change the current trend of television consumption, also stating that infrequently we have come across fantastic shows that have really shook up the foundation. However, there are a few and far between.

He said the show was made because he absolutely had to tell that story; the script had been floating around in his head and it demanded to be written. He shared that he only creates when he feels that what he has to say must be said and if his thoughts are going to be a positive addition to the conversation on that topic. He added that this new show could possibly rival his production that was extremely popular in the island, titled Sudu Andagena Kalu Awidin (සුදු ඇඳගෙන කළු ඇවිදින්).

Costa shared that the concept of his new serial has been suggested to be too complex by some. However, he trusts in the audience’s intelligence and that they deserve an intelligent show where they can exercise their intuition to figure out what the creator intended. “You cannot lie to your audience; they are few steps ahead of us, and my film is rather commercial. It is made to appeal to a broader audience, but it is novel,” he said.

He went on to say that if you are to take films like Ganga Addara by Sumitra Peiris or Deveni Gamana by H.D. Premaratne, they are films that brought some value addition to the cinema industry, bringing forth a depiction of our heritage and village life. Then he questioned why it is that we cannot do this for teledramas today. He said that it is the responsibility of the artists to create worthwhile content for our younger generations, adding that one (artist) cannot say that they (the audience) have no taste when they are not given them something tasteful.

This was said in reference to the many shows from India, Korea, and China that are gaining fast popularity amongst the young people in Sri Lanka. He said that there really isn’t such a competition with locally made shows, adding that it is not the fault of the audience for turning to those shows for entertainment but it is up to the local industry people to come up with work that attracts audiences and enriches their viewing experience.

September 2, 2019 byThe Sunday Morning No Comments
In December 2018, a man slipped and plummeted to his death while attempting to take a selfie at “Uda Diyaluma”, the portion of the famous Diyaluma Falls in Koslanda.

October 6, 2019 byThe Sunday Morning No Comments
Our nation Sri Lanka is one that reflects the utmost level of democracy, equality, freedom and indeed, dignity. It is the Democratic Socialist Republic of Sri Lanka and proclaims the righteous