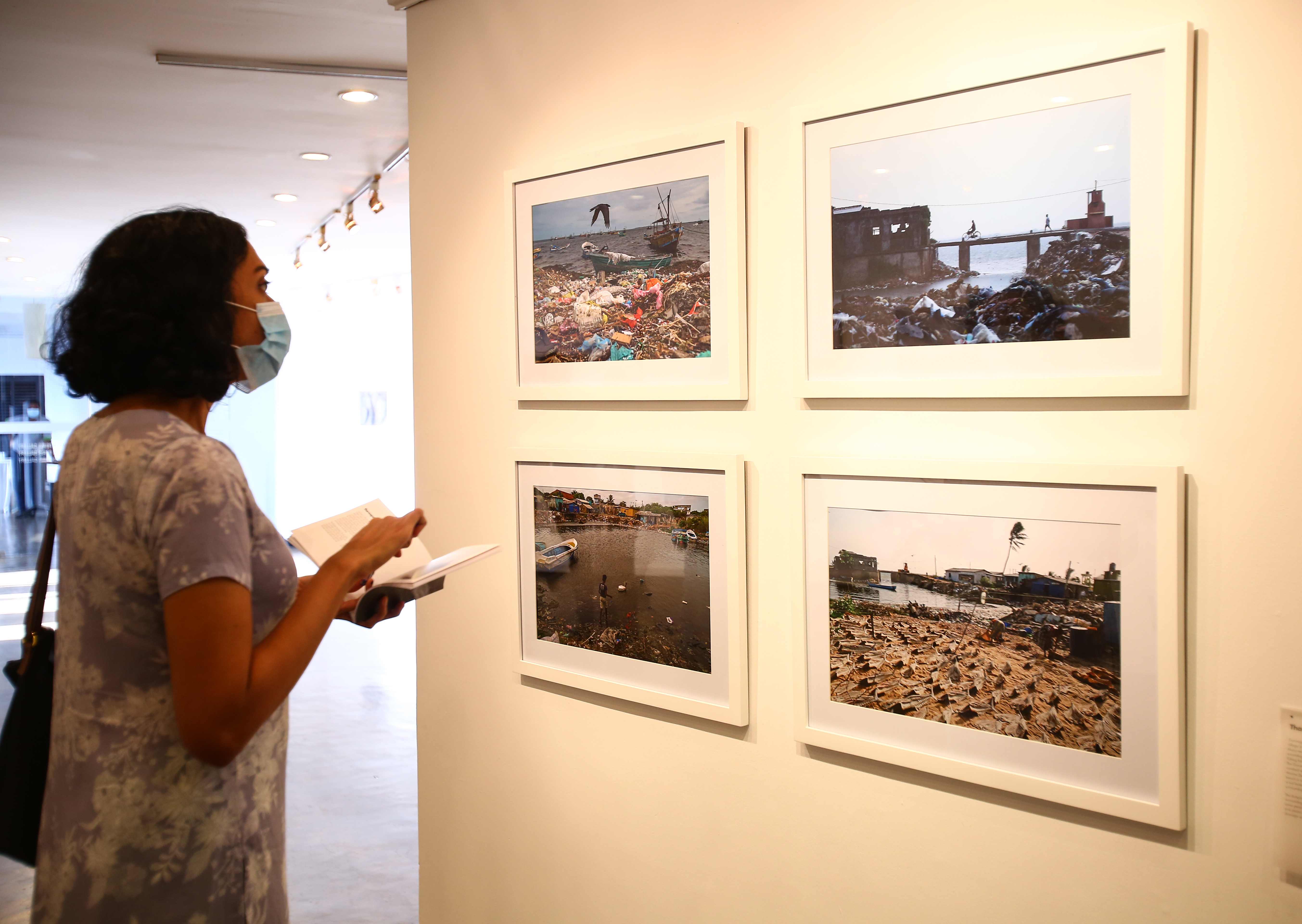 Documenting how humanity and Earth collide: Landmark exhibition by Goethe-Institut

September 13, 2020 by Naveed Rozais No Comments 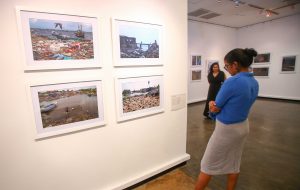 The relationship between humanity and Earth is one that is filled with nuance. While we depend on the Earth for our very existence, our actions and way of life cause a lot of harm, not just to the planet itself, but also to the animals around us and oftentimes even ourselves.

Humanity and Earth, the group photography exhibition held by the Goethe-Institut in collaboration with six talented photographers, casts a lens on this complicated relationship using visual stories to explore concepts of the environmental and climate crisis with its sociocultural implications in Sri Lanka.

The culmination of a three-year project, Humanity and Earth began in 2018 with an islandwide open call to ecologically conscious Sri Lankan photographers to be a part of a mentored road trip around the island, visiting areas where man and nature were in conflict. Following the road trip, six photographers were offered seed grants to pursue their chosen storytelling point of view.

The photographic mentors of Humanity and Earth were German documentary photojournalist Andy Spyra and German-Sri Lankan conceptual photography artist Liz Fernando; each brought different approaches and insights into their discipline, working with the photographers over two years. They mentored the group of photographers through a series of focused workshops and masterclasses, providing context and insight and guiding the photographers to meet a larger creative vision, channelling their views and engagements into a shared narrative that unfolds and captures what the naked eye cannot see.

The stories of Humanity and Earth

Each photographer showcasing within Humanity and Earth told a story unique to their perspective that captured the interaction and conflict between man and nature, drawing focus to the consequences of the conflict, both speculative and realised.

Goethe-Institut Director Dr. Petra Raymond shared that it was very exciting to be able to present an exhibition of this nature in a gallery format in the midst of a pandemic. “Unfortunately, the mentors were unable to join us for the exhibition but worked closely with the photographers to curate the exhibition and make the best choices for arrangements and framing, looking at floor plans, and the specific work of each of the photographers.

“Both mentors Andy Spyra and Liz Fernando approached things from different angles. They don’t look at just a single photograph. They show how different photographs put together can open eyes up to different viewpoints.

“The exhibition is the result of a three-year project with six photographers from different areas and backgrounds uniting to look at what is happening with the relationship between humanity and Earth, how humanity is leaving the Earth broken, and looking to the future and how to heal these wounds. It is one exhibition and one story with six very different contributions.” 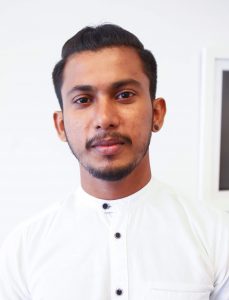 Hailing from Batticaloa and a creative graduate from the University of Jaffna, Parilojithan’s story dealt with documenting the struggles of traditional fishermen in the Batticaloa region. Working with more than 50 of these fishermen’s families, Parilojithan captured this community’s struggles to make ends meet while fishing in rivers polluted by garbage and medical waste.

With natural fishing no longer a viable livelihood, these fishermen are now supported by NGOs (nongovernmental organisations) that give them the resources to raise fish artificially on a small scale.

Parilojithan’s work paints an intimate picture of the lives of these fishing communities, showing their culture and way of life while documenting the way they deal with the garbage and medical waste that is dumped along the rivers they work and live in.

An independent photographer based in Jaffna, who is the Founder of the Jaffna Photography Society as well as the Jaffna Vintage Photo Archive, Tilaxan has documented the transformation of nature and how people live within it for over 11 years. His work in Humanity and Earth tells the story of fishermen in Gurugagar, Jaffna, an area now entirely covered with garbage and plastic waste.

The dumping of garbage in the sea and its surroundings is mainly carried out by the very same people who live in this area, with many unaware of the consequences of their actions on the sea and their surroundings. Through his storytelling, Tilaxan aims to draw attention to the need for proper waste collection and recycling systems for small communities – something that is the State’s responsibility to address. 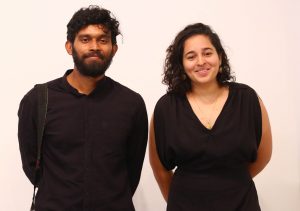 An inadvertent joint effort that started with their interest in the same regions and areas, Mutaher and Obeysekera’s story doesn’t deal with one particular issue. It looks at the undercurrents of change that urban development brings to small villages and communities, telling this story through the eyes of Atanwala, the very last small village you can find before urban development.

Mutaher explained that the story “captures the nuances of how people here live their lives despite hardships. As city dwellers, we romanticise rural life, but for them, the forest can be dangerous and a place of hardship. The changes we see are not drastic but roads and urban development are slowly encroaching and trickling in subtly”.

A freelance journalist who splits his time between Colombo and Jaffna, Rubatheesan’s Humanity and Earth story doesn’t stick to one particular project. It’s a personal reflection of how he views interaction between man and nature and how man depends on the Earth for survival, but still digs their own grave by disturbing the equilibrium of their sole, natural habitat.

Rubatheesan’s images experiment with telling a story through a single image. Keeping a journal to note what he felt when composing images helped him review which images were most impactful.

Speaking on his experiences in the Art and Humanities project, Rubatheesan shared: “The programme and mentorship was a really good experience to learn about how to view and compose a photograph objectively. There was a lot of open critiquing between both mentors as well as the photographers in the group that really showed us what make powerful images and how different photographers take images and what the process behind their work is.” 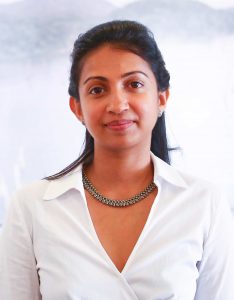 De Mel’s work within Humanity and Earth dealt with the impact of dams along Sri Lanka’s rivers and the impacts of rerouting rivers, both ecologically and on communities in the area. De Mel, who is also the Founder of responsible travel platform Lost in Ceylon, shared that while the series began as part of Humanity and Earth, it will be an ongoing series and point of focus for her.

De Mel’s series looks at the transforming landscape of the southwestern landscape because of the Moragahakanda and Kaluganga Dams. De Mel’s interest in this topic came from seeing mountains being cleared and villages being cleared for dam construction and waterway redirection. De Mel also captures the lives of the resettled communities who have lost their homes due to land being reclaimed for the dams, showing how these new communities are adapting to life in their new settlements.

“In a general sense, we look for short-term economic gains from our development projects. But we need to rethink our idea of what development is and think about where conservation fits in,” de Mel shared, adding: “People don’t realise the extent of permanently altering landscapes and forests. We talk about hydropower as a means of ‘clean energy’, but this is really not the case.”

Biofeedback therapy: over 9,000 tests with just one scan

December 2, 2021 byNews Admin No Comments
Today marks the International Day for the Abolition of Slavery – a day set aside by the UN since 1986 to celebrate the abolishment of slavery the world over.