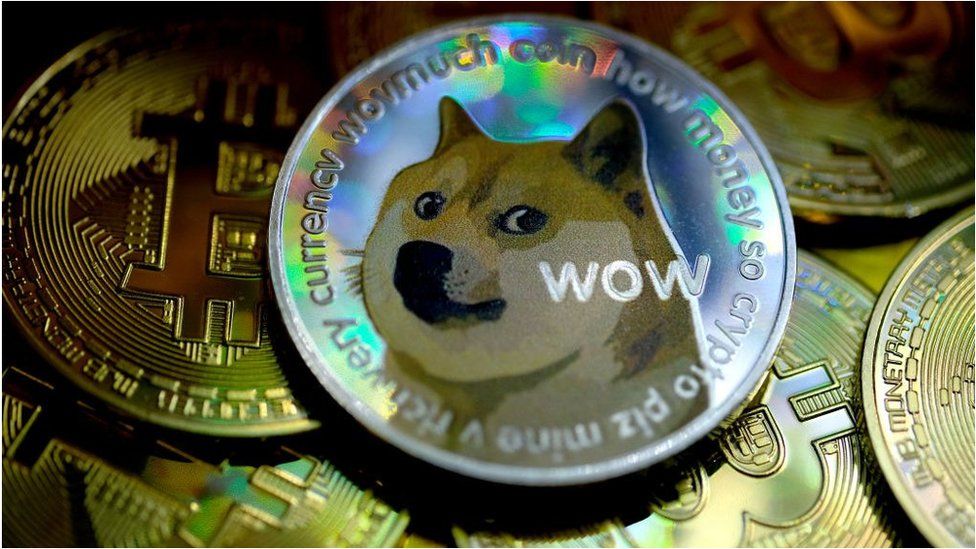 Dogecoin – a real cryptocurrency or just another bad meme?

We have far more eccentric economics majors now more than ever and many of them have taken a rather keen interest in the world of digital currencies. In the age of technological revolution and innovation, tangible currencies are being brought up for debate as their usefulness in the 21st Century continues to be questioned. Most of these doubts stem from the emergence of cryptocurrencies such as Bitcoin, as a global powerhouse, as it has taken only 12 years to become the preferred cryptocurrency amongst many traders worldwide. But, as it turns out, Bitcoin also appears to have a younger brother in the cryptocurrency business which is also making a name for itself. And as it happens, it is rather comically known as “Dogecoin” because of its reference to a famous Internet meme.

On paper, Dogecoin operates no differently from Bitcoin. They both allow peer-to-peer transactions to occur across a decentralised network. But if that is the case, why would Dogecoin become so popular on the Internet? After all, Bitcoin hit the ground running a full four years before Dogecoin even came into existence. The only real explanation for this is that Dogecoin is a representation of just how powerful meme culture can be on the Internet, as the popularity of Dogecoin is largely due to social media platforms such as Twitch and Reddit, two platforms which are prevalent in sharing memes. But if that is the case, then should we take it seriously?

Many of you who study economics in school or university will know that the strength of the brand means a lot when it comes to consumer loyalty. With that being said, Dogecoin has a rather powerful grip on many Internet dwellers simply because it is a reference to a popular Internet meme that has a Shiba Inu Doge in it. But Internet memes are not known for their long life spans. Take the dabbing meme from 2016 for example; does anyone still talk about that trend? Hardly. The doge meme came out in 2013 and is still relevant today thanks to the existence of Dogecoin, but how long can that realistically last?

Well it might last for quite a long time to come, more than what many experts would predict. Dogecoin is currently valued at around $ 6.3 billion, having increased in value by over 800% in the last year which is astronomical compared to Bitcoin which only had a 60% climb in comparison. What emerged as a simple joke in 2013 has become another dominant force in the virtual market. Even big names like Elon Musk have embraced the growth of Dogecoin as a brand, which is understandable given Musk’s love for comical Internet trends and memes. Dogecoin’s growth is by all means a phenomenon in the world of economics, but it is far from a phenomenon in the eyes of Redditors and Twitch users everywhere. I think we have seen quite a lot of Internet phenomena that have had drastic real-world consequences in the last year alone. The GameStop incident comes to mind when I think about this, which is an article I wrote a few weeks back when the incident was still ongoing. Hedge fund managers at Wall Street were literally held hostage on the market simply because people on Reddit decided to band together and forcefully raise the prices of GameStop’s stocks in order to break the market system. If the actions of a group people can bring about such a drastic event like that, then what would tens of thousands of people in the same community be able to do with Dogecoin?

There is still a lot to be learned about Dogecoin, despite its seven-year lifespan so far. As I said before, Dogecoin has grown astronomically over the last year and seems to still be on an upwards trajectory for the time being. The question of Dogecoin and its future is certainly an interesting one for the economics enthusiasts out there, hence why I felt that an article like this would be a good conversation starter regarding an otherwise ordinary cryptocurrency which is slowly becoming more relevant while no one is watching. Do you think Dogecoin will eventually surpass Bitcoin in value one day? Or do you think this is all still a bad joke and it will eventually lose its importance in a few years’ time? Wherever you stand on this debate, I think it is fair to admit that Dogecoin is yet another example of how powerful an Internet community can turn out to be.

June 6, 2021 byKusumanjalee Thilakarathna No Comments
Taniya Nethmi Fernando is an 11-year-old girl from Nittambuwa. She currently studies at British Way International School and is in Grade 7

November 4, 2019 byKusumanjalee Thilakarathna No Comments
Thiyansa Wickramasinghe is an 11-year-old avid reader who is passionate about creative writing and book collecting. Her favourite books are storybooks about Greek mythology.