Doing our best to have a colourful Vesak

May 28, 2021 by Dimithri Wijesinghe No Comments 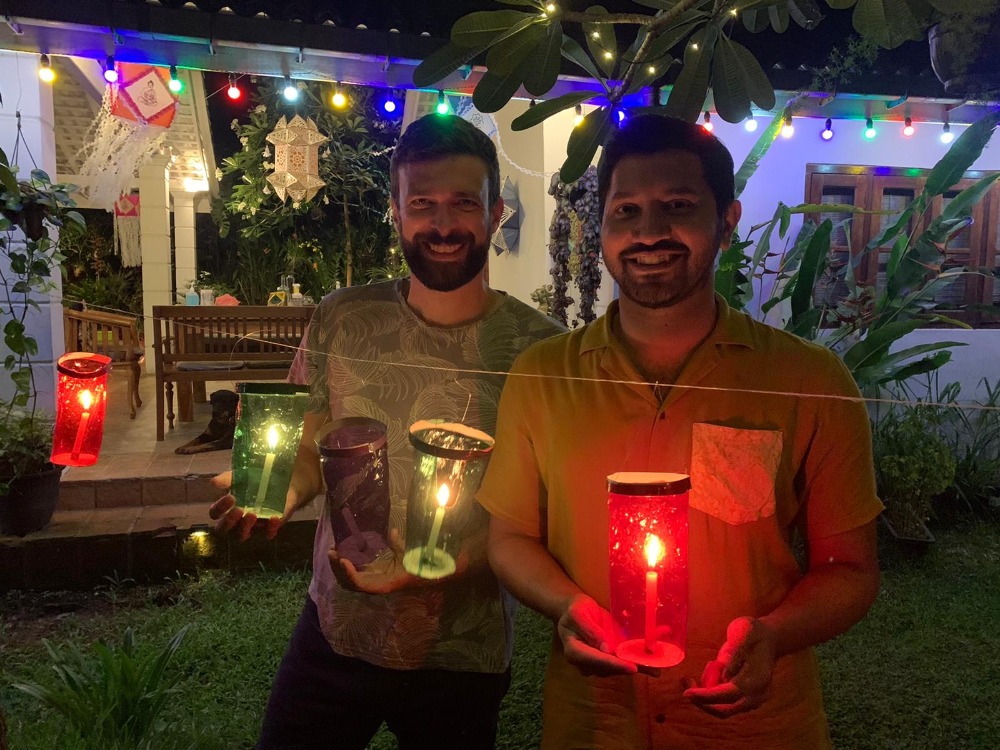 Attorney at Law Aritha Wickramasinghe and his partner

This is the third year in a row we are celebrating Vesak at home, and with some practice, evidently the islanders appear to have stepped up their game. With the Easter Sunday attacks in 2019, then the Covid-19 restrictions in 2020, and now again in 2021, we are almost experts in doing things at home; we saw many Buddhists in the island doing their best to add colour to Vesak celebrations this year.

We saw education institutes encourage their students to get creative during this holiday, with National Institute of Business Management (NIBM) Kandy hosting an initiative where students send in creative video clips commemorating the Vesak festival. Some temples were going the distance to arrange for a religious service to be streamed online to keep people company throughout the day. Numerous religious programmes including many sermons were aired both online and via traditional media.

With everyone making their own version of an at-home Vesak, we reached out to a few people who shared their experience celebrating Vesak at home.

Speaking to Brunch, Attorney-at-Law Aritha Wickramasinghe shared how he and his partner celebrated the holiday. He said that while he normally celebrates Vesak, this is his partner’s third time celebrating since he has been in Sri Lanka with him, and all three times they have had to do it from home. With 2019 being a subdued and sombre experience due to the Easter Sunday attacks, and then 2020 being a year they had to celebrate during lockdown, once again they are celebrating in yet another lockdown.

Wickramasinghe said that this year he made an effort in celebrating at home, making things as colourful as possible, considering that he enjoys decorating. We saw that Wickramasinghe had gone the extra mile 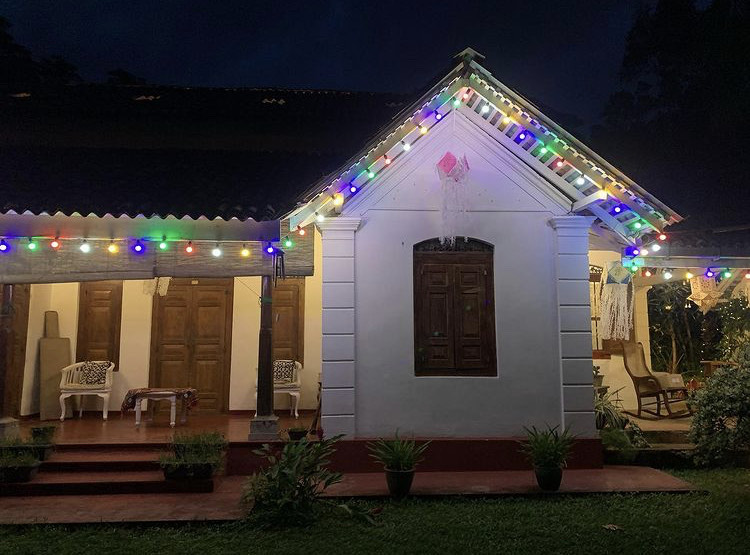 this year in making his home look absolutely beautiful. He did say, however, that while it has been nice to celebrate at home, he wants his partner to see what Vesak is really like here in Sri Lanka, “going to the dansala and seeing the thoran, and all the different lanterns and how beautiful and pretty it actually is”, but he said that while he misses being able to meet people, as Vesak is indeed a festival where you get together with people and spend a lot of time outside, considering the situation, this has been great as well – it’s been more subdued and different.

Similarly, we spoke to Nivi and Ashini, two sisters who live by themselves in an apartment in Colombo away from their extended family, who shared that since they moved to the new apartment two years ago, they haven’t had the opportunity to experience the grand Vesak of their childhood and so, they make an effort to at least have a part of it be represented in their living space in that they chose to light up a line of clay oil lamps on Vesak Day in their home.

We also spoke to Aruna Jaymanne, who shared with us the extent his family went to in their home to celebrate Vesak. With a five-year-old in the house who is only now old enough to experience what Vesak is really like, unfortunately, they are unable to show it to her because we are living in extraordinary circumstances, and so he said that they made all possible efforts to decorate their home and make and light up multiple types of Vesak lanterns, so that their daughter can experience at least a part of what the Vesak festival is really like.

December 10, 2021 byNews Admin No Comments
In honour of today being World Human Rights Day, Uber partnered with non-profit organisation EQUAL GROUND which helps people of the LGBTQ+ community, in order to conduct counselling and training progr

July 17, 2019 bythemorninglk No Comments
Blast fishing or dynamite fishing is the practice of using explosives to stun or kill schools of fish for easy collection. This often illegal practice can be extremely destructive to the ecosystem.