November 29, 2020 by Nethmi Liyanapathirana No Comments

Several areas in the Western Province go into a second month under isolation orders while the rest of the country goes about its daily lives.

Many of these areas, especially in the Colombo District, are areas notable for its population density and other factors including overcrowded housing, that leave them at high risk of transmission in case of an outbreak. They are also home to a large population of daily wage earners, who have now been forced away from their earnings and left to grapple on a meagre government handout. 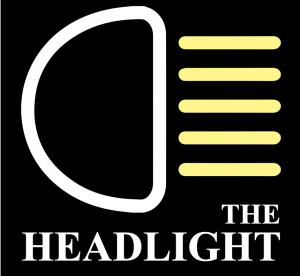 MP Wimal Weerawansa deserved the backlash for his tone-deaf comments in Parliament, blaming families for spending their Rs. 5,000 in a week instead of stretching it out for a month. Even the most frugal would find existence on Rs. 5,000 over 30 days an insurmountable challenge. It was a statement reminiscent of Marie-Antoinette, bride of France’s 18th-Century monarch King Louis XVI, who, as legend has it, said “let them eat cake” upon being told that her French subjects had no bread to eat.

In fact, the latest available government statistics on households show that as of 2016, the average household comprised 3.8 persons with mean household income amounting to Rs. 62,000. Of this, 35% or Rs. 19,000 was spent on food. No one can claim naiveté in expecting any family to survive on their Covid-19 handout.

The other side of the coin is the cost to the economy. In October alone, the Government allocated Rs. 6.96 billion to disburse the Rs. 5,000 allowance among families who had lost livelihoods due to lockdowns. The Government also spent Rs. 336 million to provide a pack of dry rations to families placed under home quarantine across 20 districts. The lion’s share of both was allocated to the Colombo District – Rs. 2.3 billion and Rs. 75 million, respectively. With monthly numbers that large, it is obvious that these are allocations that our teetering economy can ill afford.

Nevertheless, this moment calls for enlarging social welfare to provide compensation to the loss of income faced by those who have worked hard to not be a burden before this pandemic. They deserve the respect and sensitivity of our lawmakers and fair treatment by us all. Most daily wage workers earn upward of Rs. 1,000 per day; in a dual-income household, that adds up to over Rs. 50,000 a month. Imagine being reduced to 10% of your meagre earnings? Not only does living in isolated areas rob them of their daily wages, it also robs them of the choices they have to access the food they need. Such families must depend on vendors that ply their wares in isolated areas, few and far between.

While the economic strain of these allowances is significant, it is incumbent upon the State to address this crisis urgently. This is not politics; it is the lived reality of thousands of families who have no other recourse right now. When compensating income lost due to a lockdown, the State must take cognisance of its own failure to arrest the pandemic leading to that lockdown. Moreover, whatever allowances must be disbursed efficiently and fairly; the right information and logistics must support the disbursement. And if we haven’t got it right this time, we must not fail in getting it right the next time; systems must be urgently corrected without foolishly assuming that the country would evade another wave. The communities experiencing the strain do not have the privilege of protesting or making their cases heard. They do not even have the luxury of pandemic fatigue.

December 12, 2021 byNews Admin No Comments
With each passing minute, Sri Lanka’s economy raises fresh fears over a possible debt default, according to economists, with authorities being adamant against seeking financial assistance from the Int

September 14, 2021 byNews Admin No Comments
Worker remittances have increased marginally by 2.6% YoY during the first half of 2021 despite recording a 35.4% YoY decrease during the month of July, according to the Central Bank of Sri Lanka (CBSL