Doubts over Balance of Payments data 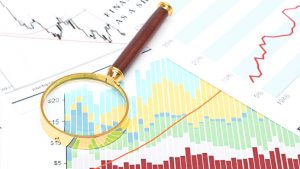 The Department of Census and Statistics (DCS) cast doubts over the accuracy of Balance of Payments (BOP)-related statistics gathered and compiled by the Central Bank of Sri Lanka (CBSL).

The BOP is a statement of all transactions made between entities in one country and the rest of the world over a defined period of time. These transactions consist of imports and exports of goods, services, and capital, as well as transfer payments, such as foreign aid and remittances. The BOP-related statistics that are recorded by the Central Bank are shared with the DCS for them to compile Sri Lanka’s National Accounts (NAs).

Sources at the DCS who wished to remain anonymous told The Sunday Morning Business that even though the CBSL makes a sincere effort to record external transactions as much as possible, the absence of an appropriate e-platform prevents the efficient capturing of these transactions.

It is learnt that it would take years for the CBSL to introduce a suitable e-platform which could effectively capture each external transaction, thereby providing accurate data on the BOP.

All our attempts to reach the Deputy Governors of the Central Bank to obtain a comment on this matter proved futile.

Dr. Coomaraswamy pointed out that even though the DCS adopted new methodologies to conduct surveys, the lack of resources stood in the way of the methodology being utilised successfully. This was the second time the CBSL questioned the accuracy of statistics compiled by the DCS. In December 2018, Dr. Coomaraswamy cast doubts on the GDP growth rate of Sri Lanka, saying he believed it was higher.

Before this, in 2018, then Non-Cabinet Minister of Economic Reforms and Public Distribution Dr. Harsha de Silva noted that the Port City was not being included in the final records, even though many activities were taking place at the Port City.

‘Lend to Rajapaksa Govt. to make SL a long-term ally’

No time for indecision

January 24, 2021 byRusiru Keppetipola No Comments
The continued indecision surrounding the East Container Terminal (ECT) at the Colombo Port has become a sticking point for the Government, and added to the narrative that it is hesitant and lacking in