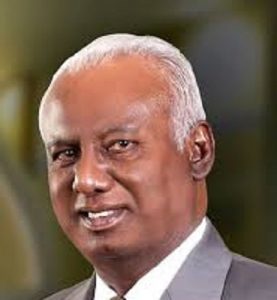 This is the fourth time he took up the reigns of the Corporation, since his first appointment back in 2002.

Amongst his notable contribution to the country’s film industry was the formation of ‘Cine Star Foundation’ in 2002 which has over 300 members as well as the establishment of the ‘Outstanding Song Creators Association’ in 2004 which currently
has over 200 members.

The two professional bodies, which are non-profit organizations, were created in a bid to fulfil a long-felt need to bring all artistes under
one roof. Dharamadasa was also the founding member of the ‘Outstanding Song Creator’s Association’ (OSCA) which is a collective management agency to encourage and uplift Song Creators including lyric writers, musicians, vocalists, players and bands.

The organization also provide support and encouragement of the creation of Sinhala music and songs in the country.

A respected individual in the business community Dr. Jayantha Dharamadasa is a Fellow Member of the Institute of Certified Professional Managers (FCPM) and Honorary Consul-General of the Republic of Singapore in Sri Lanka.

December 21, 2021 byNews Admin No Comments
In 2000, the Bonsoir team decided to make a change in the customary Bastille Day (French National Day) programme in mid-July. We thought we’d do away with ourselves as presenters, break all protocol,

Everything you need to know about the Reborn Virtual Festival

June 10, 2020 byJennifer Anandanayagam No Comments
Underground Milano is set to host the Reborn Virtual Festival, a live stream scheduled on Twitch from 4 p.m.-10 p.m. UTC+02 on 13 June. It is expected to be a six-hour-long musical experience unlike a