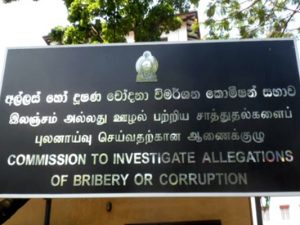 The Commission to Investigate Allegations of Bribery and Corruption (CIABOC) filed indictments against former Minister Dr. Rajitha Senaratne and two others for allegedly causing losses to the State when leasing out the Modara Fisheries Harbour in 2014.

The indictment has been filed under Section 70 of the Bribery Act, and on five charges.

They are accused of causing losses to the government by persuading the CFHC Director Board to lease the Modara Fisheries Harbour to a private company for an insufficient sum between the period of 1 August and 1 November 2014.

February 5, 2022 byNews Admin No Comments
The Public Utility Commission of Sri Lanka (PUCSL) will hold a public hearing on the unplanned power outages on 3 March at the BMICH.

SLFP MPs to call on President

April 5, 2022 byRuwani Fonseka No Comments
The fourteen Members of Parliament representing the Sri Lanka Freedom Party (SLFP), who quit the government, are scheduled to meet President Gotabaya Rajapaksa at 4.00 p.m. this evening (April 05).