January 4, 2022 by Venessa Anthony No Comments

We all know the song Manike Mage Hithe, but how familiar are we with the lyrical talent that came with it? The Morning Brunch had an interesting chat with R.V. Dulanja Alwis, better known by his stage name Dulan ARX, who was one of the main lyricists behind this world-famous song. He also recently released his first solo single, Rap Malsara, which blew up and garnered over one million views and was even the trending No. 1 song on YouTube. 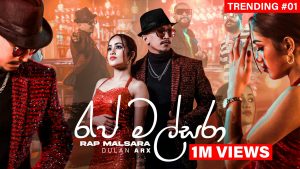 On this topic, he shared that Rap Malsara was a name given to him by his fans and he’s incredibly proud of this single because it’s quite different to what you find in the Sri Lankan music industry. What makes it so unique is Dulan’s personal touch. He said: “I wrote, sang, and even created the storyline for the video.”

In conversation with Dulan, he told us that music has been a passion of his since childhood; he grew up writing and rewriting lyrics to what he hoped would be the next big hit, and one day, his lyrical genius took over and his song was suddenly famous. 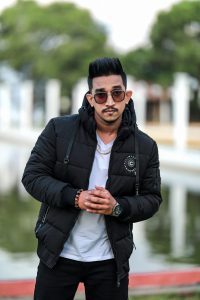 There was also a time when Dulan wanted to become a rapper. “I was inspired by most international rap artists like Eminem, Tech N9ne, NF, Logic, Tupac, etc.” From then on, he began his career as a underground hip hop artist in 2017, where his first song named Senasuru Erashtake was on a mixtape. Since then, he’s done a few hip hop songs in 2017 and 2018 as well.

He also told us that there is no specific procedure to his creation of songs. “When I’m writing a song, it becomes all about my imagination, experience, and passion.” He added that as a rapper, he conducted much research in order to update himself as an artist, and began practising new techniques, analysing new trends in the international music industry, and trying out new styles – all in order to keep his music internationally recognised.

Having been in the Sri Lanka Army Medical Corps since 2012 and having followed a diploma in general nursing, he is also a licensed counsellor with a diploma in counselling  and psychology – a subject he was interested in. The multifaceted young artist who also holds a diploma in computer science is currently pursuing a Bachelor of Arts (General) External Degree at the University of Sri Jayewardenepura.

When talking about how Manike Mage Hithe came to be, he explained that It was while working with others in the music industry and being known as a “lyrical trendsetter”. “I started working with Chamath Sangeeth on Manike Mage Hithe. Chamath sent me the melody and it took me only a mere 20 minutes to write the song and the rest, like they say, is history,” Dulan said, adding that to this day he is shocked by the extent of the success of the song. 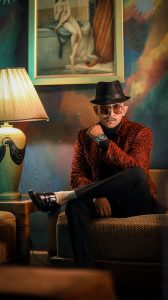 There has been great feedback for his song and Dulan expressed his gratitude to his parents, sisters, loved ones, and fans who have supported him on his journey thus far.

When talking about his biggest challenge during his career, he named it to be finding who he was and understanding which genre best suits him and which he can work with the best. “I had to figure out what people currently like to listen to the most, because after Manike Mage Hithe, I began targeting the mainstream crowd in Sri Lanka.”

He also added that he is currently seeing good-quality productions and experimental songs in the Sri Lankan music industry. “That’s great to see; we should try new stuff and try to expand our music to the world,” he noted.

Dulan hopes to release his first solo album titled Rap Malsara in the early part of the year with five or six more songs. “I have already done a few songs for others but now there’s more to come from me,” he promised, adding that a few more songs he’ll be featured on are also to be released soon.

January 10, 2021 byRusiru Keppetipola No Comments
Having a Sri Lankan be recognised on the global stage is always a very heartening experience. Recently, Sri Lankan scientist and Director of Advanced Technology Institute at the University of Surrey..