The Geological Survey and Mines Bureau (GSMB) noted that the seismic activity recording 2.0 on the Richter scale which occurred in Digana, Anuragama on Wednesday (18) at about 9.27 a.m. only caused a minor tremor in the area. Such seismic activities will continue to take place in the future as the earth undergoes these weathering effects. 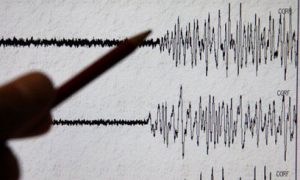 Speaking to The Morning, GSMB Chairman Anura Walpola said: “The seismic activity that occurred on Wednesday had not caused any threat to the residents or had any impact on the Victoria Dam that is in the vicinity. This area has been experiencing such seismic activities periodically with the most recent one being between 29 August and 2 September at different intervals.”

Walpola noted the releasing of the pressure from the earth’s crust, adding that the area is mainly composed of dolomite marble and charnockite rocks. Valleys are mainly formed along the marble bands while the high relief areas are underlain by charnockite rocks which are resistant to weathering.

The GSMB stated that they are continuously monitoring the seismometers that are installed within the Victoria Dam complex as well, like other weather instruments under observation. Studies are also carried out to understand the reactions of the area’s soil and mineral deposits to the weather changes.

Walpola also noted that in other countries, they generally release the pressure that is built between two rock layers through artificial methods, and Sri Lanka does not have the technology to do the same at the moment.

March 23, 2021 byNews Admin No Comments
President Gotabaya Rajapaksa yesterday (22) said the people, especially the critics on social media, should fulfil their responsibility to protect the environment instead of merely talking about it as

SJB to act against Diana