Elections and the environment Is this real care? 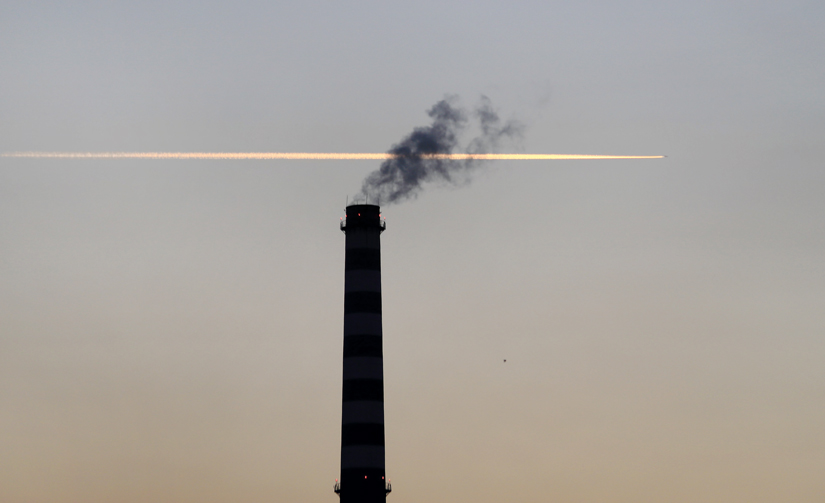 “Coming up here today, I have no hidden agenda. I am fighting for my future. Losing my future is not like losing an election, or a few points on the stock market. I am here to speak for all generations to come…We hear of animals and plants going extinct every day, vanishing forever…Did you have to worry of these things when you were my age? All this is happening before our eyes and yet, we act as if we have all the time we want and all the solutions. I’m only a child and I don’t have all the solutions, but I want you to realise, neither do you. If you don’t know how to fix it, please stop breaking it,” were not words spoken by today’s climate change poster child, Greta Thunberg.

It was said by then 12-year-old Severn Cullis-Suzuki at the plenary session of the Rio Earth Summit in 1992, 27 years ago. She became known to all as the girl who silenced the world for five minutes. Just five minutes. Not a single soul at the time took her words to heart and certainly not a single soul here in Sri Lanka.

Of course, our little country was going through a set of issues of its own at the time; the painful war was still being fought and the people’s focus was mostly on that. Politicians won elections leveraging the war.

But now, with no such looming, evident threats upon us, the politicians are focusing their attention on another type of looming death threat – that of our planet being destroyed forever. The question at hand is whether they do it out of genuine care or if they have a hidden agenda.

Recently, it was made known to the public through the presidential candidate Gotabaya Rajapaksa’s campaigning, that he has a deep desire to clear the Earth’s atmosphere of one of its main pollutants, excessive carbon dioxide. His aim, according to what was said during his press conference, is to reduce the carbon dioxide in the Earth’s atmosphere.

Despite the common knowledge that there are other greenhouse gases – including methane, water vapour, and nitrous oxide – that get accumulated in the atmosphere and absorb more and more infra-red radiation that is reflected from the Earth’s surface, making the earth warmer and warmer, thereby causing global warming and climate change, we must trust that the panel of well-educated experts in support of this campaign know what they are speaking of and that they are indeed trying to do something – which, some may argue, is better than nothing.
When speaking about the environment and the presidential campaigns of Sri Lanka in all its glory today, it would be extremely unfair to ignore the leading environmentalist in the list of candidates; the only female contestant in the entire list of 35 individuals, Dr. Ajantha Perera.

In an interview, Dr. Perera said: “One of the things I will definitely do is stop the usage of single-use polythene bags.

We have a huge garbage issue in the country right now because of that. But I will not shut down industries.

There’ll be a dialogue with the people to make sure that nobody loses their jobs. For me, industrialists are very important people. Thereafter, the enforcement of the usage of environmentally friendly bags will be promoted because we have a lot of natural resources in Sri Lanka which we don’t want to destroy.

“We still have a beautiful country where tourism is one of our key industries. If tourism is to be boosted, we need to ensure that natural resources are kept well. Tourism is something that I will definitely improve because we have herbal treatment centres. Sri Lanka will foster that green aspect and people will visit Sri Lanka for its greenery and beauty. In order to do that, conducting environmental impact assessments (EIA) will be the methodology and that will be enhanced. These will become mandatory.

“Another drastic change I will make is that I will not have an environmental ministry. But I will give power to the Central Environmental Authority and restructure it. On the other hand, I’m going to give a lot of power to non-governmental organisations and grassroots level organisations, which will be my monitoring bodies. They will come to the environmental authorities with the people’s power. But in all these, I will be the monitoring body.” It seems that this has always been her policy.

However, what about the other politicians – and even Dr. Perera herself – do we know that they really care?

Dr. Perera did say that she does not want to shut down industries; at the same time, Rajapaksa did not say that his campaign will be a pollution-free one. His solution is that after his victory, he would plant trees to counter the amount of carbon dioxide he emitted during his campaign.

Have they really cared about the environment all along? Do they believe with all their hearts that climate change is something that needs to be tackled?

Digging into Sri Lanka’s political past, we can see that while there has been an awfully large trend of candidates voicing their concerns on the issues of human interest current at the time, there has not in fact been much concern on the environmental changes happening around us.

Sri Lanka now, as it stands, has more vehicles than it did in the past, and as we all know, vehicles are among the Earth’s greatest pollutants. So the great question remains, do they care about the death of our planet?

DotDotay live in concert at Barefoot

The charm that is the Old Dutch Hospital Colombo

June 2, 2019 bythemorninglk No Comments
An architectural marvel reminiscent of times gone by.