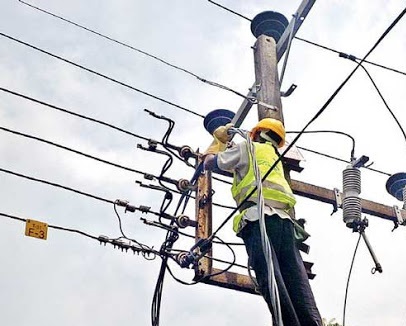 Electricity Act amendments not yet finalised

The amendments to the Electricity Act which have been proposed by the Ceylon Electricity Board (CEB) are still under discussions, The Morning Business learnt.

Speaking to us, CEB Chairman Vijitha Herath stated that the amendments to the aforementioned Act are not yet finalised since it is under discussions, last Friday (18).

“When it (suggestions to the Act) is finalised only, we (CEB) will publish that (amended Electricity Act),” he said, explaining that the amendments on this regard have been already presented to the Ministry of Power. The discussions are still underway.

The Ministry has also appointed a committee in order to consider the suggestions that have been raised by the CEB.

Herath said: “We have given our (CEB’s) proposals and the ones of other stakeholders.” implying that these suggestions would go under the review of the Ministry appointed committee.

He also added that the mentioned Act has not been amended since 2013. The CEB Chairman looks forward when these amendments confront the Parliament of Sri Lanka to the approval by the Cabinet of Ministers would ultimately provide a better service to the country in terms of electricity consumption.

“Democracy is for the goodwill of the people,” he said, indicating that amendments are projected on the betterment of the citizens of the country. Nevertheless, the amendments could be challenged in the Parliament.

However, Herath foresees that there is a possibility of a delay in this discussing matter since there are technical issues as well as the procedural matter demonstrating that procedural matter itself would take time in order to proceed to the next step of these amendments in the Act, as a government organisation.

Talking to the Legal Officer of the Ministry of Power, Nadeesha Mihirani said that she cannot further comment on the matter since the discussions are underway in this regard.

Whereas, she disclosed that apart from the CEB proposals, Public Utilities Commission of Sri Lanka (PUCSL) as well as Sri Lanka Sustainable Energy Authority (SEA) are among the stakeholders who participate in these discussions on the Electricity Act.

According to the CEB, Sri Lanka generates electricity from thermal coal, hydro, wind and thermal oil. The majority of electricity is done by the hydro which is 10.04 GWh from the total generation of the country.

The PUCSL ensures whether the electricity consumer receives fair and justifiable services and through the Commission’s education and consumer dispute resolution procedure.

At the same time, the SEA contributes to pioneering sustainable energy while facilitating solar, wind, water and bioenergy.

March 21, 2021 byNews Admin No Comments
The Department of Excise has set a fresh excise revenue target of Rs. 160 billion this year, after achieving excise revenue of Rs. 123.52 billion amidst disruptions and setbacks caused by the prevaili

June 5, 2022 byNews Admin No Comments
Sri Lanka is currently facing its greatest economic crisis since independence. On one hand, there is a devastating foreign exchange crisis, while on the other, there is a troubling fiscal imbalance re