Electricity supply: Heading for a shortage

It is now predicted that the country would suffer from an average electricity deficit of around 300 MW, and as a result, some experts say the country will likely face a power shortage during the dry season next year, as the electricity generation has not been increased adequately since 2014.

The country’s electricity crisis has been temporarily pushed out of the political spotlight during the last few months, mainly due to the Covid-19 pandemic. Yet, with aims to get the economy back on track, the power demand is also increasing.

As learnt by The Sunday Morning, the total power demand has been reduced by 3% in 2020 due to the Covid-19 pandemic, as the country went on a three-month complete lockdown to curb the spread of the deadly virus.

However, an energy crisis has re-erupted, with the Cabinet rejecting the proposal submitted by the Ministry of Power to get the approval for extending existing power agreements with three private power companies to purchase around 170 MW of emergency power. 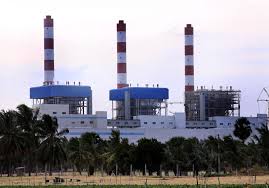 The Government has rejected the request for the extension of power purchase agreements due to the high costs incurred as a result of such power purchasing.

The Ministry confirmed that the Cabinet has rejected the proposal while approving several other measures submitted by the Ministry to mitigate the crisis.

However, the power sector is faced with a crisis since authorities have failed to increase base power sources during the past years.

Speaking to The Sunday Morning, Ceylon Electricity Board (CEB) Chairman Eng. Vijitha Herath said the proposal would once again be submitted to Cabinet to seek approval for purchasing power from the three already existing private power companies and to extend the agreement at least by six months.

He said purchasing electricity from already existing diesel power companies would reduce the expenditure. “The tariffs are lower than the current rates. We purchase electricity for around Rs. 23, while it will be increased by around Rs. 10 if we go with new companies,” he added.

For next year, the authorities have forecast rainfall reduction, especially in April, and therefore, there would be restrictions on hydropower generation. To mitigate it, the CEB recommended that around 170 MW would need to be added to the national grid on a supplementary basis.

The proposal has been submitted to the Cabinet last month to extend the purchasing agreements with Ace Power Matara, Ace Power Embilipitiya, and Asia Power Sapugaskanda, which will be terminated in April and June next year, Power Ministry Spokesman Sulakshana Jayawardena told The Sunday Morning.

He said that the three agreements altogether supplied a total of 170 MW to the national grid.

However, the Cabinet has approved 130 MW of supplementary power, he said.

The CEB cannot go ahead with the agreements without cabinet approval, he added.

Meanwhile, the CEB’s suggestion to purchase emergency power from private companies raised concerns among the energy experts, as they say it would have negative impacts on the CEB due to the possible losses that would be incurred as a result.

According to CEB statistics, around 70% of the energy requirement of the country is currently provided by thermal power (coal and oil) and the rest by hydropower, while a very small amount of power is also generated by wind power.

Due to the lack of proper power plants, the country’s whole electricity system was dependent on the Norochcholai Power Plant and if there was a breakdown in that power plant, the union said the situation would be even worse.

According to the CEB’s plan, three power plants (70 MW, 100 MW, and 150 MW) were proposed to meet the demand from 2018 until major power plants are implemented.

Even though the plan was scheduled to be implemented from 2018, the CEB is so far behind the scheduled plan. The country has not taken any steps to put up a large thermal power station after commissioning Stage III of the Norochcholai Power Plant in 2014.

In the meantime, concerns have also been raised over the lack of transmission infrastructure in the country to add more renewable energy to the national grid, so as to mitigate the existing power shortage.

Speaking to The Sunday Morning, Solar Industry Association (SIA) Secretary Lakmal Fernando stressed that the energy requirement of the country is growing by 5-6% each year and therefore, it is important to increase the grid capacity and various other capacities like transmission lines.

As claimed by the Solar Industries Association (SIA), Sri Lanka is yet to fully exploit all available opportunities to achieve the targets for solar energy of the country. As obstacles from various lobbies continue as well, it is a must to add 200 MW of rooftop solar to the national grid per year to achieve the government policy of 80% of Sri Lanka’s electricity energy demand through renewable energy by 2030.

According to government policy, the country should build at least 200,000 rooftop solar power plants adding 2 GW within the next 10 years to support the overall target and add another 3 GW of power through ground-mounted solar power plants.

The association stressed that only 270 MW of roof-mounted solar systems and 62 MW of ground-mounted systems have been added to the national grid since 2016 and the growth at this slow pace will not be sufficient to meet the target set for 2030.

Therefore, they stressed that the capacity addition to the grid from solar power should be increased to 200 MW annually, starting from 2021.

“Some projects have started way back in 2012 and some are in 2015 and 2018. Earlier, we had several issues in transmission networks, but to rectify all the issues we have, once in two years, we review the transmission plan and identify what the status and performance of existing lines are. Then we propose requirements. Based on that, most of the transmission issues have been rectified once these projects have been implemented,” he said.

Elaborating further on the allegation of lack of grid capacity, Dr. Wijekoon said: “We use grid substations to transform high voltage to low voltages to distribute to customers. The solar and wind could be absorbed initially in small quantities. We are going to identify around 400 MW to be connected to the network and also about 1 MW to 10 MW capacities we can connect to 33 kV level. But if we are going for a large scale, we will have to install a grid substation and we will have to make an investment. That depends on the timing of the solar park. We need to get clearance for the transmission line and substation.”

Furthermore, he noted that the CEB has initiated three loans including one from the Asian Development Bank (ADB), which is about $ 150 million. Under that project, the country would get six new substations and three transmission lines including 220 kV and one from New Habarana to Anuradhapura. Another project of $ 100 million is to be launched with French funding for a line from Hambantota to Matara.

“We are at the very initial stage of a loan from AIIB (Asian Infrastructure Investment Bank) for a cable connected from Kerawalapitiya to Colombo (220 kV line) from LNG (liquefied natural gas) power plants,” he added.

November 29, 2020 bySarah Hannan No Comments
Even as Sri Lanka’s Covid-19 containment strategy continues to be challenged, the light at the end of the tunnel is the announcement by at least three global pharmaceutical companies

November 15, 2020 byNethmi Liyanapathirana No Comments
The lack of adequate employees at the Sri Lanka Ports Authority to handle the operations of the Colombo Port, has posed a huge threat to the continuous supply of daily essentials to the local market.