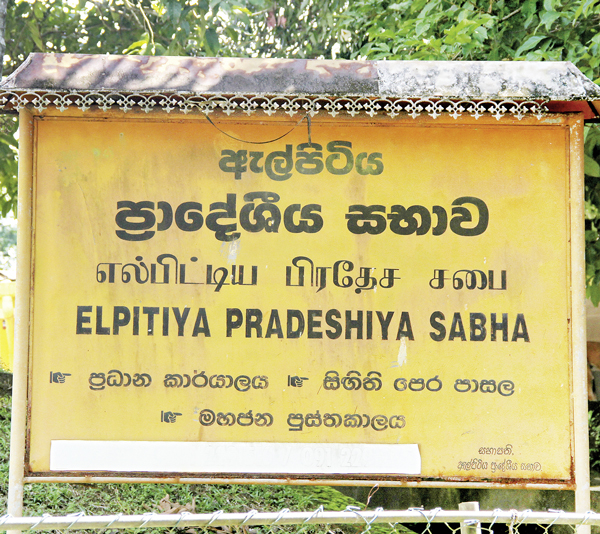 “We are nothing to our politicians,” says 72-year-old Leelaratne Liyanage, a resident of Elpitiya, who accused politicians of both major political parties of forgetting them until the election bandwagon rolled into town.

The retired survey officer is disappointed because the politicians for whom he’s been voting his entire life have not done anything significant for his hometown.

“Look at the town; it’s smaller than a corner of a small town in Colombo. This is not what we expected from the politicians we elected during the last elections,” Liyanage lamented.

A similar sentiment was expressed by residents of the area when The Sunday Morning visited last Thursday, days ahead of the long-awaited pradeshiya sabha (PS) elections.

At first glance, Elpitiya town appears calm and peaceful against the backdrop of waves of political campaigning aimed at securing votes months before the presidential election, which has been labelled one of the most competitive elections since the 2005 presidential election.

While some people are trying to predict the result of the upcoming presidential election using the results of the Elpitiya PS election as an indicator, a majority of the residents in Elpitiya said they were looking for candidates with good personalities rather than just focusing on the political parties. 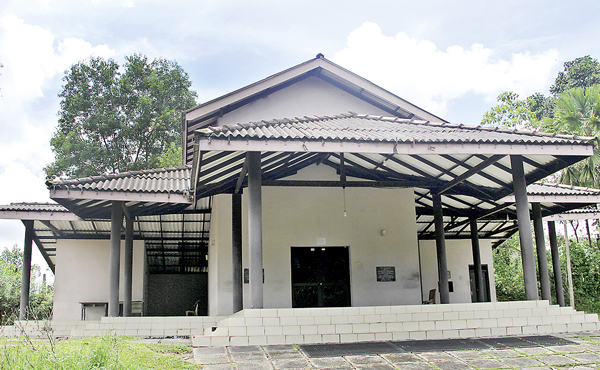 “The purpose of this election is to elect representatives for ourselves. We know very well about the candidates and whether they can do something for us or not. Therefore, we won’t vote for a party at this election, but rather for selected persons who will work for us,” said Gamini Rupasinghe (58), an ex-Navy officer who is now a planter in Elpitiya.

“I have been voting for the United National Party (UNP) over many years, but at this election I don’t think I will vote just for the party. I will look for a good candidate,” he continued.

“We have a very limited choice because the list does not include many educated persons,” he stressed.

His said their main concerns were surrounding the poor infrastructure facilities in Elpitiya. 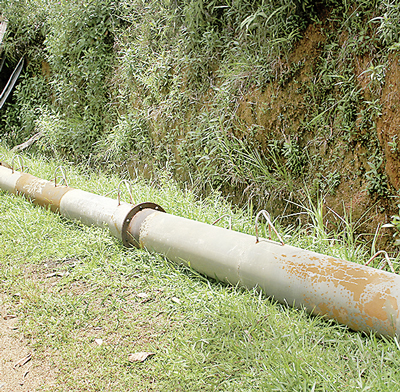 While questioning us on our experiences of the town’s road system so far, Rupasinghe stressed that none of the so-called politicians they elected to Parliament worked towards improving the infrastructure facilities in his village.

“We don’t have a proper road system and compared to other towns, the town area is too small; it is really difficult to find parking space and sometimes, pedestrians have to walk in the middle of the roads. At rush hour, similar to Colombo, there is heavy traffic compared to other nearby towns,” he stressed.

Rupasinghe said his ancestors would be terrified by the state of today’s politics.

“I don’t mind who’s in power, as long as they manage the money and ensure the welfare of the people,” he stressed. “I personally don’t have a problem with any candidate,” he said.

Looking beyond personalities, Rupasinghe believes in candidates whose emphasis is on services, particularly increased support for healthcare and development, speaks best to the needs of the people in Elpitiya. 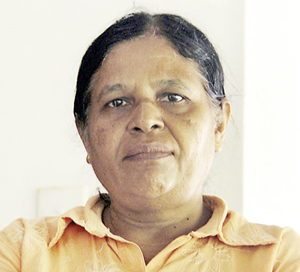 “We don’t have proper facilities to dump garbage and the garbage collected by the PS is currently being dumped in a plot of land near an oil palm cultivation, located just 5 km from the town.

“The government hospital in Elpitiya is in poor condition as it hasn’t been renovated for ages,” he stressed.

“We have formed an association with several other villagers and we collected money and colour washed several areas of the hospital. If we are the ones maintaining all these hospitals, why do we need politicians and a government?” he questioned.

With a population of nearly 65,000, according to the 2012 census, Elpitiya is situated in the Galle District in the Southern Province. The town is located just 3.8 km from the Kurundugahahetekma Interchange of the Southern Expressway. 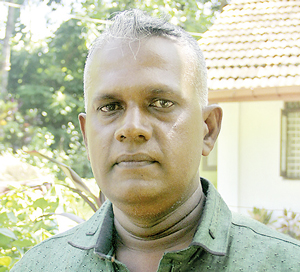 The town, which is believed to have originated as a plantation, is one of the electorates with larger populations in the Galle District at present. Tea and cinnamon plantations are the two main income generators of the residents in Elpitiya.

Tipping of the scales

On 10 February 2018, elections pertaining to every local government authority in the Galle District were held except for Elpitiya, due to a petition pleading relief over a perceived error in a nomination list being rejected.

An extraordinary gazette was issued last month noting the elections for the Elpitiya PS would take place on 11 October 2019 by Somarathna Vidhanapathirana, the Returning Officer of the Galle District, following the Supreme Court decision delivered on 30 August ordering the Election Commission (EC) to hold the elections immediately. 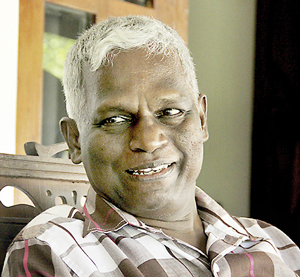 The Supreme Court delivered the order with regard to a petition filed by the Secretary of the Democratic United National Front (DUNF) against rejecting its nominations for the Elpitiya PS at the recent local government elections.

According to the EC, five leading political parties are currently contesting in the Elpitiya PS election to be held, which will see the election of 28 members under the hybrid election system from 17 wards and 52 grama sevaka (GS) divisions, according to the 2018 voter list in which 53,384 are eligible to vote.

The last PS elections for Elpitiya were held in 2011 in which the UPFA secured 10 seats with 58.54% of votes, while the UNP got four seats with 30.59%. An independent group won one seat on the council.

Being a traditional stronghold of an alliance led by the Sri Lanka Freedom Party (SLFP), many predict that the votes are likely to transfer to the Sri Lana Podujana Peramuna (SLPP), which experienced a landslide victory in 2018 when they contested for the first time at the local government elections.

On the other hand, the UNPers believe there is a better chance for the UNP to win this time, with the party’s rejuvenation after Sajith Premadasa entered the presidential battlefield. 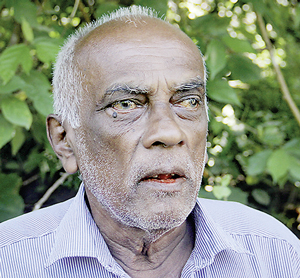 Duneetha Vithana, a 57-year-old housewife, said she is fed up with politics. “There is no one we can vote for,” she said.

She elaborated that the people in Elpitiya were now not concerned about party politics.

“People now don’t care from which party the candidates come. All they are concerned with is whether they have the capability of serving the people who live in Elpitiya,” she stressed.

“When a street lamp is burnt, it is not replaced. We have to wait for months or till an election is close to get it replaced. We are tired of these politicians,” she added.

“The crematorium in Elpitiya has collapsed and therefore, the people have to go to a nearby town for a crematorium if necessary,” she stressed.

She added: “Everyone says that the politicians spend millions in Elpitiya before the elections, but the truth is we really haven’t seen them much, even though the elections are in another week.”

As of Thursday (3), the situation in Elpitiya seems to be very calm and peaceful; the people are busy going about their usual day-to-day activities and appear unfazed by the upcoming election. Election cut-outs and posters are rarely seen and the few candidates running were seen making last-minute efforts to secure votes.

“This election is for our PS and therefore, the people will vote for those who worked for the village,” UNP candidate Ruwan Karunaratne told The Sunday Morning.

Karunaratne, who is also a former PS member, said the Elpitiya PS was operated by government officers who tried their best to manage the necessities, but said it was difficult without political leaders.

“Since 2002, it was the SLFP that ruled Elpitiya, but the people are not happy with their management of the city and its citizens’ needs,” he stressed.

Meanwhile, when contacted by The Sunday Morning, Galle District Deputy Commissioner of Elections K.U. Chandralal said all the preparations have been made to hold the Elpitiya PS election.

“As of Friday (4), there were no complaints with regard to any grave election violations reported to the District Secretariat,” he said, adding that the security for the PS election was doubled, considering the entire nation’s attention was directed towards it.

“This is an isolated election and the Commission wants to ensure maximum security by not allowing any incidents to take place. Therefore, we have increased the number of police officers appointed to a single polling station,” Chandralal explained.

“We have doubled the number of police officers,” he said.

The election monitors should obtain a license from the EC to monitor elections at polling stations, he added.

“A total of 640 election officers have been appointed for election duties in all 47 election centres and all 47 centres will also be used as counting stations,” Chandralal said.

However, as stated by the Deputy Commissioner, by 9 p.m. on 11 October, the whole election process is expected to be completed, including the issuing of results.

January 14, 2020 bySkandha Gunasekara No Comments
The leaked audio clips of MP Ranjan Ramanayake’s alleged phone calls, or “Ranjangate”, has caused an upheaval in society with many questioning the ethics and motives of the actor-turned-politician...