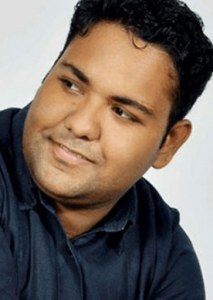 Embilipitiya Pradeshiya Sabha Chairman M.K. Amila was removed from his post by the Elections Commission yesterday on the advice of the Attorney General, Director General of Elections Saman Sri Rathnayake said.

He told The Sunday Morning that the Elections Commission had officially informed the Ratnapura District Returning Officer to inform M.K. Amila of the decision to remove him from the position of Chairman.

M.K. Amila, who assaulted a Police constable in 2013, was convicted and sentenced to three months imprisonment by the Embilipitiya Magistrate in July 2018.

He was elected to the Embilipitiya Pradeshiya Sabha from the Sri Lanka Podujana Peramuna (SLPP).

He assaulted a Police constable attached to the Panamure Police Station on May 26, 2013 with the assistance of one of his supporters named Prasantha Lakmal.

The Magistrate sentenced Amila to one year’s imprisonment and suspended nine months for five years. The Magistrate also ordered that the victim be paid a compensation of Rs. 30,000.

December 25, 2020 byNethmi Liyanapathirana No Comments
The Expert Committee appointed to present recommendations to bring down the Covid-19 vaccination to Sri Lanka has informed the State Minister for Primary Healthcare..

December 9, 2018 bythemorninglk No Comments
While President Maithripala Sirisena’s office yesterday insisted he had no plans to attend the Tourism Awards last week, Tourism Ministry sources said that the President’s office had confirmed the Pre