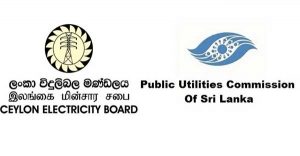 The Public Utilities Commission of Sri Lanka (PUCSL) has requested the Ceylon Electricity Board (CEB) to provide justification for its decision to float a tender for emergency power for only 12 months when approval was granted for 30 months.

PUCSL Corporate Communications Director Jayanath Herath told The Sunday Morning that this request was made when the CEB had sent the final selection recommendation of the bids received for the tender for the PUCSL’s approval.

“They have tendered only for 12 months. The final selection recommendation has been sent to the PUCSL and we have reviewed and asked for the justification of why the tender has been put only for a 12-month period,” he said.

He added that the CEB was yet to respond to this request for justification. The initial approval had been granted in December 2019 following a request by the CEB.

“Last December, we approved 200 MW for a 30-month period upon their request, considering that there won’t be any new power plants coming in during the next two-and-a-half years,” added Herath.

“Furthermore, we found that the 200 MW tender had received bids for just 128 MW because there had been a requirement for the investor to find land for around 75 MW.”

August 5, 2019 byEaswaran No Comments
United National Party (UNP) leader, Prime Minister Ranil Wickremesinghe is confident the new alliance, the Democratic National Front (DNF), will be formed before the end of this month.

Education sector yet to return to normalcy

March 12, 2022 byNews Admin No Comments
Schools reopened last week for the second half of the third term for 2021, with school children preparing for their promotion tests to move on to the next grade.