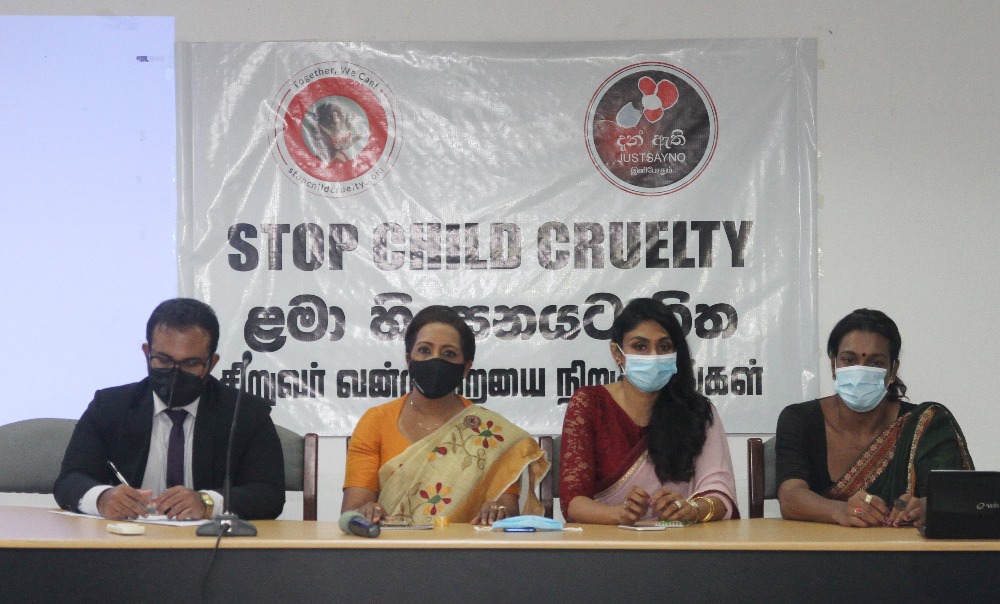 ‘End the Doomed Legacy!’ by the Stop Child Cruelty Trust

March 8, 2021 by Dimithri Wijesinghe No Comments 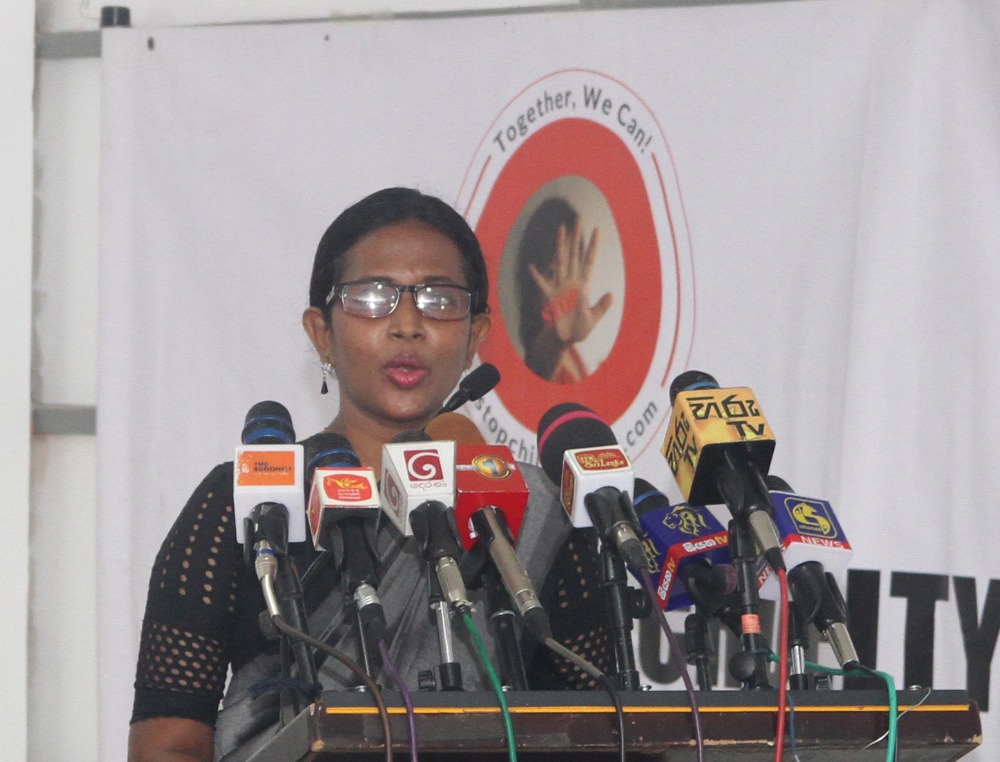 The conference was held in order to discuss the epidemic of widespread cases regarding violence against children and the unchecked instances that result in fatal consequences for children in the island.

The event featured a panel of speakers, including Stop Child Cruelty (SCC) Trust Chairperson Dr. Tush Wickramanayaka, who delivered the opening address drawing attention to the work that SCC has been doing for the past three years since its inception.

Dr. Wickramanayaka is a family physician, licensed in both Sri Lanka and the UK, with a long history of helping children, and she stated that although the trust has made steady progress since their inception in 2018, things seem to have deteriorated beyond their control, she said, adding that we must really speed up the progress on raising awareness and administrative/legislative reforms simultaneously. 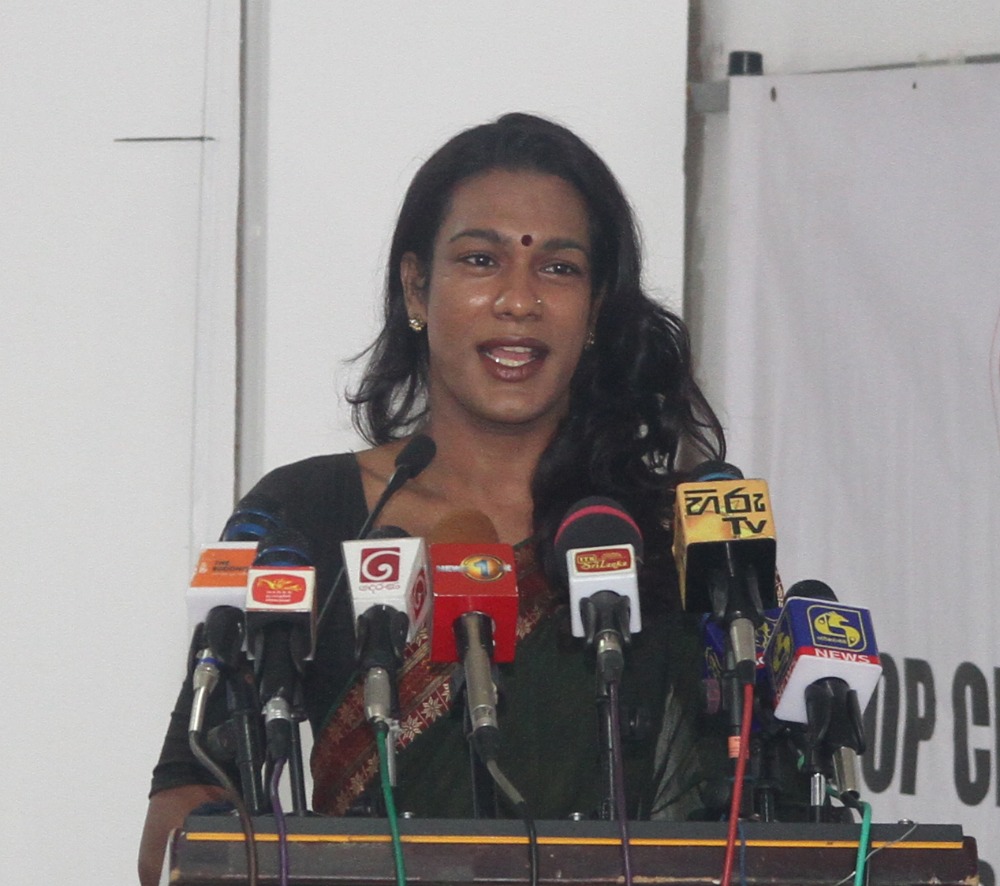 A number of other speakers joined Dr. Wickramanayaka in addressing the challenges they face in battling violence against children, including Attorney-at-Law Achala Seneviratne, who spoke of the pressing need to reform existing laws. She brought attention to the highlight of the conference which was about the recent land mark Supreme Court (SC) decision against corporal punishment and the introduction of “Prapuraka Abhiyachanaya”, the historic participation of school students in rejecting all forms of physical and mental punishments endorsing happier and safer education.

She stated that while the Court has carried out its role in interpreting the law for the betterment of children, it is now in society’s hands to carry out the precedent. Seneviratne also added that most often when reform is being approached when the governing bodies change, that is when a new governing party takes over then the matter ends up having to be approached from scratch, undoing all past progress, as there is a tendency to pass on responsibility. However, in this Supreme Court matter, the Education Minister of the past Government and the present Minister have been named as respondents, making certain that they will be held accountable.

Speaking at the gathering was also social activist and National Transgender Network Sri Lanka Executive Director Bhoomi Harendran, who shared her thoughts delivering an emotional statement about how she herself, being a transgender woman, cannot biologically take on the role of a mother despite deeply yearning to be one; she said she has instead dedicated her efforts to offer her protection for all the children in the island who are so direly in need of safety and security, and Harendran urged that Lankans, as a society, make the effort to stand up for children everywhere, be it for their own child or someone else’s and to not turn a blind eye simply because it is “not my problem”. 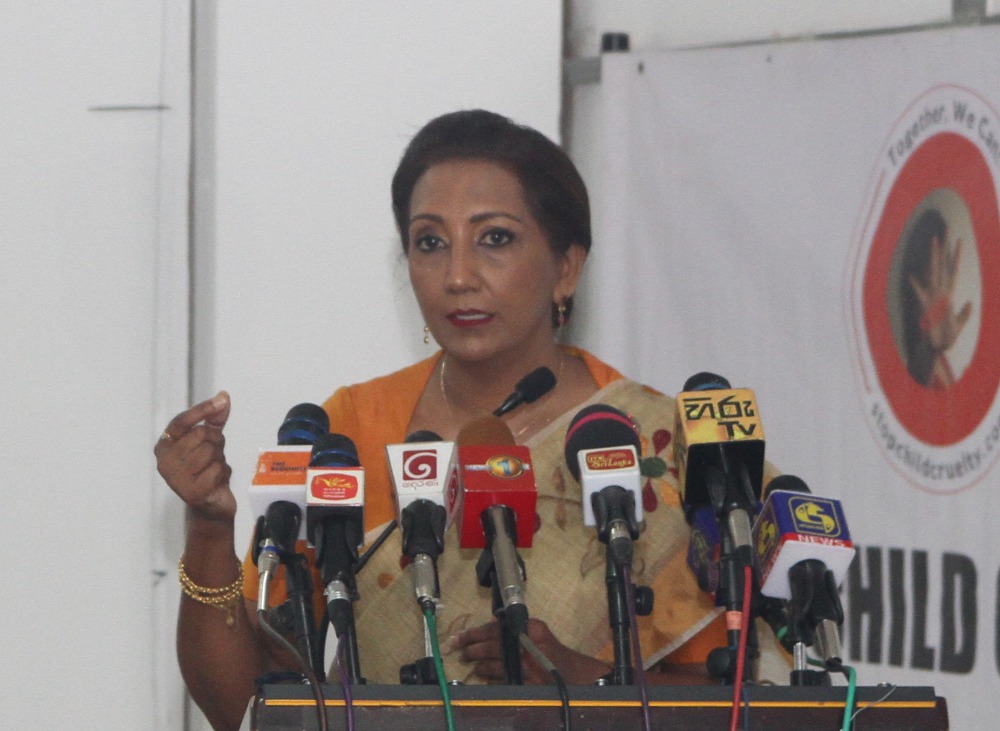 Former Mrs Sri Lanka Chandi Aluwihare also spoke at the event, drawing attention to the lack of sex education in the country and how it contributes to children being subject to abuse due to the lack of knowledge and relative ignorance. She shard that we are failing our children by shielding them from the wrong things, and that sex education is imperative and Lankan authorities have failed in this matter. Adding to this was Prof. Sarath Wijesooriya of the University of Colombo, who shared that violence against children is often shrouded in poverty and a lack of education.

Prof. Wijesooriya stated that having worked with teachers around the island, one of the major factors where they falter is when it comes to the areas they cannot control; that is, what’s being taught and practiced at home courtesy of the child’s parents.

SCC Chairperson Dr. Wickramanayaka said that “I was whacked and I am doing well” is a serious 20th-Century misconception that allows children of the 21st Century to be treated brutally. Corporal punishment is the most common form of child abuse in Sri Lanka and globally, yet the normalisation of violence has transferred the focus to the more “journalistically appealing” child sexual abuse, adding also that the Sri Lanka Police confirmed that a child is sexually molested every two hours in our paradise island but has failed to focus on the fact that Sri Lanka has fallen into the bottom 10% of countries in the world that is safe for children because of the failure to prevent violence against children.

She said that the greatest challenge towards ensuring child protection is the attitudinal changes required in society in general, with the collective speakers adding that the fact that children do not have a value-added vote allows the authorities to overlook their welfare and support the widely accepted concept of not recognising children as individual rights holders.

For the love of life or tourism, protect Sri Lanka’s wildlife

June 26, 2020 byJennifer Anandanayagam No Comments
The human-wildlife conflict in Sri Lanka has been stuck at an uncomfortable crescendo for quite some time now, without any real solution being drawn up.

February 15, 2021 byNews Admin No Comments
With International Women’s Day falling on 8 March each year, the month of March has become a powerful time to reflect on the progress of women and women’s rights all over the world.