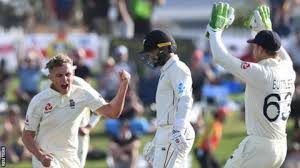 England continued to scrap their way into the ascendency on a hard-fought second day of the first Test against New Zealand.

Having ground their way to a competitive, if not imposing, 353 all out with the bat, their bowlers maintained the pressure to leave the hosts 144-4 at the close, trailing by 209.

Sam Curran took the key wicket of New Zealand captain Kane Williamson in the final hour, having made the initial breakthrough to dislodge Tom Latham.

May 3, 2021 byRevatha No Comments
A new initiative launched by SLTA