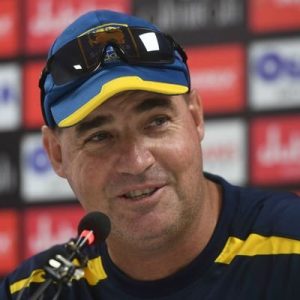 Sri Lanka are doing their early practices in England, at Old Trafford Stadium in Greater Manchester, the home of Lancashire County Cricket Club.

Woakes has not played T20 cricket for England since 2015. He comes in as one of the three changes from last March’s England tour of India. Ben Stokes, Jofra Archer, and Reece Topley all ruled out from Sri Lanka series due to injury.

With the T20 World Cup scheduled for later this year, England’s Head Coach Chris Silverwood has been quoted as saying: “We wanted to look at some of our experienced players who have not featured at this level for some time”.

England have six T20Is scheduled this summer, as well as series in Bangladesh and Pakistan ahead of the T20 World Cup which is to begin in the middle of October. 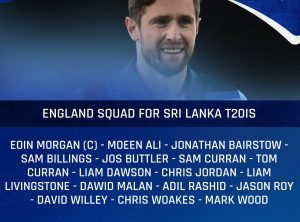 England T20I squad for SL: Chris Woakes has been recalled in the format for the first time since 2015

Woakes had played for Kolkata Knight Riders, Royal Challengers Bangalore, and Delhi Daredevils in the Indian Premier League (IPL) but not featured in T20Is since November 2015.

Dawson last played for England in 2018, yet he had to undergo a leg surgery later on, which kept him out of contention.

Recalling of Woakes, Willey, and Dawson effectively shuts the door for the likes of Saqib Mahmood, Lewis Gregory, and Matt Parkinson who have been on the fringes of England selection for over two years now.

Ben Stokes meanwhile is expected to return to England for the T20I series with Pakistan in July following recovery from a fractured finger.

Archer had a surgery on his longstanding elbow problem last month and his rehabilitation period has not been announced yet.

Topley, meanwhile, was ruled out of the entire England domestic T20 league –the Vitality Blast– due to a side strain. 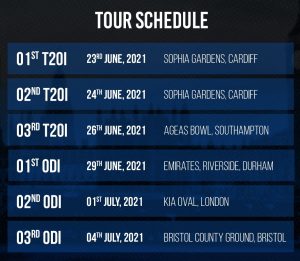 “With the T20 World Cup only a few months away, this summer is about perfecting our team and continuing to progress on the field,” Silverwood has added.

He has further said: “We want to approach every series with an influx of players aiming to win every match and giving us the best preparation as we get closer to the tournament. The likes of Woakes and Willey are very experienced cricketers, and to have them both in the mix is exciting and shows the depth of squad we have available. I want our team to play an attacking form of the game. I hope we can continue to excite the England fans with our approach.”

England are to assemble in Cardiff next Saturday (19), three days before the first of the three T20Is against Sri Lanka, starting on 23 June at the capital city of Wales.

May 3, 2021 byRevatha No Comments
The news that broke on Sunday in European Soccer