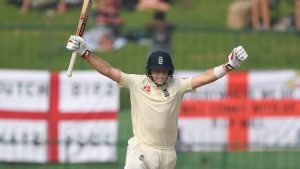 When England were here last time, in November 2018, they whitewashed SL 3-0 in the Test series under Joe Root

Before the two-match Test series, which will be part of the ongoing ICC Test Championship, there will be a three-day practice match between England and SLC Board President’s XI at Katunayake from 7-9 March. There will be another four-day game from 12-15 March at P. Sara Oval before the Tests.

The England team is scheduled to be here on 3 March and leave Sri Lanka on 1 April.

Last time they visited Sri Lanka, in November 2018, England, under the captaincy of Joe Root, whitewashed the hosts 3-0.

India currently leads the ICC Test Championship with a mammoth 240 points in five matches with Sri Lanka sharing the second spot with the Kiwis, having 60 points in two matches. England share the fifth place with the Aussies, with 56 points gained from five Tests.