England vs. India Cricket: Old Trafford cancellation and the Ashes 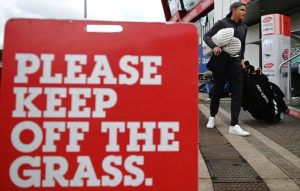 The dramatic last-minute cancellation of the deciding fifth Test at Old Trafford on Friday (10) between India and England has heightened the tension already surrounding the upcoming Ashes series between England and Australia, set to begin in December in Australia.

Several England cricketers have already expressed worries about the current situation in Australia, where arrivals are subject to lengthy quarantine, amid fears their families may not be allowed to join them, as would normally be the case, at some stage during the five-match series.

The Ashes this time is scheduled to be played from 8 December 2021 to 18 January 2022 in five different States in Australia.

May 3, 2021 byRevatha No Comments
Bangladesh vs. SL ODI series in Bangladesh