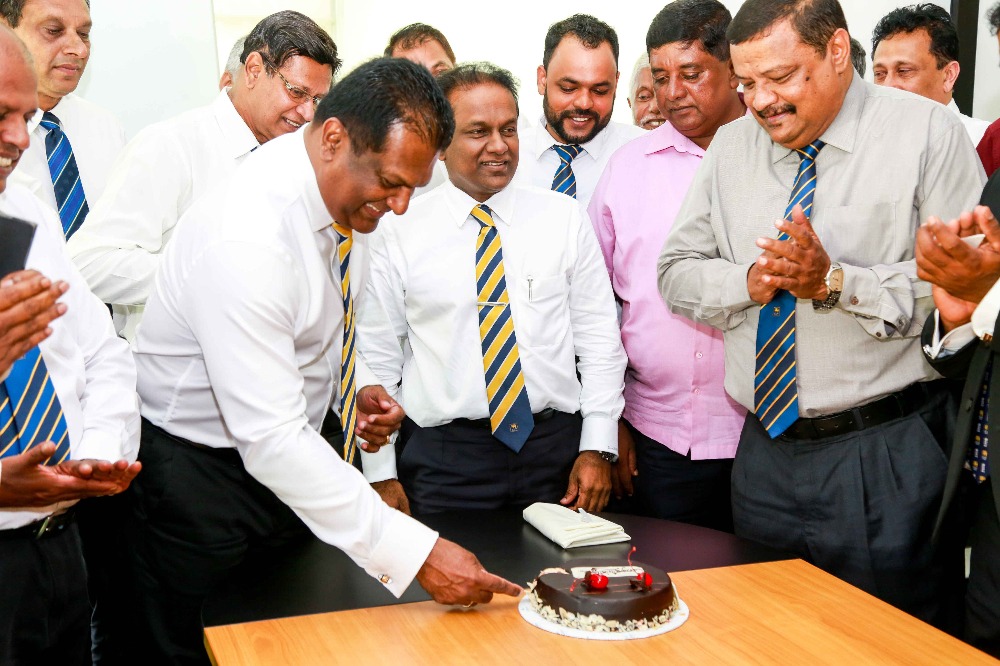 Sri Lanka Cricket will be hot soon, as its election time is nearing. Pictured is SLC President Shammi Silva cutting a cake after assuming duties in February 2021, under the auspices of former administrative stalwart Thilanga Sumathipala (centre)

Two-horse races on the cards; does incumbent Shammi Silva have the edge?

Sri Lanka’s cricket depends on Sri Lanka Cricket (SLC). SLC is always hot and, at the onset of this new year, is becoming hotter.

Its election is to be held before the end of May. Two parties are currently preparing themselves for the acquisition of the SLC hot seat. Can the incumbent Shammi Silva retain his place for another time?

During an extraordinary general meeting (EGM) held yesterday (7), SLC appointed members to its Election Committee in accordance with the current Sports Law of the country, which include Justice Malani Gunaratne (a retired Judge of the Court of Appeal), Justice Shiromi Perera (a retired Judge of the High Court), and Dr. D.M.R.B. Dissanayake (former Secretary to several government ministries).

“The SLC membership unanimously elected the members of the election committee, who will now be tasked to conduct the election of office bearers at the forthcoming annual general meeting (AGM) of the SLC,” SLC notified in a communiqué yesterday.

As mentioned above, two parties are now gearing up for the SLC AGM. The power lines of those factions are very strange this time.

The “historically” key players of local cricket board politics, Thilanga Sumathipala (though he can’t be “directly” involved in cricket board administration now due to legal restrictions), Shammi Silva, Jayantha Dharmadasa, and Nishantha Ranatunga et al, are divided in a very strange fashion this time around.

Number of votes to be reduced

There are about 147 votes at SLC elections. The number is awkwardly too much for a small island nation, even though her cricketing prowess is very large.

It’s understood that this number is most likely to be reduced to about 50 this time. How such a situation is going to affect the two main camps in this race is another interesting proposition to observe.

The Sports Minister has no direct role to play in SLC elections. But the way he behaves (overtly or covertly) with regard to his relations with the two main parties this time will also be extremely exciting.

Whatever said and done, sooner rather than later, Sri Lanka’s cricket administration will be hot. The heat will be felt on the field as well, in a year where nonstop international cricket is very much on the cards.

Naomi Osaka: US Open title ‘not the happiest moment’