November 21, 2021 by Dimithri Wijesinghe No Comments

This past weekend we saw Colombo Fashion Week (CFW) 2021 latest edition, Olu Swim Week, come to a close. Held under the theme “Environment is Luxury”, Olu Swim Week focused on luxury resortwear and the vital role that sustainability plays in the new normal. 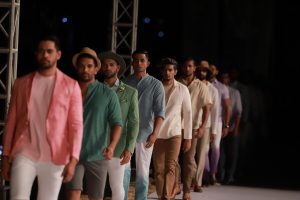 Olu Swim Week took place on 12 and 13 November, with day one taking place at the Shangri-La Colombo, and day two taking place at Colombo Port City and featuring eight designers.

Considering that CFW this year was bestowed the unique privilege of kicking off the season, being one of the first major events the public was able to attend following the extended lockdown, we spoke to CFW Founder and Managing Director Ajai Vir Singh and CFW CEO Fazeena Rajabdeen for their perspective on being placed in this rather exceptional position, which no doubt came with a host of its own challenges.

Noting that Olu Swim Week was likely one of the most challenging events he had taken on, Ajai shared that by launching in November, he hoped that the event would provide a form of solace and thereby “open up people’s mindsets, but responsibly”.

As for the challenges they encountered in putting the event together, Ajai said: “To me, every challenge has a success connected to it, so I love challenges. If you challenge me, I will come out better, and that is how it should be for everyone else. Challenges always bring out the best in a person.” He then left us with a little nugget of advice and a hopeful message, encouraging people to “go for it, don’t get bogged down mentally, open your mind and open your heart”.

Fazeena spoke to us about the road leading up to Olu Swim Week, saying: “There were a number of challenges, from the location, the designers not being able to get their collections in order, from not having staff, to not being able to openly do anything. The challenges were tremendous, but with challenge comes opportunity and we are all about that.” She added that the team was able to set some great precedents this season, especially with the sustainable side of fashion, making special notes of CFW’s responsible meter: an evaluation tool that assesses the responsibility, accountability, and transparency of each garment presented at CFW by any designer. Each garment carries a tag that expresses its responsible score and hopes to encourage designers to be more sustainable in their production and consumers to be responsible with what they buy.

Highlighting another challenge turned opportunity, Fazeena explained that the pandemic has shone a brighter light on sustainable fashion, sharing that consumers are now more aware and open to learning about the brands they consume and in holding them accountable.

As always with CFW, the fashion was immaculate. We spoke with some of this year’s designers, who shared their struggles leading up to the event

Aslam Hussein shared that he took this year’s prompt to showcase the best of luxury resort wear incredibly seriously, especially the sustainability factor, saying: “…I recycled some of my garments as well and this time my collection was inspired by nature, which is why you will see a lot of florals and prints.”

Seema Moceri, one half of the design duo behind Karma Collection, shared that Olu Swim Week marked Karma Collection’s first showing at CFW, which was a moment of great pride. She noted that due to the challenges posed by the lockdown, they were unable to source any new material and had to really utilise everything they had in their workshops. Seema said that Karma Collection is incredibly proud of what they were able to achieve by using materials entirely from what was left in their workshops and nothing getting imported from elsewhere.

Charini Suriyage shared that her collection was inspired by the beauty of Jaffna, and that Jaffna’s beaches, the Fort, and the feeling of the city really opened her eyes to something new. She also shared that she was excited to be able to finally get out of the house, change her routine, and visit Jaffna and immerse herself in a beautiful new setting.

Fouzul Hameed of Hameedia shared with Brunch that he was grateful to be part of Olu Swim Week, as it allowed him and his fellow designers to once again showcase their work and strive to further the future of the fashion industry as we all get back into our old rhythms.

Darshi Keerthisena of Buddhi Batiks shared that her own collection was inspired by the things she occupied herself with during the past lockdown, where she got into watching K-dramas and dabbled in a bit of K-pop, which has made way for her “easy wear style collection”. She shared that while things were difficult, “I kept thinking to myself, just turn and manage and work with the challenges as they come”.

Indi Yapa Abeywardena of INDI shared that her collection was all about “getting the party started” saying: “We have been through a lot in the past couple of years, so what I was thinking of was our environment, where we are, reconnecting with our social networks again, getting out, and to be okay.”

Guests and a bit of criticism 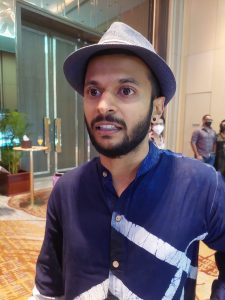 At the end of each show, we checked in with some of Olu Swim Week’s guests for their thoughts on the experience, and many of them expressed similar sentiments of how they were incredibly happy to be out and about (finally) – and that being at CFW surrounded by art and expression was really just an added bonus.

Thushan Pamunuwa, who was attending CFW for the first time, shared that he was very impressed by how smoothly everything was set up. He noted that the ramp is on the same level as the audience and not an elevated stage, which was a pleasant surprise that gave it an intimate feel. “It was really nice, amazing to be coming out again and thankfully the event was well organised. I liked that it felt different to what we have come to expect from a standard fashion show,” he said. 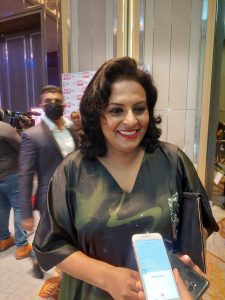 Sharing similar thoughts, Anjani Kalugampitiya also expressed that she was also simply happy to be out and about and was thankful to the organisers for pulling Olu Swim Week together in such a short time. She added that considering the past years, this time there was a strong sense of purpose, and she felt that there was a burning passion in everyone’s eyes to have this event be a success. 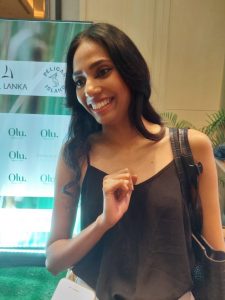 Speaking to Brunch, models Seshani Gamage and Wasana Gunasinghe also expressed that the show was incredible, and that the experience backstage was somewhat like a small close-knit family. Considering the time they had and the effort that went into it, Seshani shared that she is incredibly proud of how things turned out. Wasana added that while she had a great time, she hopes that the designers who worked the hardest feel satisfied that their work had the opportunity to be widely appreciated.

While the majority of the comments were positive, it was surprising how much of the criticism was focused on CFW being far too elitist by choosing to feature only a handful of already established designers. Many of the audience members we spoke to shared that “they had hoped to see something new rather than the same old stuff”.

With regards to this particular criticism, we have to wholeheartedly disagree. It’s important for us all to keep in mind that CFW is the showcasing of each individual designer’s upcoming works – the event alone does not exist to serve as a springboard for every single up-and-comer stepping into the industry. Any fashion week, anywhere in the world, serves the purpose of informing fashion enthusiasts what’s to come for a number of established brands, with perhaps a few lucky newcomers also standing a chance to showcase. The event simply is not obligated to feature 100% freshers just to give them exposure, and it must be noted that though Olu Swim Week featured only eight designers this season, two of these designers had never shown at CFW before. 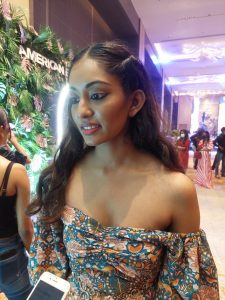 The designs this year were chosen to showcase works that were vibrant, luxurious, and representative of their experience over the past two years. Brunch had an in-depth breakdown of each designer’s works on our daily coverage of the show.

If we were to criticise anything about CFW, it would have to be one single nitpick on the venue – while day two was the better of the two simply due to the outdoor setting and the ocean side views adding an extra dimension to the experience, the infrastructure within the venue was abysmal. There was not a lot of thought put into how guests were to drive in and out of the show venue which was located deep within the Port City and the directions were simply not sufficient – there were name boards leading to the event but when night fell, we saw more than a few vehicles do a couple of doughnuts before figuring out how to exit the venue. There was also no shuttle service arranged to and from the show venue to the main entrance which was a huge drawback as a number of the guests ended up walking an ungodly stretch out of Port City in pitch dark.

Despite this (very minor) drawback, CFW 2021 was a resounding success. There was an almost unfair amount of expectation hanging over the event, as one of Colombo’s highly anticipated events CFW had a lot riding on these two days going smoothly, and we can safely say that they managed to pull it off.

October 17, 2021 byNews Admin No Comments
One of the oldest rituals in Sinhala culture is the “Kohomba Kankariya”, which is also the biggest. It is certainly the most expensive, requiring tremendous reserves of energy, effort, enthusiasm, and