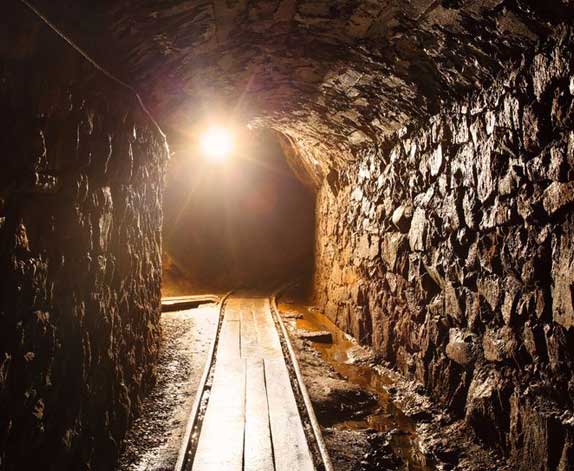 EOIs for Kahatagaha Graphite Mine in March

February 14, 2021 by Karen Hapuarachchi No Comments

Expressions of Interest (EOIs) for an investor to undertake value addition at the state-owned Kahatagaha Graphite Mine will be called in March, according to the Ministry of Industries and Supply Chain Management.

Speaking to The Sunday Morning Business, an official of the Ministry of Industries and Supply Chain Management who wished to remain anonymous, said that the Geological Survey and Mines Bureau (GSMB) is currently investigating the Kahatagaha Graphite Mine to create a profile for it that includes essential details such as the volume, area, and capacity of the mine itself.

“There is a special project committee under the Ministry that is handling this. The survey is going on, and is to identify the area and the volume of the graphite mine, the profile of the mine, and other details, so as to get applications for investors. This has been initiated by the Geological Survey and Mines Bureau, (and is to be completed) by the end of March,” commented the ministry official.

Moreover, after the GSMB’s investigation and survey is completed in March, the committee will go forward with the plan to call for EOIs for the mine.

Last year, the Ministry sought cabinet approval to call for bids to find an investor to undertake value addition to Kahatagaha graphite where the value addition will be to convert raw graphite into the highly valuable graphene.

It is known that vein graphite is priced between $ 1.2-1.8 per kg, while graphene is sold at around $ 3,000 per kg. Also, the capacity of the mine would be extended further, depending on the amount of investment the graphite mine receives.

According to Ceylon Graphene Technologies, Sri Lanka is the only place in the world where vein graphite is produced in commercial quantities. The Kahatagaha Graphite Mine is one of the leading producers of high-purity, natural vein graphite, where the mined graphite contains over 99% of fully crystallised carbon. The mine is unique in its low ash content and high-carbon, crystalline graphite.

July 7, 2021 byNews Admin No Comments
The Information and Communication Technology Agency (ICTA) is at the forefront of driving digital transformation to make Sri Lanka a digitally inclusive nation. The ICTA together with the Ministry of

January 24, 2021 byRusiru Keppetipola No Comments
The Sri Lankan rupee (LKR) which was depreciating in the past week, joins a number of depreciating currencies in the region including the Indian rupee and Pakistan rupee, according to the data..