EOIs next week for Kahatagaha Graphite Mine

February 16, 2020 by Madhusha Thavapalakumar No Comments 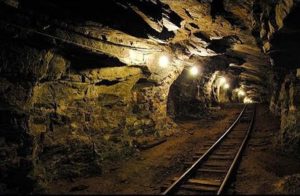 Expressions of Interest (EOIs) for an investor to undertake value addition for the state-owned Kahatagaha Graphite Mine will be called next week, according to the Ministry of Industries and Supply Chain Management.

Speaking to The Sunday Morning Business, Ministry Secretary J.A. Ranjith said that the relevant work is being carried out at the moment and the EOIs will be open for both local and foreign investors.

The value addition will be to convert raw graphite into the highly valuable graphene.

“At the moment, we are exporting just raw graphite. We want to add value and transform it into graphene and export, which would bring in higher export earnings,” said Ranjith.

It is learnt that the vein graphite is priced between $ 1.2-1.8 per kilogramme while graphene is sold at around $ 3,000 per kilogramme. He further added that depending on the amount of investment the graphite mine receives, the capacity of the mine would be extended further.

Early this month, the Ministry sought Cabinet approval to call bids to find an investor to do the value addition for Kahatagaha graphite.

According to Ceylon Graphene Technologies, Sri Lanka is the only place in the world where vein graphite is produced in commercial quantities. The Kahatagaha mine is one of the leading producers of high-purity, natural vein graphite, where the mined graphite contains over 99% of fully crystallised carbon. The mine is unique in its low ash content and high carbon crystalline graphite.

May 3, 2020 byCharindra No Comments
At a panel discussion hosted by The Sunday Morning Business, several construction industry stakeholders representing SMEs called for state intervention to help the industry.

December 15, 2019 bythemorninglk No Comments
The new consolidated Excise Act which was to come into effect in January 2020 is likely to be abandoned by the new Government.